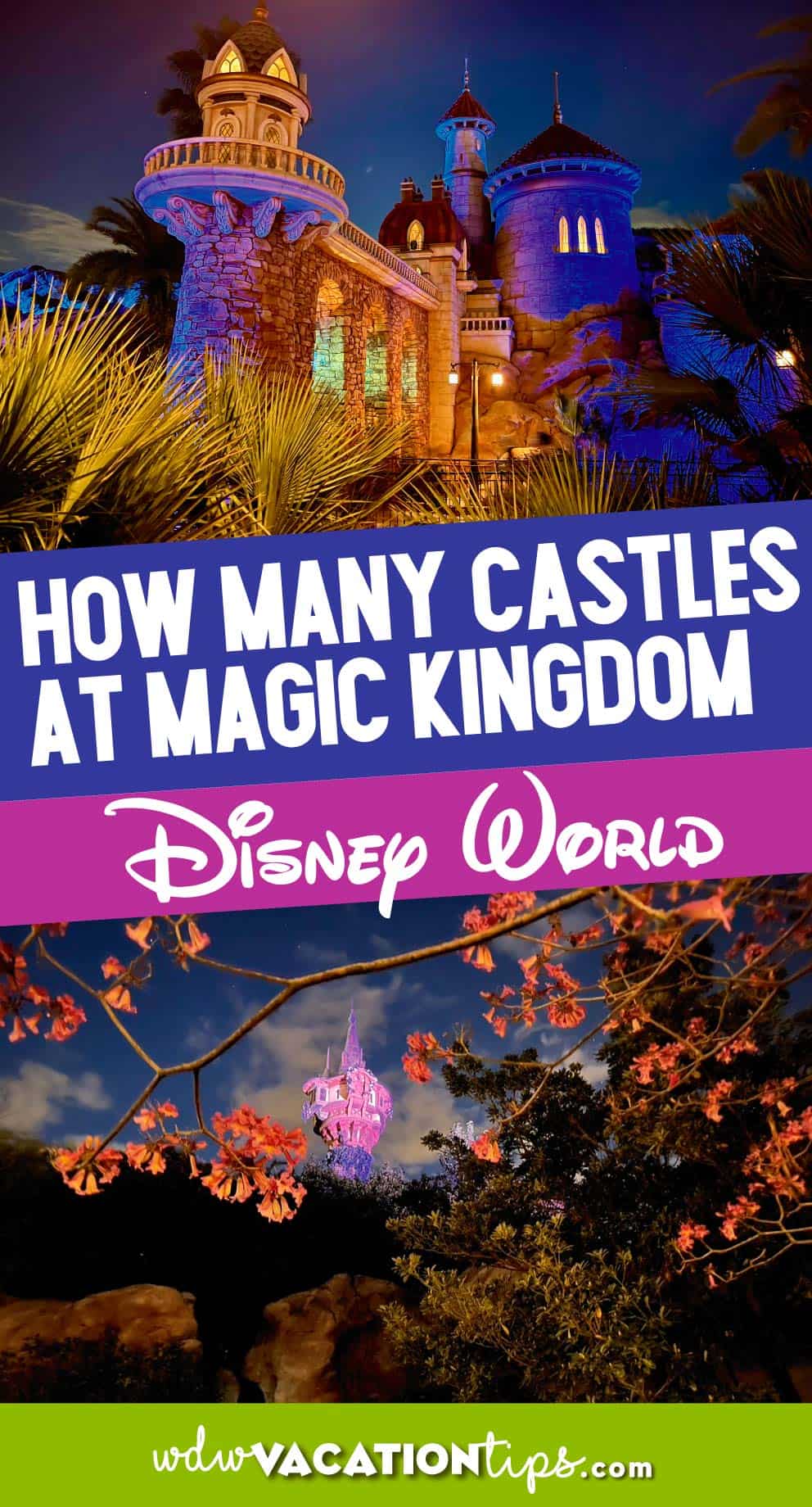 You probably already know that Magic Kingdom is home to Cinderella Castle. After all, it’s one of the most recognizable landmarks in all of Walt Disney World. But did you know that it’s not the only castle you’ll find in the Happiest Place On Earth? Take a journey with us to find out where all of the castles in Magic Kingdom are located, including fun tips you can bring with you on your next trip.

When New Fantasyland opened back in December 2012, the Imagineers added not one but two new castles for guests to enjoy. While we’ll get to the second one later on, fans of the Little Mermaid were overjoyed when they could finally see Prince Eric’s castle up close and personal.

Prince Eric’s castle is located in Fantasyland and is home to Under the Sea – Journey of the Little Mermaid, which is an omnimover dark ride which has you board a clam shell and journey under the sea with Ariel. During this journey, you’ll relive Ariel’s journey from under the sea to land, all of which is told from Scuttle’s perspective. On this ride, you’ll get to see Ariel, Prince Eric, King Triton, Sebastian, Flounder and of course the sea witch Ursula, who is over 7 feet tall and 12 feet wide.

Read more: Disney Rides you Should Never Make a Fastpass For

Be Our Guest is open for breakfast, lunch and dinner. Both lunch and dinner offer a prix fixe, 3-course French-inspired menu. For guests aged 9 and under, they can create their own 3-course prix fixe meal – all of which can end with the famous Grey Stuff that’s so delicious! Don’t believe me? Just ask the dishes!

Pro tip: If you plan on eating here, opt for dinner. Not only do you have an opportunity to snag a photo with the Beast as he roams around his castle, but you will be getting more bang for your buck. Breakfast usually consists of pastries, which you can get anywhere in the park for a much cheaper cost.

Fun facts about the Beast’s Castle

And now for the most notable castle in all of Magic Kingdom – Cinderella Castle! One of my favorite feelings on a trip to Walt Disney World is the first time I turn the corner onto Main Street U.S.A. and see Cinderella Castle standing tall at the end. This iconic landmark is one of the first things you’ll see as soon as you enter the Magic Kingdom and was inspired by the 1950 film, Cinderella.

Cinderella Castle is home to Cinderella’s Royal Table – a dining experience fit for royalty! Before sitting down for your meal, guests will enter the Grand Hall to meet Cinderella as she welcomes you to her castle. After meeting her, you’ll be brought to your table which overlooks Fantasyland. Guests will be able to dine with their favorite fairy tale princess including Snow White, Aurora and Ariel in her human form. We have also encountered Princess Jasmine and Belle here on occasion.

Read more: How to Stay in Cinderella’s Castle Suite

Pro tip: Bibbidi Bobbidi Boutique is temporarily closed due to the Coronavirus pandemic.

Going back to Fantasyland and next door to it’s a small world, you’ll find an area dedicated to the movie Tangled. Because this area is mostly known to be a bathroom area and place to store wheelchairs and strollers, many guests overlook this location and actually miss one of the most magical things about it — Rapunzel’s Tower and the Village of Corona.

Can you meet Rapunzel near her tower?

Unfortunately, no, but don’t worry! There are two places in Magic Kingdom where you can find her: in the Festival of Fantasy parade and at Princess Fairy Tale Hall.

I know what you’re thinking, the Haunted Mansion isn’t a castle and you’re right – technically – but it’s a large, sprawling estate and like the other castles mentioned on this list, we think it deserves its spot in the sun.

The Haunted Mansion is a an omnimover dark ride that takes guests through the old, decrepit Gracey Manor. As soon as you enter, you’ll board your very own doom buggy before journeying deep inside the creepy rooms of Gracey Manor, greeting grim grimming ghosts as they start to materialize before your very eyes.

Fun facts about the Haunted Mansion

Is the Haunted Mansion scary?

It can be, yes. While there is no gore you’ll find on the ride, it does contain some dark and frightening scenes, particularly in the attic when guests meet Constance Hatchaway and in the room with Madame Leota. If your child isn’t a big fan of the dark or anything spooky, it’s best to avoid this ride until they feel comfortable.

Pro tip: Due to the Coronavirus pandemic, the stretching room in the Haunted Mansion is temporarily closed in an effort to adhere to social distancing measures.

So there you have it, all of the castles in Magic Kingdom you have to see! Which one is your favorite? Be sure to let us know down in the comments.