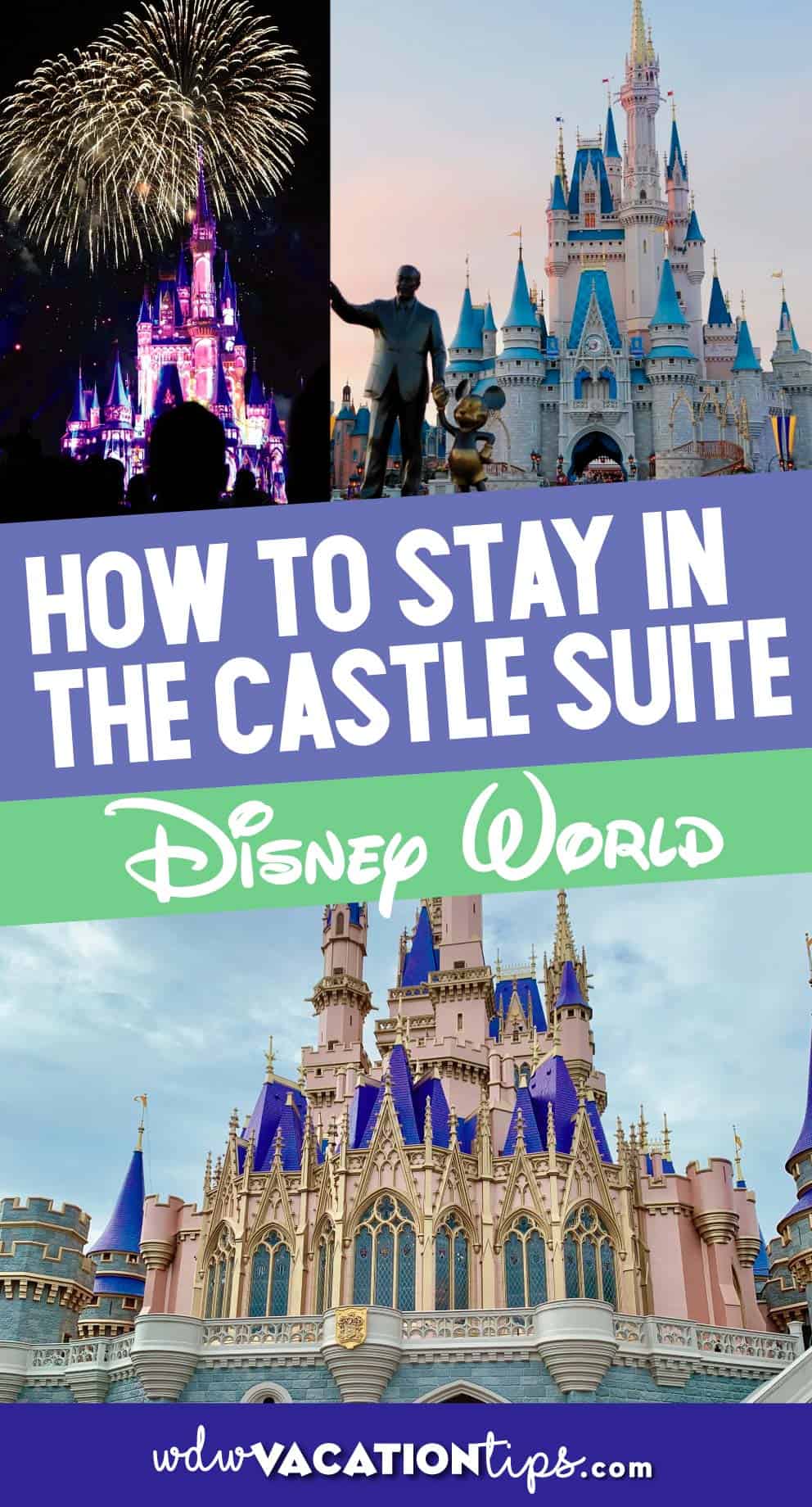 What is the Cinderella’s Castle Suite

This dream suite first came about for the Year of a Million Dreams promotion in 2006.

This space was complete by Walt Disney Imagineering. Originally guest suite space was built into the castle for Walt Disney and his family to stay. Of course, he never got to see the completion of his grand vision here in Florida as he passed prior to its opening in 1971.

The limited use of the castle suite is probably in part due to its special requirements to operate. Staying in the castle requires special staff to stay overnight in the theme park. This suite isn’t attached to or near any of the standard Disney World Resorts so it’s truly a one of a kind unique experience.

How it Looks Inside Cinderella’s Castle Suite

The inside of the suite is as lavish as you would imagine it would be. First, let’s cover how you get inside the castle suite. You will need a special Key to the World Card to unlock at the elevator that will take you up to the suite.

Rich tones of a distant time long ago in France fill this entire suite. You can see in the image below just how over the top and regal they made every element of the suite.

The centerpiece of Cinderella’s Castle Suite is this antique limestone fireplace. This fireplace was molded from an original wooden 17th-century Gothic wooden fireplace in France. While this isn’t a functioning wood-burning fireplace fiber optics create the look of glowing embers.

Take a close look at the beds inside the suite. The beds feature a custom carved crest for Cinderella.

If you are looking to relax after a long day in the parks, there is no better way than the soaking in this elegant tub. Just look up and see the night sky twinkle.

Of course, there are a few other treasures to hunt for once inside this exclusive suite. Cinderella has housed a few of her treasures here. Look for a glass slipper, crown, and a few other crown jewels.

If you don’t already follow the Bucket List Family over on YouTube I highly recommend that you start. I first came across this family when they did a special 30 stay in 30 days at Disney World. This was where they stayed at every Walt Disney World Resort including the ultra exclusive Cinderella’s Castle Suite.

How Much Does it Cost to Stay in Cinderella’s Castle Suite?

It’s like a Mastercard commercial, priceless. You can’t just book a night’s stay in Cinderella’s Castle Suite. People are invited to stay, win a giveaway, or in some rare cases a stay is auctioned off for charity.

Obviously, giveaways are free to enter so there is no price we can assign there but what about the past charity auctions? In 2019, a night in the castle was being auctioned off on Ebay as a way to raise money for The V Foundation.

The auction wasn’t solely for a night’s stay in the castle it also included round trip flights for four, transportation to Walt Disney World from the airport for four, two nights stay at a Disney resort plus the one night stay inside the Cinderella Castle Suite, park passes for four, a Disney VIP Tour and a $2,000 Disney gift card.

In the end, there was a fight to win with a whopping 114 bids placed!! A bit of a fight for this exclusive hotel room! But the real shock is the winning bid was a staggering $75,600. So if you had to put a price on staying one night in the castle, it’s $75,600 plus you get a whole lot of bonus stuff thrown in!

Of course, if you have the cash you may be waiting awhile as there has been no word of another charity auction since 2019.

Let us know in the comments below if you want to stay in the Cinderella’s Castle Suite. I know this is truly the ultimate Disney Bucket list item for me. I would love it if they even just allowed us to take a tour of the suite so I could just get a glimpse of its magic!