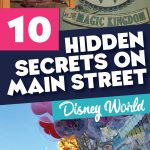 Let’s admit it. We all love “walking right down the middle of Main Street, USA” in the Magic Kingdom at Walt Disney World. Once your countdown to vacation is finally finished and it’s time to kick back and hang out with no one other than Mickey, remember these facts. Here are ten hidden secrets about Main Street, USA that will make you feel as if the pixie dust went up ten levels! 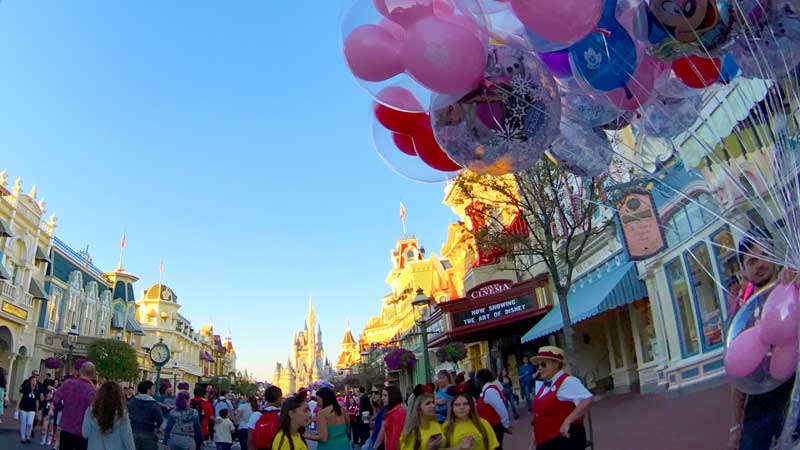 As you are coming through the entrance underneath Main Street Station, you are welcomed by our beautiful American Flag with a background of Cinderella Castle. Take a peak on top of all of the buildings on Main Street. You’ll notice each building holds a flag on a pole. These flags are actually fake. If you look closely, you will see that each of those flags are either missing stars or stripes. The poles that hold the flags play a major role! They are used to protect guests down on Main Street from lightning. All of the flags are fake because, according to the United States Flag Code, any real American Flag must be raised, lowered, and flown at half-mast daily. This job would be too tedious for cast members to do every morning and night.

Since you know the Pledge of Allegiance by heart and Disney music is always better, at 5 pm near the Main Street train station, you wouldn’t want to miss the retreat ceremony. Every night, there is a special tribute to those who serve this country by the Dapper Dans and band! Just when you thought it doesn’t get much better, a veteran is handed the flag. Hear the joy and pride of military music flowing down Main Street. 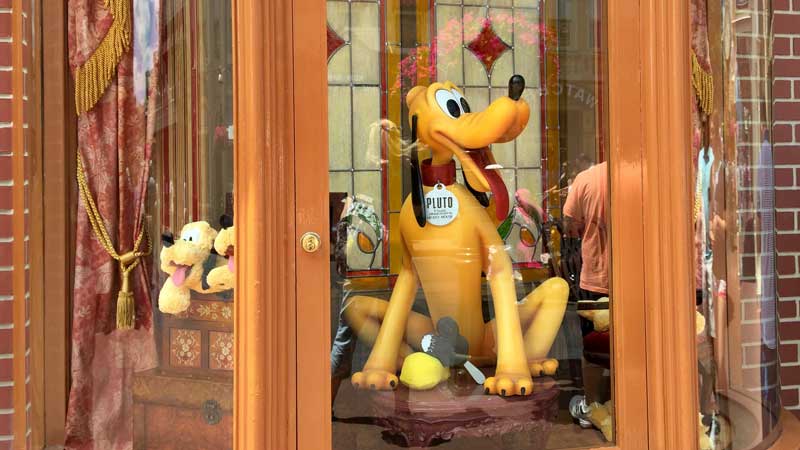 I know I’m not the only one who kind of gets frustrated when my nieces and nephews are constantly asking to be picked up to look in the windows of a store. Disney, yet again, beats the system. All window displays on Main Street begin lower than normal so little guys and gals don’t have to ask to see. With just a little tip-toe peak in, they can have their hearts filled with joy and say they saw it first!

As you’re walking down Main Street, have you ever wondered “how on Earth does it smell so good?!” Well, Disney installed a fragrance system that pumps out smells so the sweet smell of the Confectionary makes you want to race inside. The name of this system is Smellitizers! They look similar to a wall speaker and are found under some window displays, or hidden in the molding of the exterior of a shop. Now, be on the lookout for these smellitizers so you can breathe in the deliciousness.

Continue down Main Street, and to your right just after Uptown Jewelers, there is a hidden cove. This cove is a wonderful place to kick back and enjoy a beautiful Florida day. If you sit long enough, you might catch singing lessons! Look up on the second floor for a window that says “Voice Singing Lessons” and listen close! You will hear a girl practicing to be the newest cast member from the open window.

The buildings on Main Street, modeled after Walt Disney’s hometown of Marceline, Missouri, seem a lot taller than they actually are. To make this illusion possible, they are constructed to be smaller the higher they go. Next time you glance up and take in what is around you, notice the size of the detailing compared to the scaling of where you are standing! Pretty neat, right? 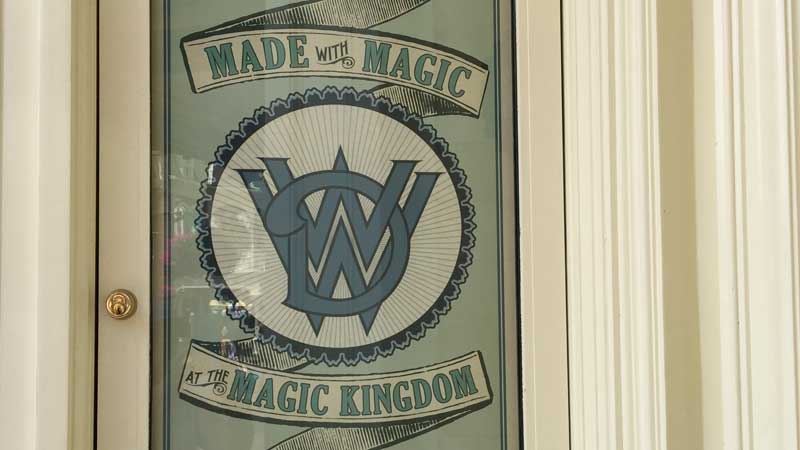 While we are talking about the buildings, I’d like to mention this cool fun fact. On the second floor of the Main Street shops, you’ll notice each window has lettering decals. These names and positions signify each Imagineer who held a great responsibility for the making of Magic Kingdom. Try to spot Roy Disney’s window; Walt’s older brother! Walt has two windows. One on the outside of the train station as you are walking in, and just above the ice cream shop. They chose this location because ice cream is Walt’s favorite and it is facing his beautiful dream that turned into reality – Cinderella’s Castle.

At the end of a long night, crowds are pushed to the exit and it usually takes forever. Well, it’s a lot faster than what it would’ve been! Main Street is actually on a slight incline as you approach the castle so when everyone exits, they are technically walking downhill. This makes the exit swifter and a little more faster. Who knew, right?

Your mind is probably already all wacky from #8, but this fun fact will top that! The Magic Kingdom is 13 feet above sea level. You’d never expect that because 7 Seas Lagoon is right as you exit, but here is why! Located underneath the Magic Kingdom, there is an underground system called “Utilidors”. This is where cast members prepare themselves for magic, and how they transport from land to land. Fun Fact: you never see a cast member walking amongst the crowd.

As you are in or out of the park, be sure to grab a park map. Take a close look at the way the castle and lands are set up. They follow a hub and spoke layout, the castle being the hub and the lands branching off as the spokes. Walt Disney made it extremely easy to get from place to place, including the access to the castle from wherever you are standing.

Hey guys, welcome back! Now that we journeyed up and down Main Street, USA I think it’s time to head to the Main Street Bakery for some Starbucks, am I right? I hope these 10 hidden secrets about Main Street, U.S.A make your trip extra magical. Share your favorite hidden Disney gems in the comments below. Thanks for reading! If you want some more Magic Kingdom tips read our Magic Kingdom Must Dos!