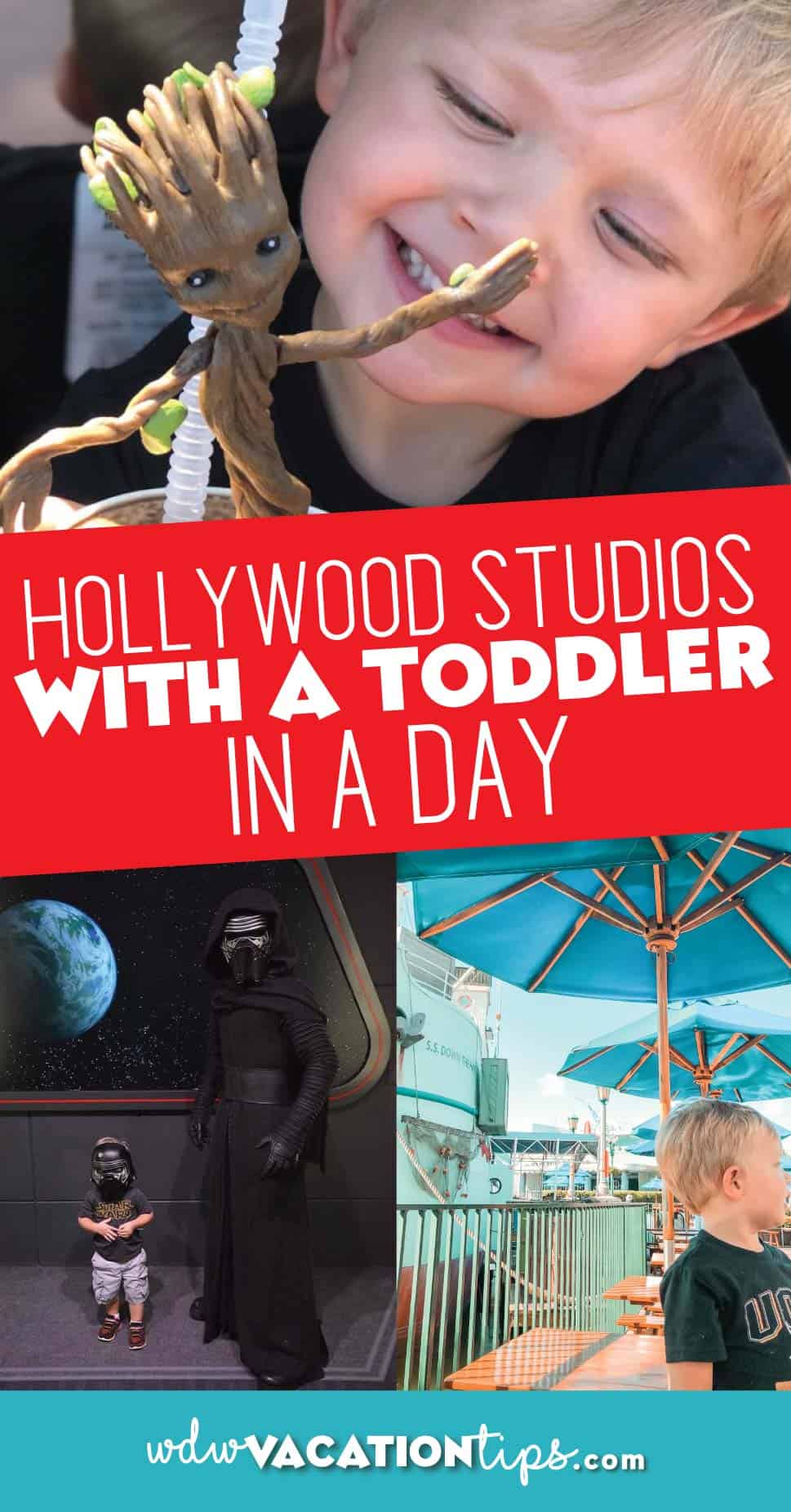 Main Street is my happy place, I’ve yet to find a specific spot that brings me as much joy as that street does. With that said my favorite park is hands down Hollywood Studios! Disney’s Hollywood Studios has that smaller park vibe (I say this before Galaxy’s Edge) and it’s the easiest park for many reasons. I often say if you can’t find us on Main Street you can find us on Sunset Boulevard. We’re Star Wars fans and just big movie buffs in general so this park speaks our language. This is one of the only parks we can enter in the late morning and stay until the evening shows begin, and that’s saying a lot when you have toddlers in tow! Here’s how you can tackle Disney World’s Hollywood Studios with preschoolers. 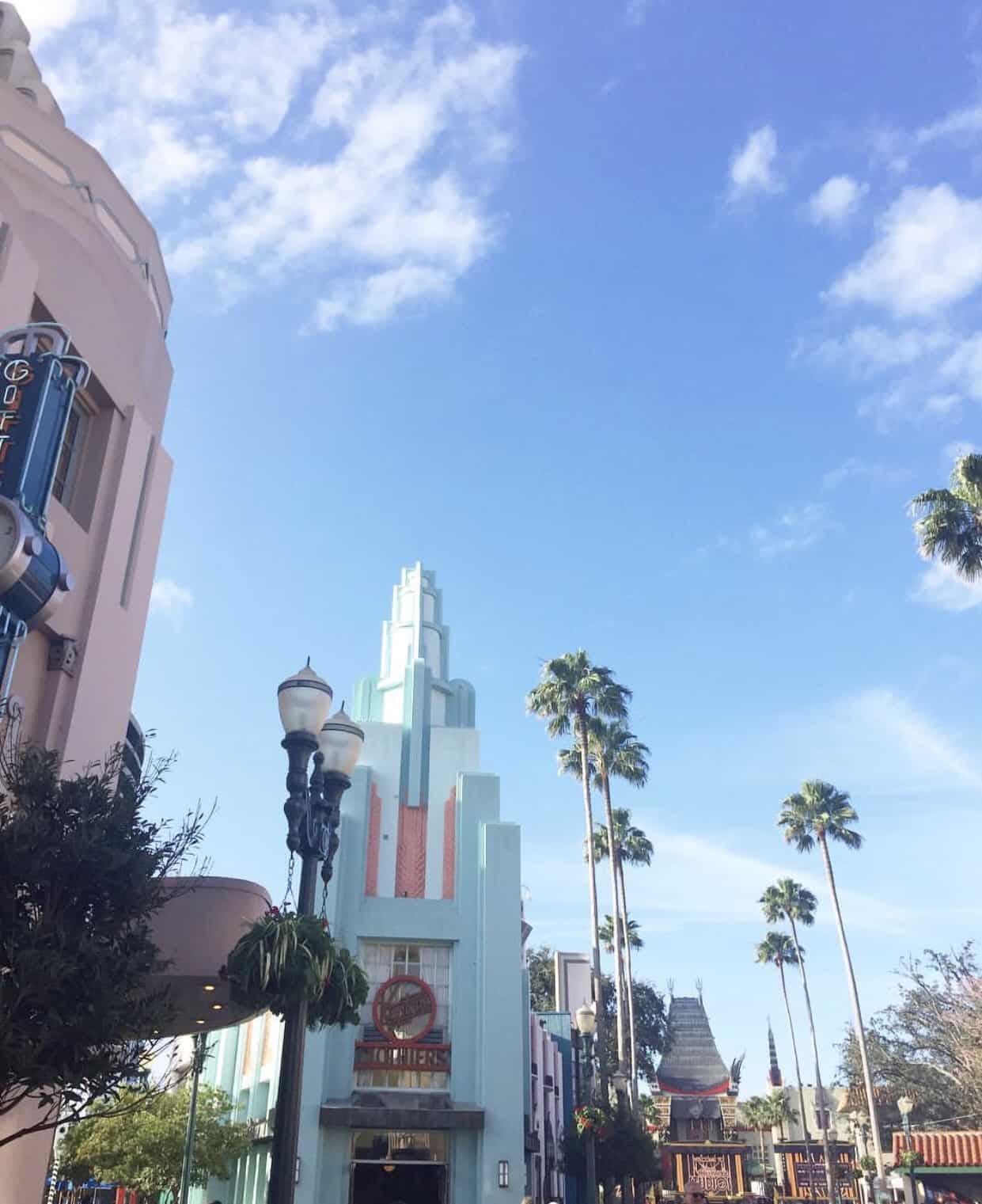 Plan Ahead for Hollywood Studios

Set fast passes. If you can snag them, I recommend fast passes for Slinky Dog Dash, Rockin’ Rollercoaster, Star Tours, and/or Tower of Terror. You can only get 1 fast pass in Toy Story Land so look for Toy Story Mania and Alien Swirling Saucers as well. I would not stress over fast passes for the shows such as Beauty and The Beast and Indian Jones, however, we have set fast passes for those and it was nice being seated first. The only reason I would set those as a fast pass is if you have decided to not try to snag a prime ride fast pass or simply couldn’t.

We typically ride 1-2 rides in Toy Story Land. Then we will head over to the front of the park to watch the Indiana Jones Stunt Spectacular. Plus don’t forget to enjoy Frozen Ever After (my favorite!) during each Hollywood Studios visit. The park is spread out perfectly in my opinion so you can check wait times and stroll leisurely with the toddlers toward your destination with plenty of things for them to enjoy along the way. Fast passes are life, so I wouldn’t second guess snagging what you can even if you’re planning a full day long adventure. 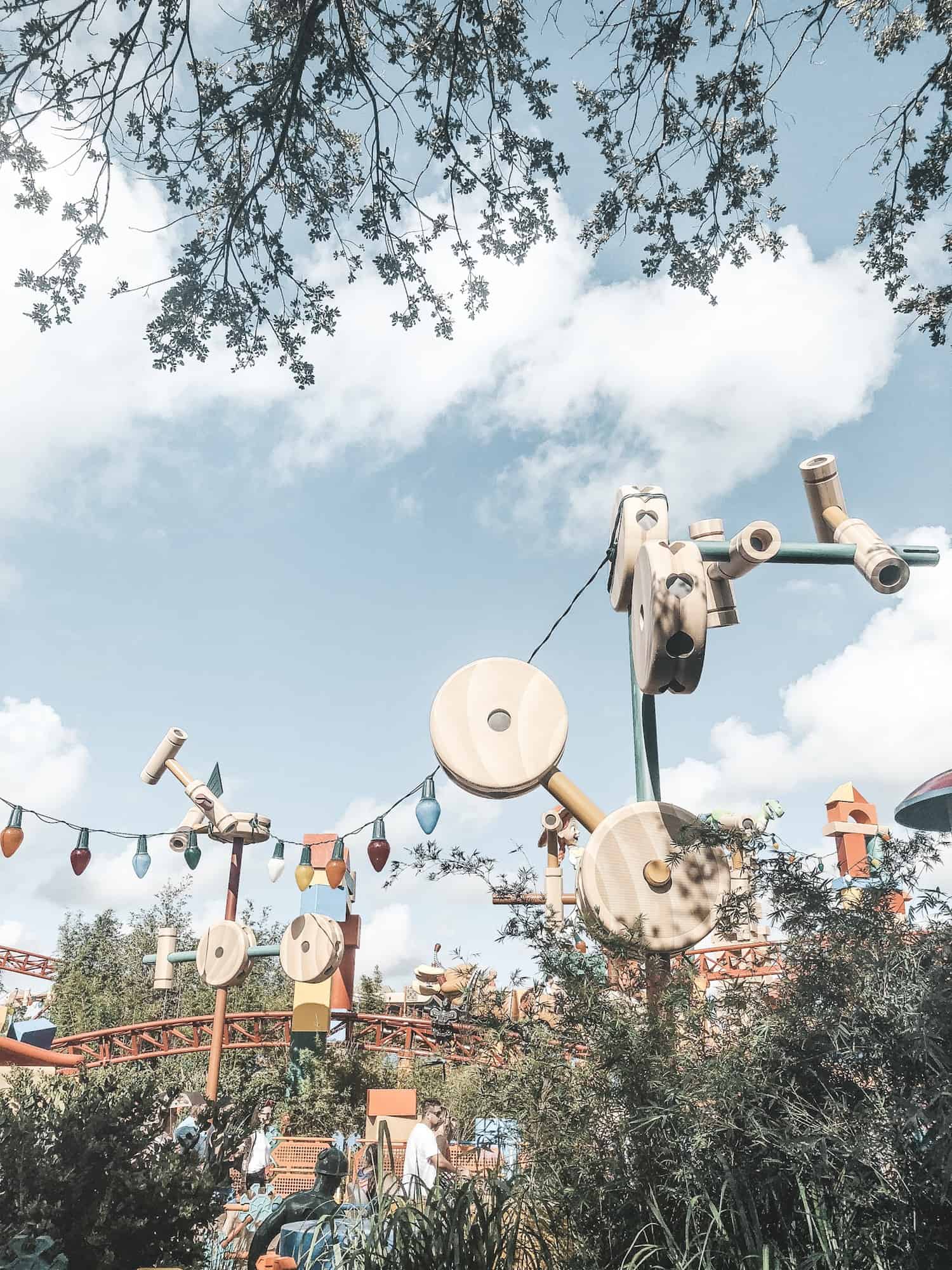 Stop to see the characters, each one of them, and look for photo props! There is a variety of character meet-n-greets at Hollywood Studios. Some of these include Mickey and Minnie, Chewbacca, BB-8, Kylo Ren, Chip and Dale (you’ll spot them on the street). Plus there is a vast variety of props for photo opportunities. There is a variety of Star Wars props to take photos with and the scenery in the park is amazing.

I like taking photos down Sunset Boulevard with the Tower of Terror as my backdrop (those palm tree views are just fantastic), with the “limited time” characters which can be located right as you enter Toy Story Land (we met Star Lord and Groot during the summer there), and you’ll probably snag a candid with a Stormtrooper in the background. Our boys love Star Wars so they love the character ops at Hollywood Studios. 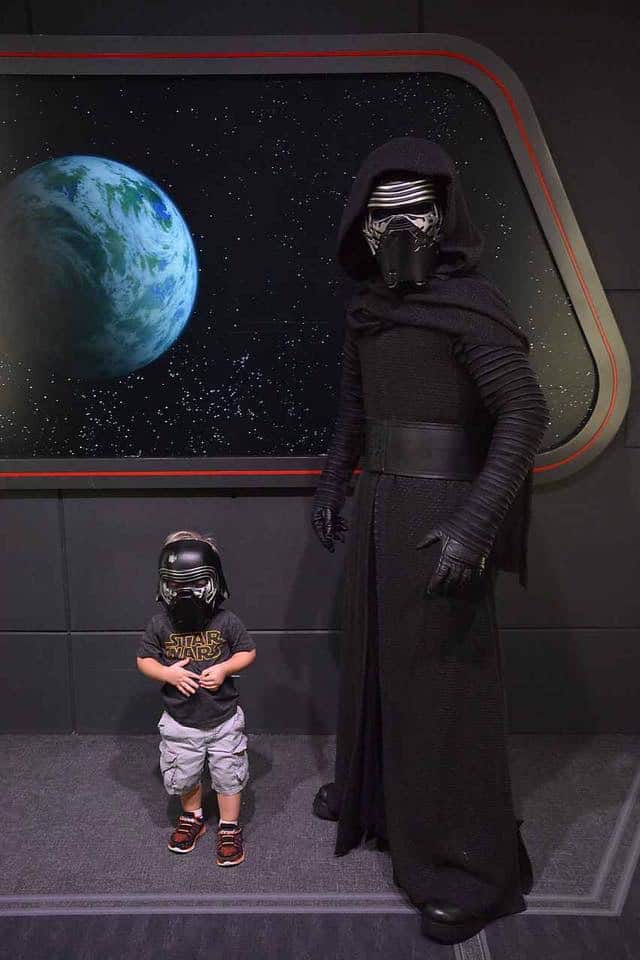 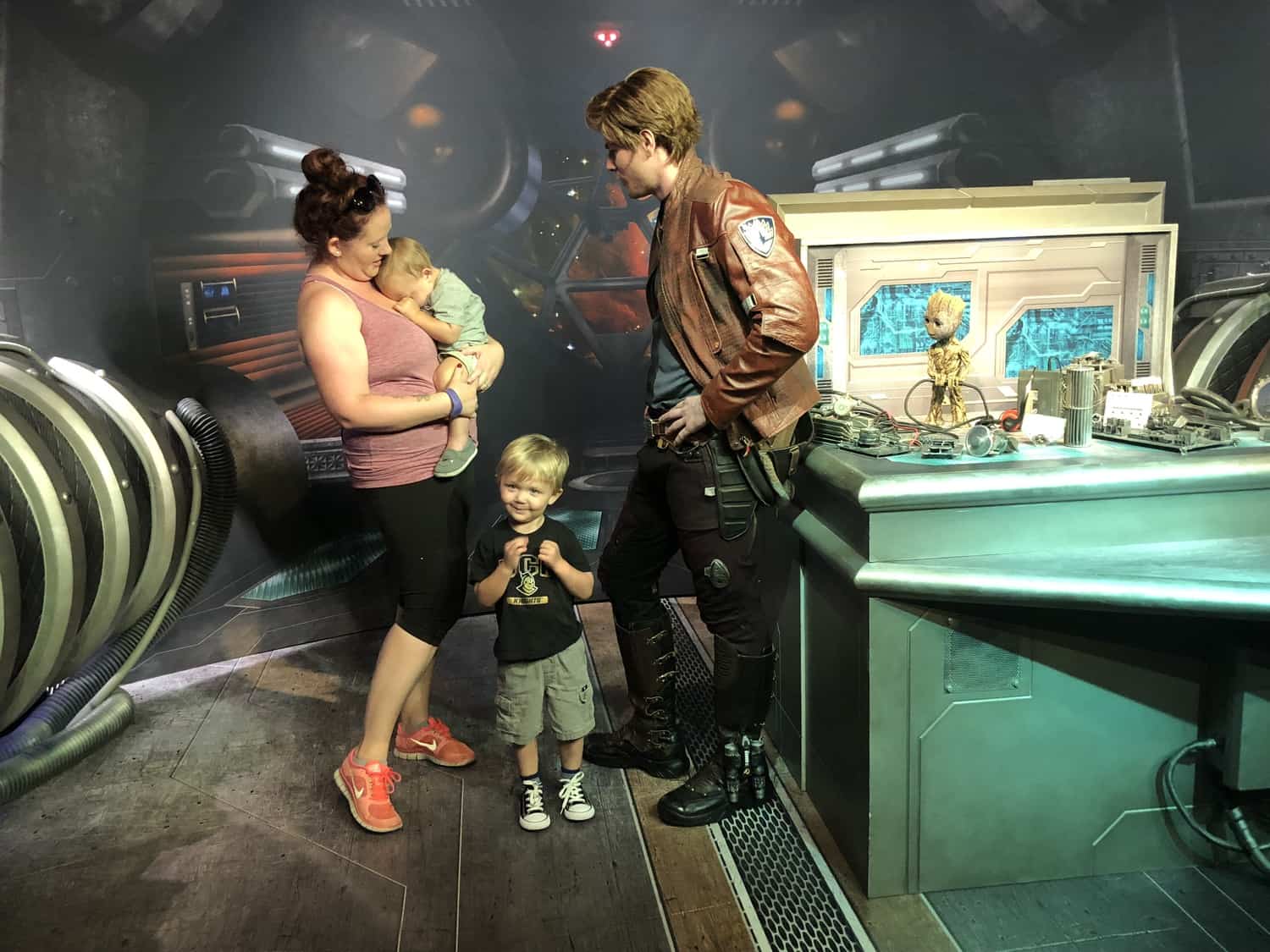 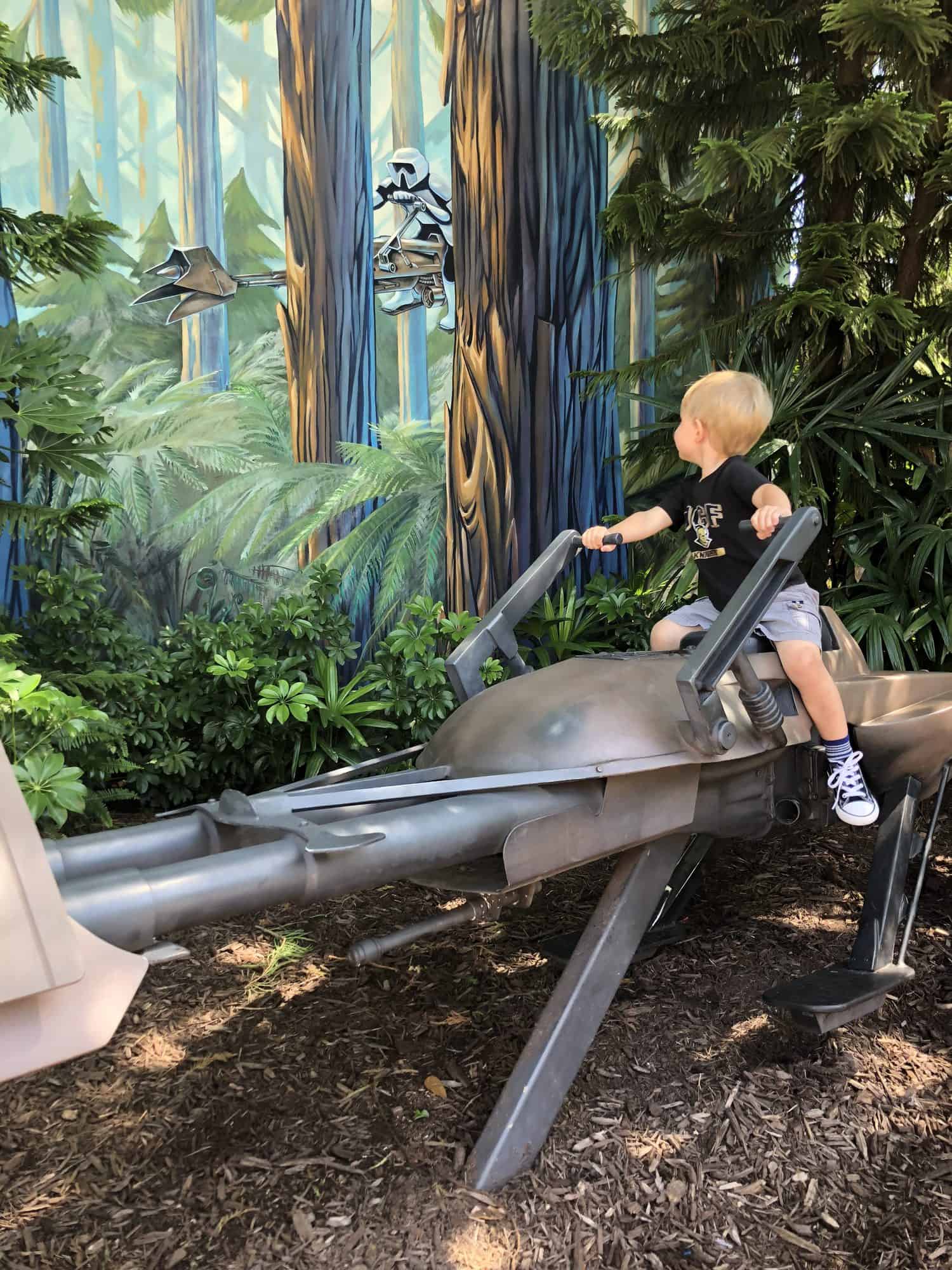 Dining with Toddlers at Hollywood Studios

The snacks and food options are some of my favorites of any theme park. We love finding a cozy spot in the Backlot for quick service, but I can’t recommend the spots that tend to require reservations enough. The Brown Derby offers a character breakfast ideal for toddlers, Sci-Fi drive-in is such a fun experience, and more! Be sure to make arrangements in advance for your dining experience as many times reservations are required. The funnel cakes are so good and a must-try snack option at Hollywood Studios. I’m certain you could spend 1-3 hours just eating the yummy Disney food at this park! 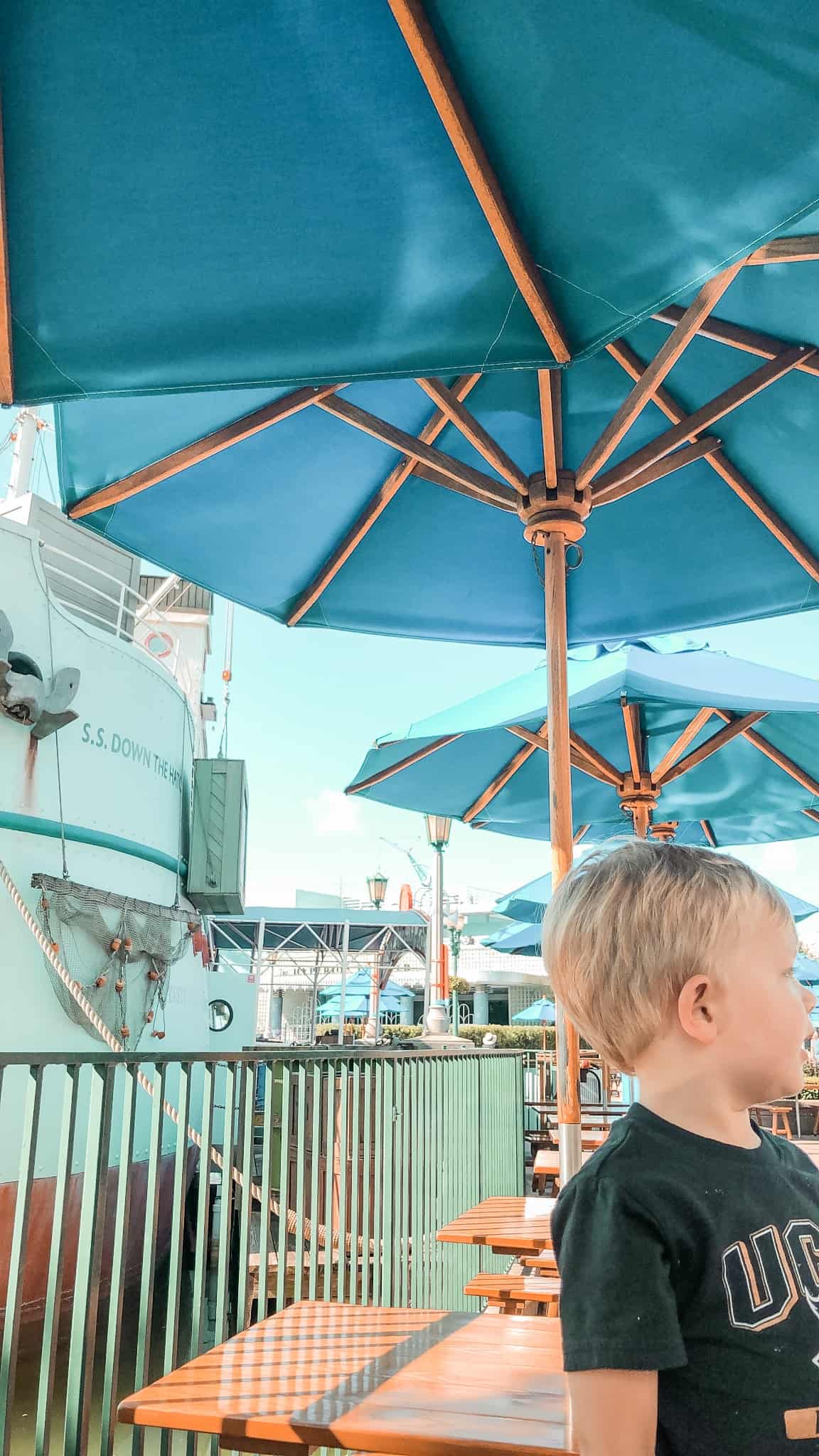 Shows for Toddlers at Hollywood Studios

The evening shows are my most favorite. There are 2 shows that run in the evening both in front of the Chinese Theater and one being the famous Star Wars show – it’s so good! Even if you’re tired from the long day of activities it won’t take long to enjoy both of these shows to wrap up your day. I can hear the tired toddlers now, but once the projection show begins all will be right in the world again. Prior to getting seating for the show, we let the boys pick out a sweet treat or toy… that tends to boost the excitement. This is also a great time to get popcorn because Disney popcorn is always a good idea. During the holiday season, the shows change slightly and they are just as exciting and a must-see as well. The Tower of Terror runs a constant fun projection show with snow (or snoap as us Floridians call it).

Take your time exploring each area of Hollywood Studios with preschoolers. The vibe on Sunset Boulevard differs from the entire feel of the Star Wars Launch Bay (which I could spend an hour in minimum). Then you have other areas such as Toy Story Land which has a feel of an entirely separate park. Don’t feel rushed in each area and give the kids breaks when they need them, but soak up the magic that Hollywood Studios offers because it’s all sorts of wonderful. 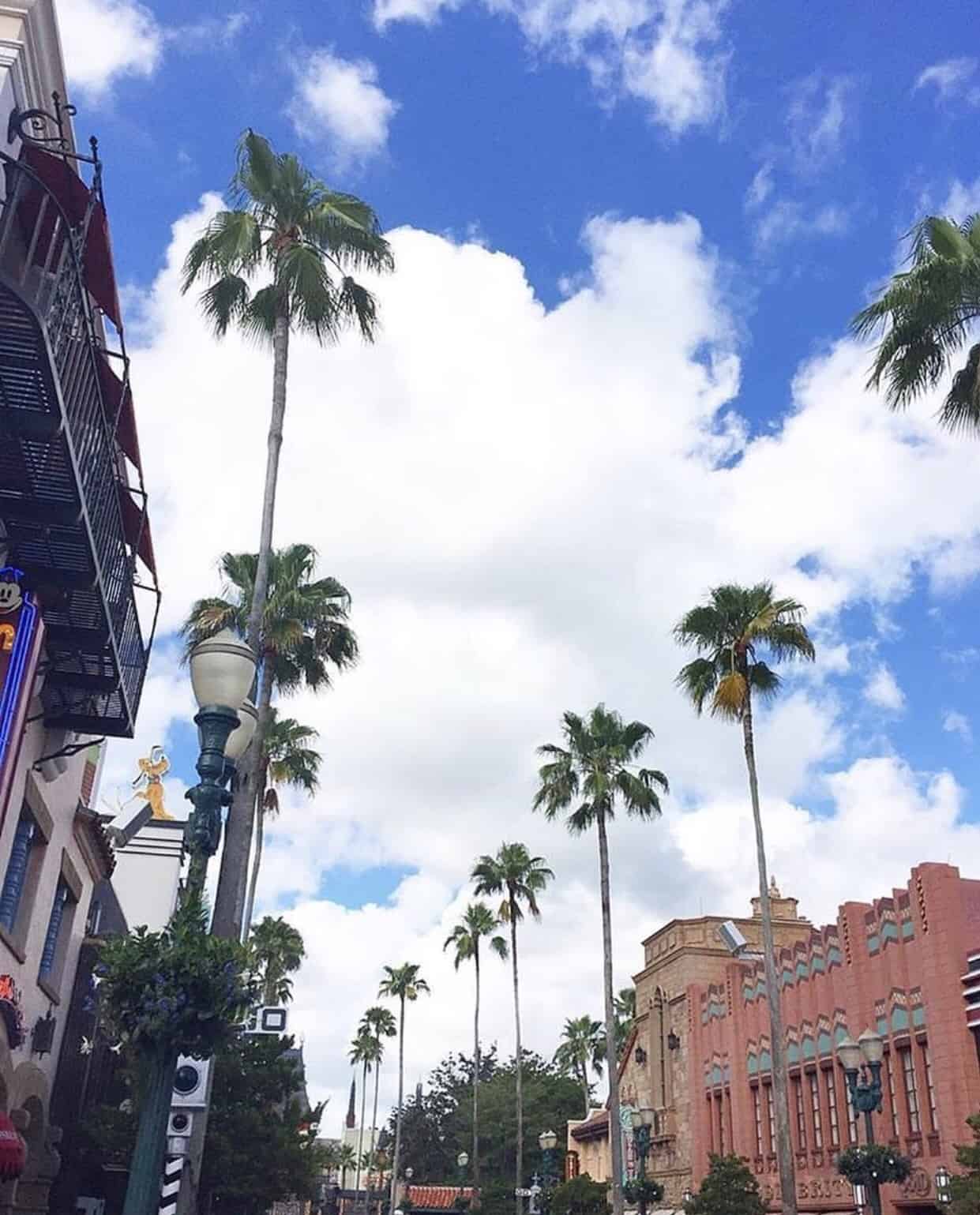