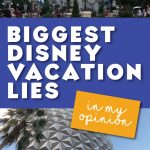 There is so much anticipation that comes with waiting for your upcoming Disney World vacation. Before your trip, you will often get unsolicited advice from those at work, friends or family members. Some of the wisdom they impart may not be true, there are a lot of misconceptions about a Disney vacation and we wanted to take the time to clear the air and set the record straight. The following are the biggest lies about Disney World vacation we hear. 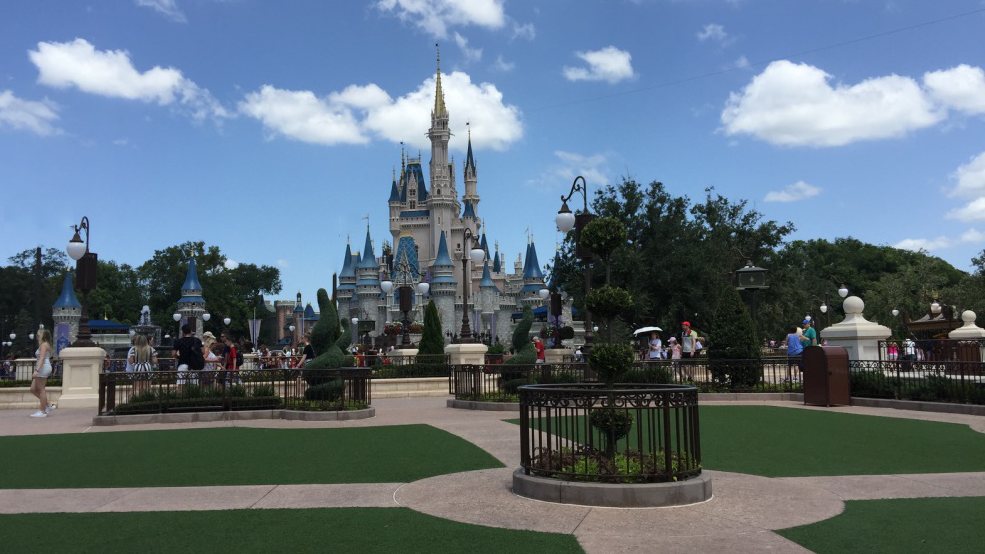 There Are No Thrill Rides

While you can find other theme parks that focus more on the high-speed thrill rides, there are quite a few that can be found on property at Disney World. You have the high-speed thrill coaster Expedition Everest at the Animal Kingdom that will have you climbing a 199 foot forbidden mountain, reverse direction and encounter a Yeti. The Magic Kingdom features the “mountains” (Space, Splash, and Thunder) all thrill coasters! Hollywood Studios will have you screaming as you drop 13 stories in the Twilight zone Tower of Terror or you can speed through the freeways of LA to get to an Aerosmith concert on Rock ‘n’ Roller Coaster with multiple inversions. Epcot is home to the least amount of thrill rides but Test Track and Soarin’ still delight thrill seekers!

Disney Is Just for Kids

This one ties into the no thrill rides comment stated above. The thought is that Disney gears everything towards children. In reality, the whole concept of Disney World is creating a space that the ENTIRE family can enjoy together. We even took the time to put together a list of the Best Rides that Everyone Can Enjoy at Disney World. In addition, EPCOT offers multiple festivals that are targeted to adults.

Disney World and Disneyland are the Same Things

Two different states, two different beasts! Disney World and Disneyland are far from the same thing. While both parks share some common attractions Disneyland is significantly smaller and gives you a more intimate feeling. Disney World is massive, easy to get lost in and has 4 theme parks compared to only two in Disneyland.

It’s too Hot to Vacation Florida

Well okay, this one may be a little true! During the summer months spending lots of time outside is just oppressive to put it nicely. I would say the worst of the heat hits from June through August. Also true is the fact that I can’t think of a better place to be from November to April! For more: read our best tips on How to Stay Cool at Disney World.

Disney World is too Crowded

It can we very crowded but there are still lots of great times to visit when Disney isn’t all that crowded. We have the full month by month breakdown in our Disney Crowd Calendar. Generally speaking, avoid holidays at all costs and September and January tend to be the quietest months.

So Expensive you Can’t Afford a Trip

The cost of your Disney vacation is what you make of it. There are lots of fantastic ways that you can save money on your trip! You can pick lower costing food and hotel options for example. However, there are lots of places you can make upgrades on your trip and they do add up really fast.

Suggested Reading: All the Ways you Can Save Money at Disney and How to Save Money When Eating at Disney.

There definitely are some spots we aren’t crazy about eating at when we visit Disney World. You can read more about it here Worst Disney Dining Sit Down Restaurants. But on a whole, the food at Disney is fantastic, especially when you stack it up against other theme parks. For a look at our favorite spots read Best Disney World Restaurants.

Four Days is all you Need to See Everything

Four days four parks, you will totally be able to accomplish everything Disney World has to offer. WRONG! I have been visiting Disney World for more than 25 years and I still haven’t done everything yet! Plan for a length of stay that makes sense for your family and for your budget. But please don’t kill yourself trying to squeeze everything in a short time. Take it slow and prioritize what is most important to you.

You Only Need to Visit Once

WRONG! I can’t believe I actually had to type those words!!! As I was saying before I still haven’t even experienced everything Disney World has to offer and for the last few years I have lived next door to it! There are changing entertainment and festivals, to name just a few items that are not rides and shows. There is just a certain magic at Disney World that is infectious, it has you wanting to make trip after trip, just ask someone who has been!

Never Get the Disney Dining Plan

While the Disney World Dining Plan does not make sense for everyone, that doesn’t mean no one should buy it. I outlined some Reasons You Should Never Buy the Disney Dining Plan there can still be many great benefits. If you like eating really big meals, pre-paying for your meals ahead of time so you don’t have to worry about it, or tend to eat the most expensive thing at every restaurant then the dining plan could, in fact, save you money and be a better option. Here is an in-depth look at How to Get the Most Out of the Disney Dining Plan.

There's a thrill ride in Epcot that's missing on here, it's Mission: Space, in fact, it's a thrill ride like no other, it's unlike anything you've ever experienced (unless you've been an astronaut and went to space). It's so extreme that riders should be in Perfect health and free from high blood pressure, heart, back or neck problems, motion sickness, and other conditions. In fact, from June 2005 to June 2006, 194 riders were sent to the paramedics, and 25 people passed out, 2 people had difficulty breathing, 16 had chest pains and irregular heartbeats. 2 people died, the 1st was a 4-year old boy who met the 44" height requirement (not reported on here) from a pre-existing and undiagnosed heart condition, and the other death was a 49-year old woman who had a stroke caused by high blood pressure. The G-forces during liftoff, lunar slingshot and reentry to Mars are highly sustained, making it harder to handle than roller coasters, and it's caused by the fact that the ride spins on a centrifuge, like those found at NASA, but you don't feel the spinning, but you do feel the g-force. In 2006, Disney added a tamer version of the ride, it's called Green, renamed Earth in 2017, and it's a lot let intense, even less so than Star Tours, and less than before (now that you orbit Earth and don't maneuver nearly as much), and they've reduced the height requirement to 40". Thank goodness they did that, we want kids to dig to the future, but we don't want to risk them in any harms way from the forces, Plus, the orange is NOT a family-friendly ride just because it has a 44" height requirement, it is for daredevils and astronaut candidates, as well as people in PERFECT health(with no issues or history of them). Those who say Disney has no thrill rides are wrong, Disney has a few thrill rides, and in fact the world's most thrilling, and it's what I mentioned. Disney is capable of creating the world's most extreme rides, but they wanted to keep the places more family friendly, but in fact they did make the ultimate extreme after all, and it's Mission: Space.

My response to the "just for kids" line is always "Then you've obviously never been!"

Definitely not just for kids!