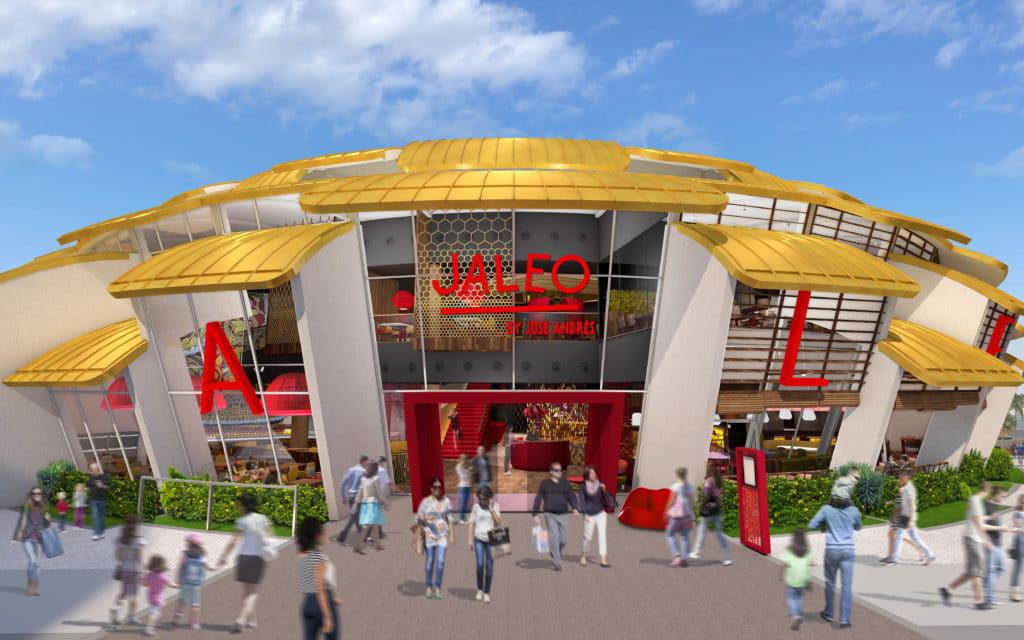 Jaleo first debuted in Washington D.C.’s Penn Quarter in 1993, Jaleo has evolved to represent modern Spain at every moment. With each extension in Maryland, Virginia, Las Vegas and most recently with J by José Andrés in Mexico City, it embraces the local community while staying true to its roots. Jaleo provides a comfortable, welcoming space in which to explore, discover and share the incredible spirit of Spain.

Renowned for its award-winning assortment of tapas, the traditional small plates of Spain, as well as savory paellas, sangrias and a fine selection of Spanish wines and sherries, Jaleo celebrates these flavors in a festive, inviting atmosphere.

A Look Around Jaleo

Based on the colorful iconography of Spain, the architectural form of the building is inspired by an artichoke, a vegetable native to José’s homeland. The artichoke structure opens up, inviting guests to enter and experience the very best of Spanish cuisine. The petals themselves form pergolas, which extend toward the outdoors. The freestanding, two-story building lacks solid walls and is completely open to the outside, with large windows offering views of the lake while protecting diners from the sun. “There are no cubic forms, no opaque walls, no straight lines: here reigns a plant-like organic structure with its dynamic forms. An avant-garde, expressionist and welcoming architecture,” remarks Juli Capella, principal at Capella Garcia Arquitectura, on Jaleo’s design. 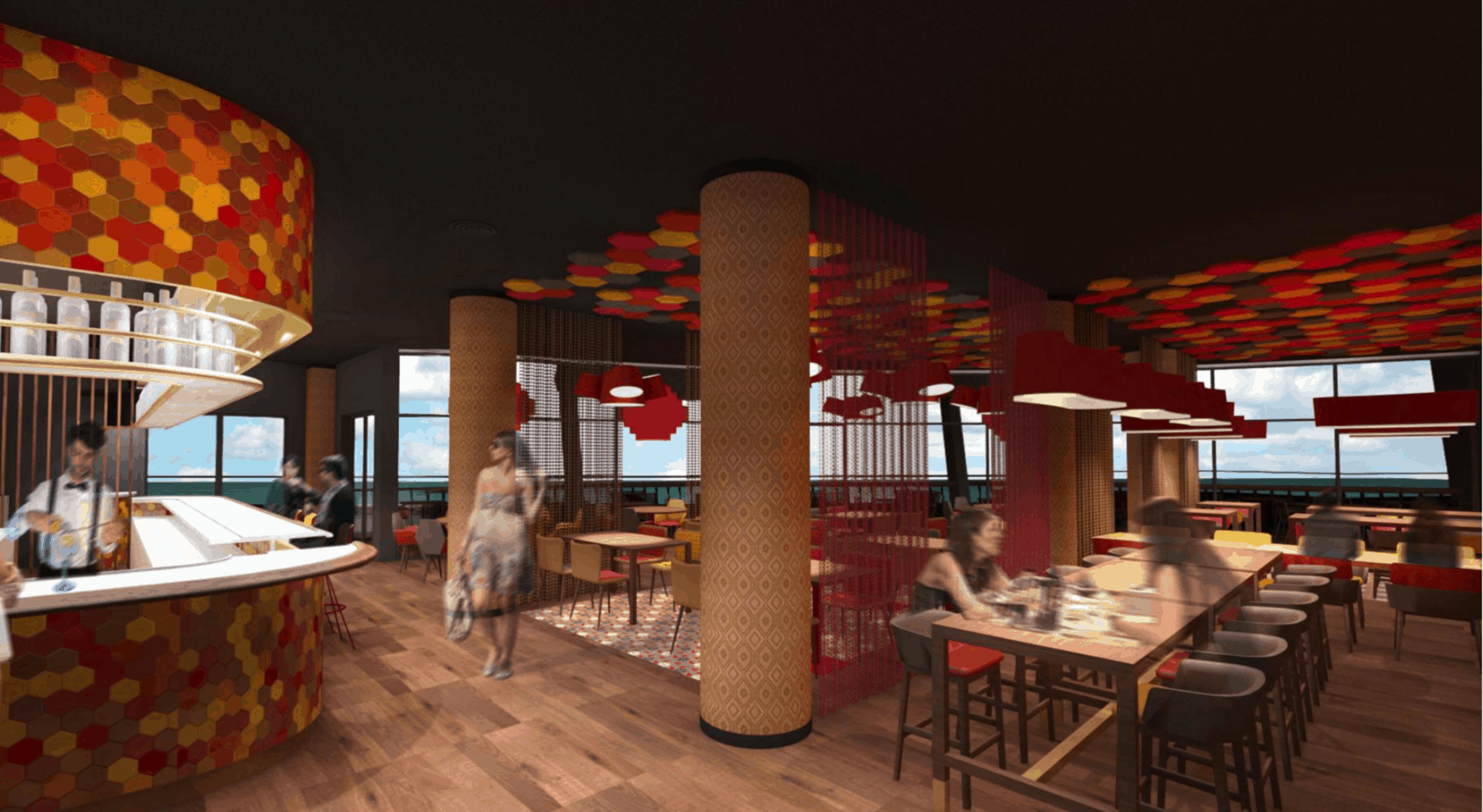 The interior features a double height central courtyard that visually connects the restaurant’s two floors. The idea of Jaleo, the Spanish word for “revelry,” inspires the large, family style gathering space, inviting guests to share tapas and sangria, gather with family at the foosball tables, or enjoy the more elegant central seating for paellas and grilled meats, anchored by the restaurant’s open kitchen and wood fire grill. Private dining options include two terraces, one overlooking the Disney Springs promenade and another overlooking the lake. 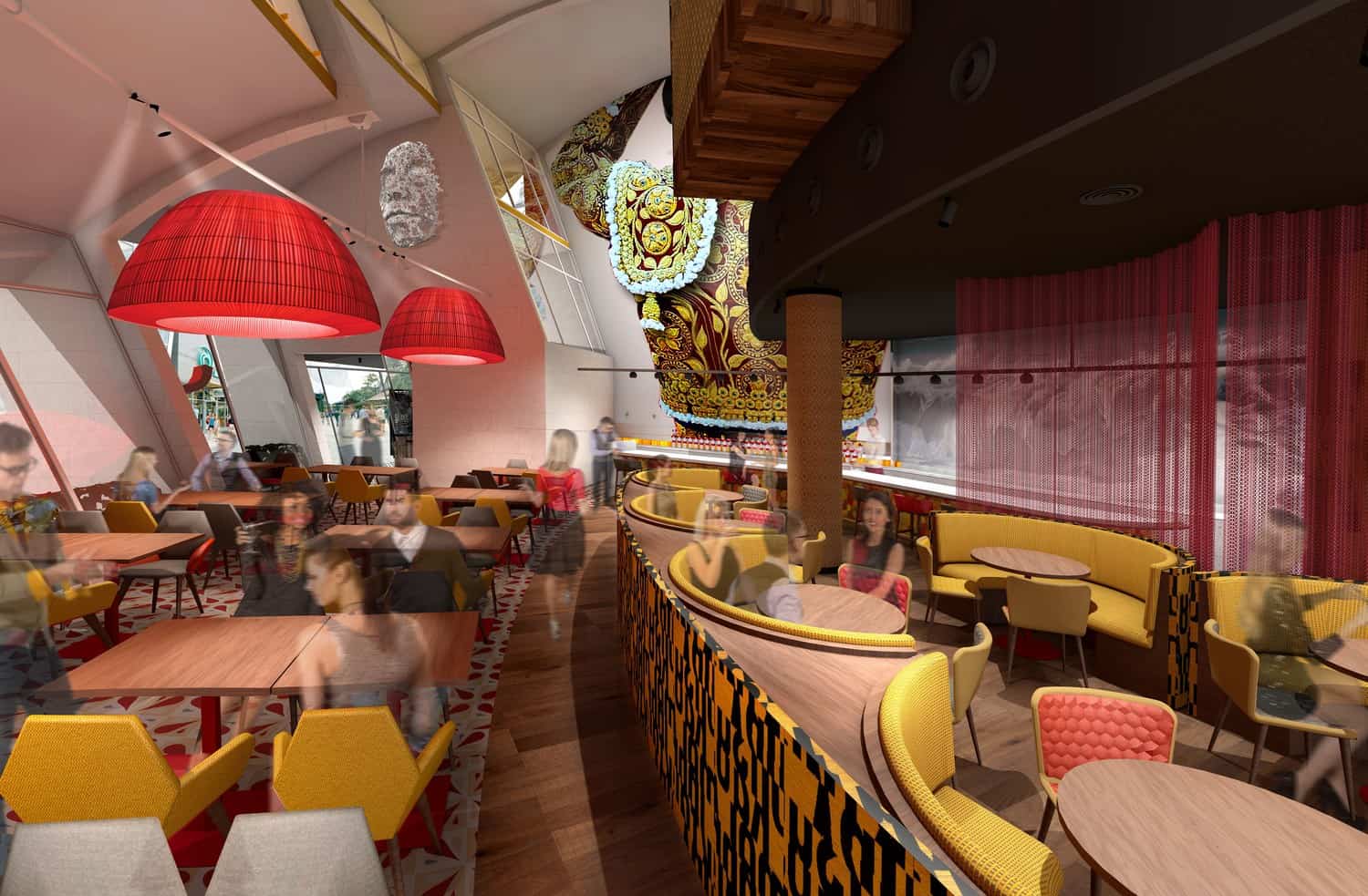 Occupying the front-corner of Jaleo and overlooking the main promenade of Disney Springs will be a quick-service concept serving Spanish street-food-inspired sandwiches and salads. The design of the casual restaurant features natural materials and a luminous, open feel, inviting visitors into the friendly space, which is centered around a large mural from Marc Jesús, a famous painter from Menorca. With dynamic visual elements drawn from the culinary delights and landscapes of Spain, Andrés and Capella aim to surround visitors in the culture of their native country and all its creativity.

Named one of Time’s “100 Most Influential People” and “Outstanding Chef” by the James Beard Foundation, José Andrés is an internationally recognized culinary innovator, author, educator, television personality, humanitarian and chef/owner of ThinkFoodGroup. A pioneer of Spanish tapas in the United States, he is known for his avant-garde cuisine and his award-winning group of 27 restaurants throughout the country and beyond. His innovative minibar by José Andrés earned two Michelin stars in 2016 and with that, José is the only chef globally that has both a 2-star Michelin restaurant and 4 Bib Gourmands. Andrés’ work has earned numerous awards including the 2015 National Humanities Medal, one of 12 distinguished recipients of the award from the National Endowment for the Humanities.