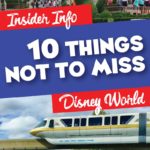 A Picture in Front of Cinderella’s Castle 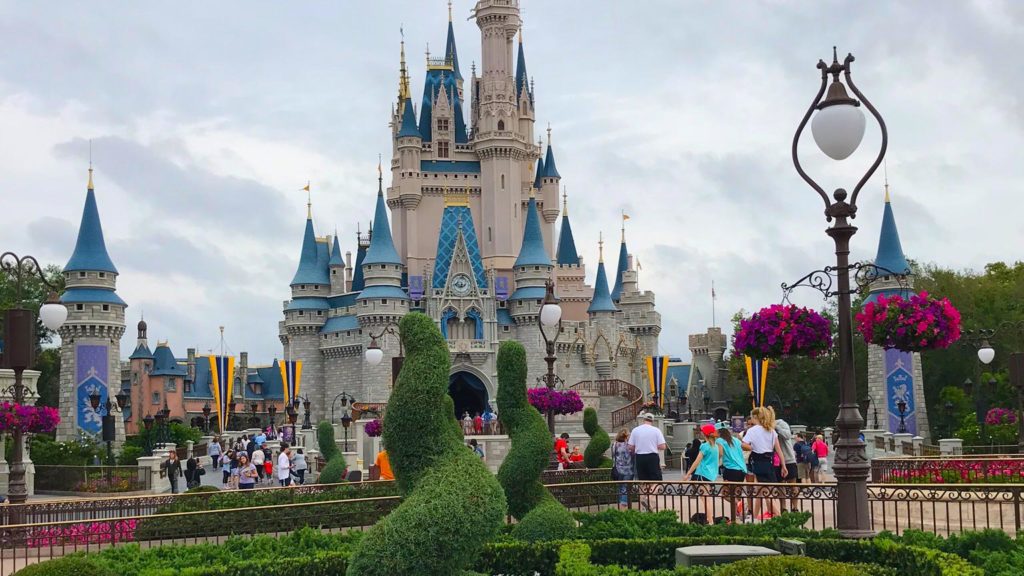 Cinderella’s Castle has to be the most iconic feature in all of Disney World. For me seeing the castle signifies that I have arrived. You can take a selfie or use one of the many Photopass photographers stationed all around the Castle.

Happily Ever After Fireworks 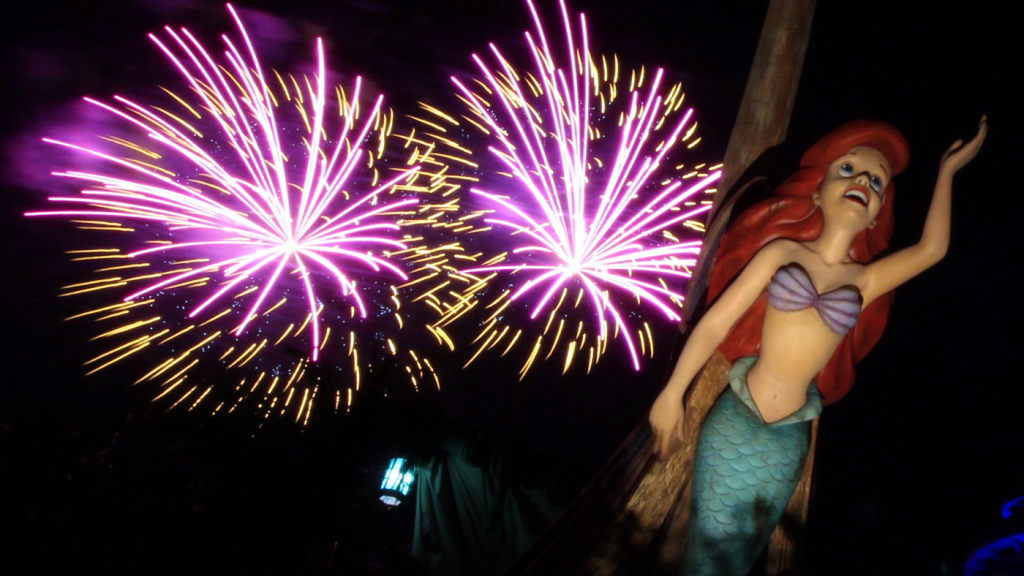 Who doesn’t love a good firework show? And let’s be real no one puts on a firework show like Disney World. Happily Ever After is the fireworks show at the Magic Kingdom and what I think is the best one at Disney World. There is also another show over at Epcot called Illuminations and Hollywood Studios has a nighttime show as well.

Take a Spin on the Monorail 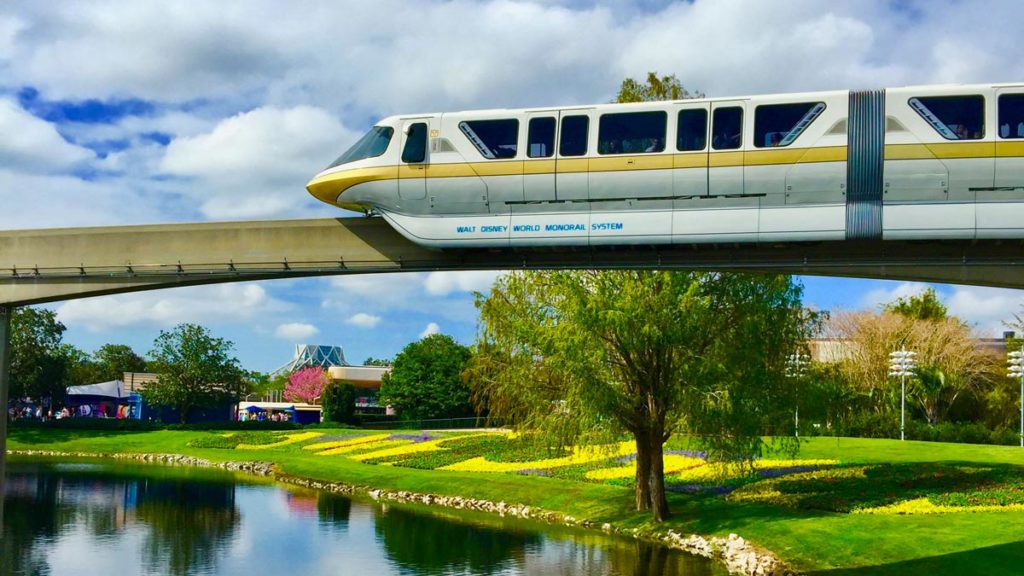 Whether heading to the Magic Kingdom, Epcot or a Disney Resort the monorail is a classic way to get around Disney World. It’s the highway in the skyways. I consider it an attraction all in itself, there is just something about cruising around above Disney and listening to the narrator rattle off what you are driving by.

There are so many Broadway level shows at Disney World it’s hard to pick. We have a break down that covers the best. My personal favorite is Finding Nemo at the Animal Kingdom but the Lion Kingdom show there is basically sharing that spot.  The singing just brings your favorite Disney stories to light in a whole new way.

There are so many options to choose from and you can’t go wrong with any of them. You can start your day with the classic Mickey waffles or a classic premium Mickey Ice Cream bar.

It’s important to let loose and have some fun while you are at Walt Disney World. I highly recommend getting some ears to wear. If you want to go all out you could even Disney Bound. This is where you use everyday clothing to dress up like a character. It’s very subtle and doesn’t break the whole no adults in costume rule. 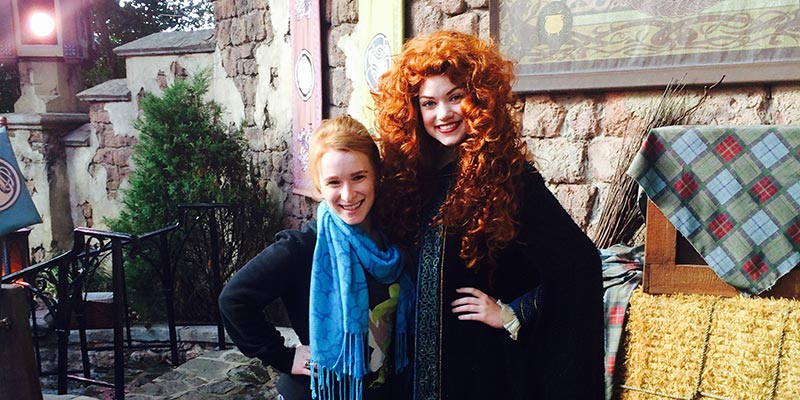 When you come to the most magical place on Earth you get to see the characters from your favorite stories. I personally love my fellow redhead Merida, pictured above. Her strong-minded spirit in Brave was so inspiring. But enough about me I am just a big kid. If you are bringing a little one along with you on your trip there is nothing like watching their eyes light up when they see their favorite princess or character.

If you are not about waiting in the lines for the characters or don’t want to use a FastPass on a character experience don’t forget about character dining. There are loads of options to choose from and at least one in every park! 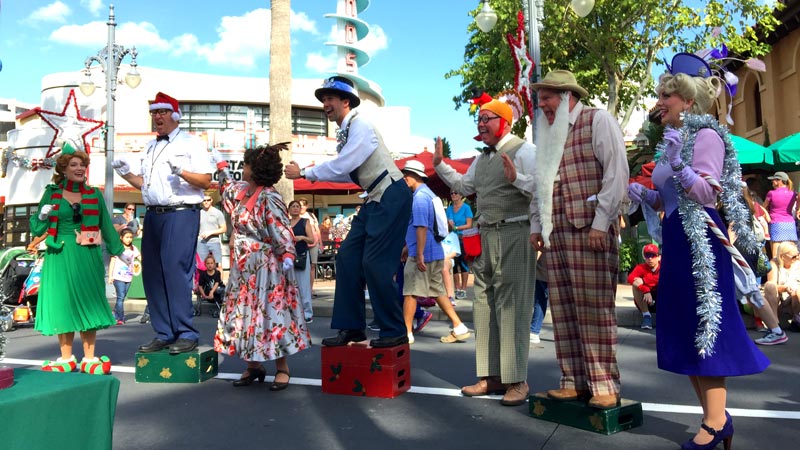 One of my favorite things to do is watch the characters roaming around the front of Hollywood Studios. It is always amazing at how witty this crew is. They are so fast to put a smile on your face and offer a joke. The Citizens of Hollywood have periodic shows throughout the day in the front of the park. My personal favorite is the 99 joke competition they do! 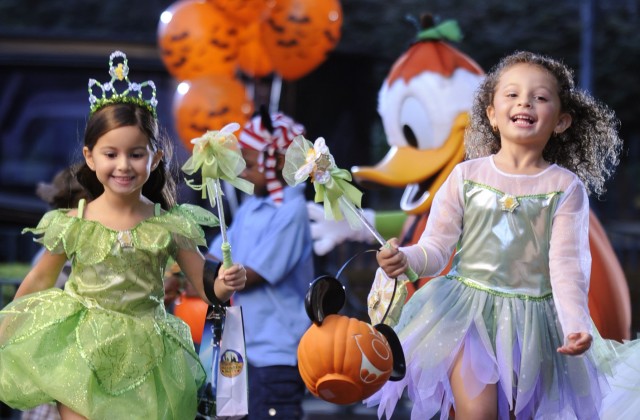 Disney does nothing halfway, each and every holiday Disney celebrates goes over the top! During Halloween, you can dress up in a costume and trick or treat at the Magic Kingdom. Be prepared for the best fireworks and parade that make the whole event well worth it. During Christmas, Disney even manages to make it snow at the Magic Kingdom.

Disney World is the most magical place on Earth and you need to make sure you soak it all up while your there. The world is a crazy place these days and in the confines of Disney World, you get a chance escape some of that. Don’t miss the magic of spending time with your family, friends and loved ones. The best part of Disney vacations are the memories you make together!

What do you never miss at Disney World? Let us know your Disney vacation must dos in the comments below!