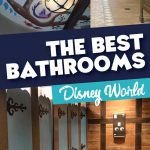 When you gotta go you gotta go, right? Public restrooms can often get ugly, stinky and just downright gross. Unfortunately, the fact is at Disney World you are going to be using lots of public restrooms. Fortunately, Disney does a pretty good job compared to the rest on keeping up their restrooms. The following are what I think are the best bathrooms at Disney World in no particular order. Important factors I have used to rank this list are based on theming, upkeep, size, and location. 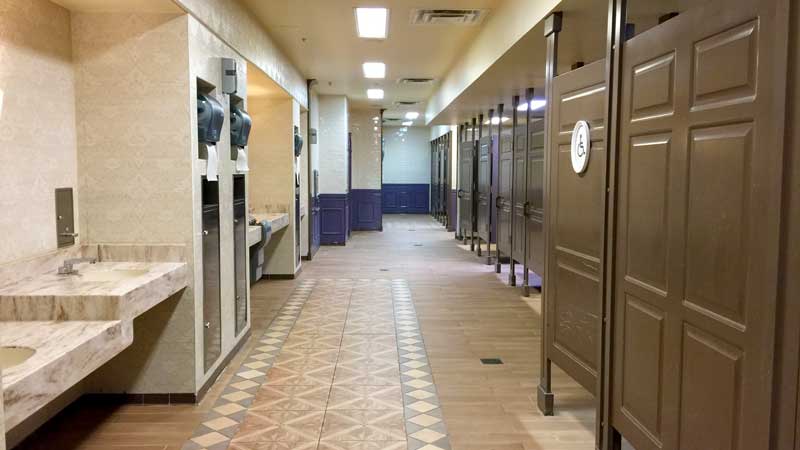 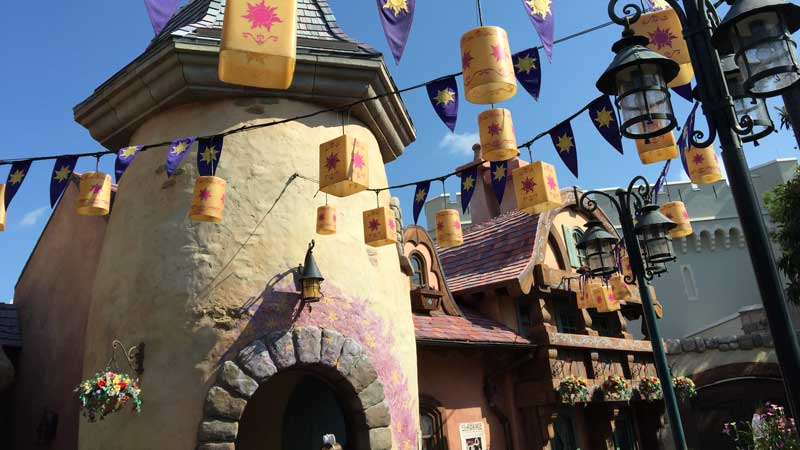 The most popular bathrooms at Disney World by far and lovingly called Tangled toilets, due to it being entirely themed around the movie. This also has to be the most photographed bathroom at Disney World as well. Disney even has a special Photopass picture here in the evening that is super popular. You get to hold a lantern that lights up and the pictures are definitely extra special. 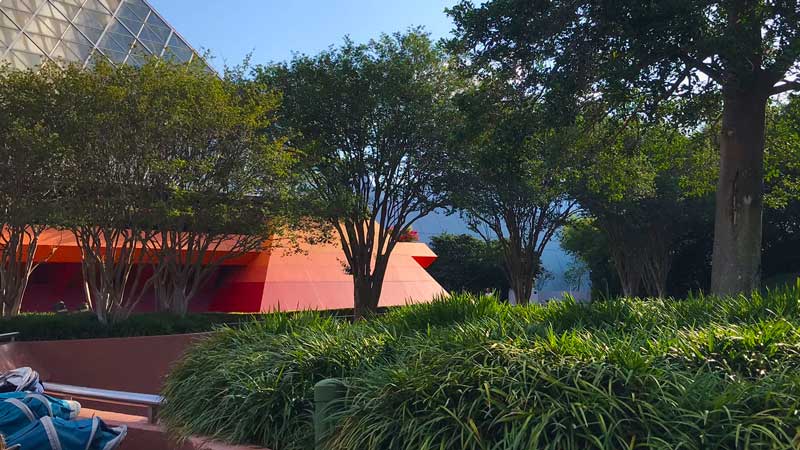 Did you even know there is bathroom back here? Probably not they are tucked way out-of-the-way and require extra walking. The bathrooms make the list because they are never busy and you would be hard-pressed to ever find a line here. If you are really lucky you may even catch some characters on your way down to the restrooms. When new characters are out training they often appear over here. 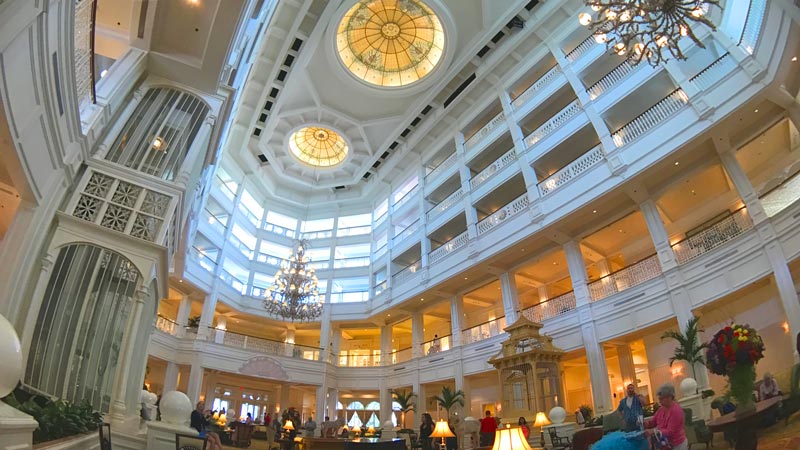 All the bathrooms at the deluxe level resorts are a step above the rest. Why? Because they use more expensive toilet paper than everyone else! Depending on the resort you are at you may even find towels to dry your hands. Four Seasons was over the top in their bathroom amenities when we visited to eat at Ravello. 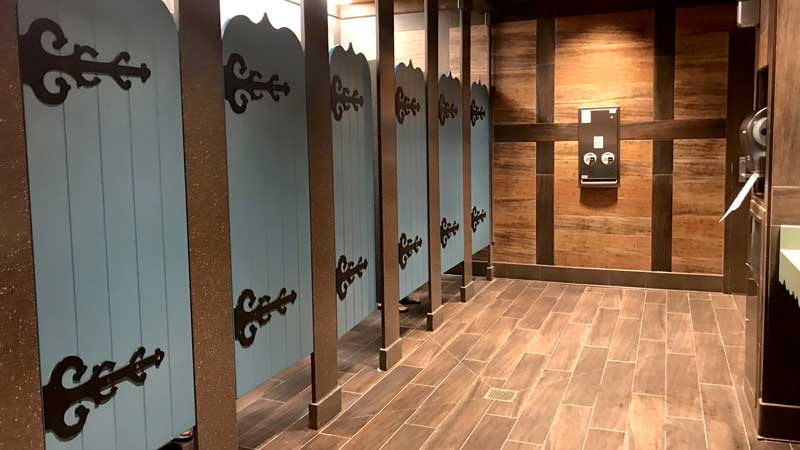 You can go in Frozen style at the Norway pavilion in Epcot. These bathrooms are very reminiscent of the inside of Tangled Toilets at the Magic Kingdom. It’s just missing all of Rapunzel’s artwork. Located in between the Anna and Elsa meet and greet location and Frozen Ever After it’s a perfect place to stop in before you get in a long line.

These restrooms are popular are near one of Hollywood Studios most popular attractions, Toy Story Midway Mania. I have no idea why but they are ways upkept really well. It also gets bonus points for being on the newer side and in good shape. 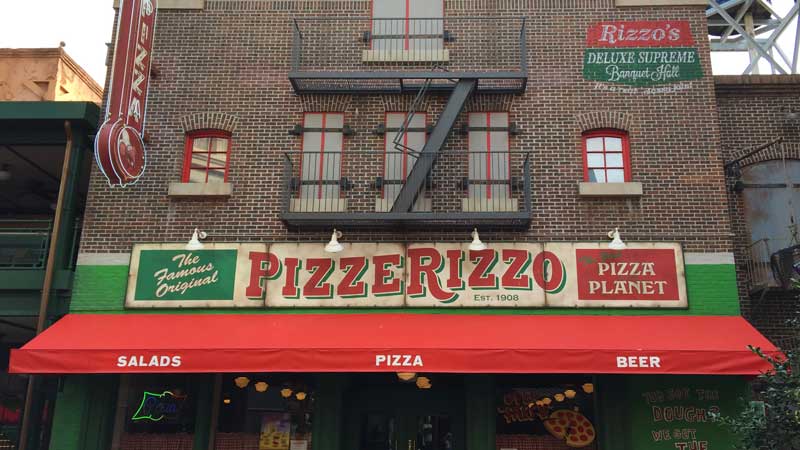 Brand new, large and clean is why Gonzo’s Royal Flush makes our list. You can find this restroom in Hollywood Studios on the outside corner of PizzeRizzo. Previously the bathrooms for Lights, Motors, Action were the best at Hollywood Studios. They were so large it was next to impossible to find a line here it was amazing. With the addition of Star Wars Land, however, the restrooms are now gone.

When in the parks you can use a map to find all the bathroom locations. They won’t have the fantastic names I have given them above since Disney doesn’t officially name them. The names normally coordinate with where they are in the park. What have been your top bathroom finds at Disney World? Share in the comments below!