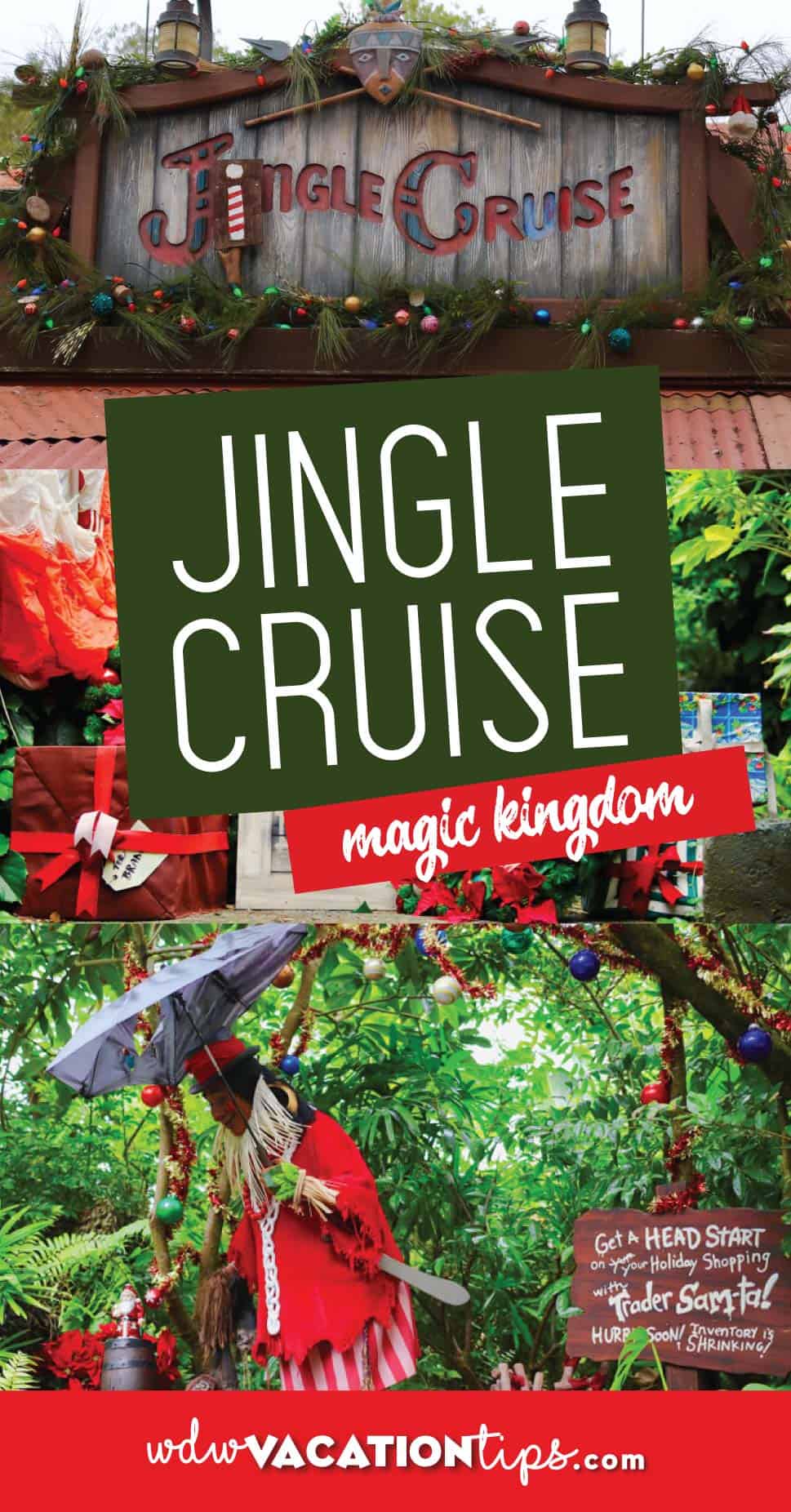 Once again the holidays take over the Jungle Cruise! This Christmas overlay is one of my favorites and first started back in 2013 at the Magic Kingdom. I must say I am partial since my favorite attraction is the Jungle Cruise. This seasonal overlay is exclusive to the Magic Kingdom at Walt Disney World and normally appears just before the start of Mickey’s Very Merry Christmas Party. It does last through the Disney World holiday season which is usually through the first week of January.

I highly recommend booking a Fastpass ahead of time for this attraction. It becomes extra popular during the holiday season and the lines are very long. This ride is open for the Christmas party if you plan on attending and that would be another great opportunity to ride it.

A Look at the Decor of Jingle Cruise 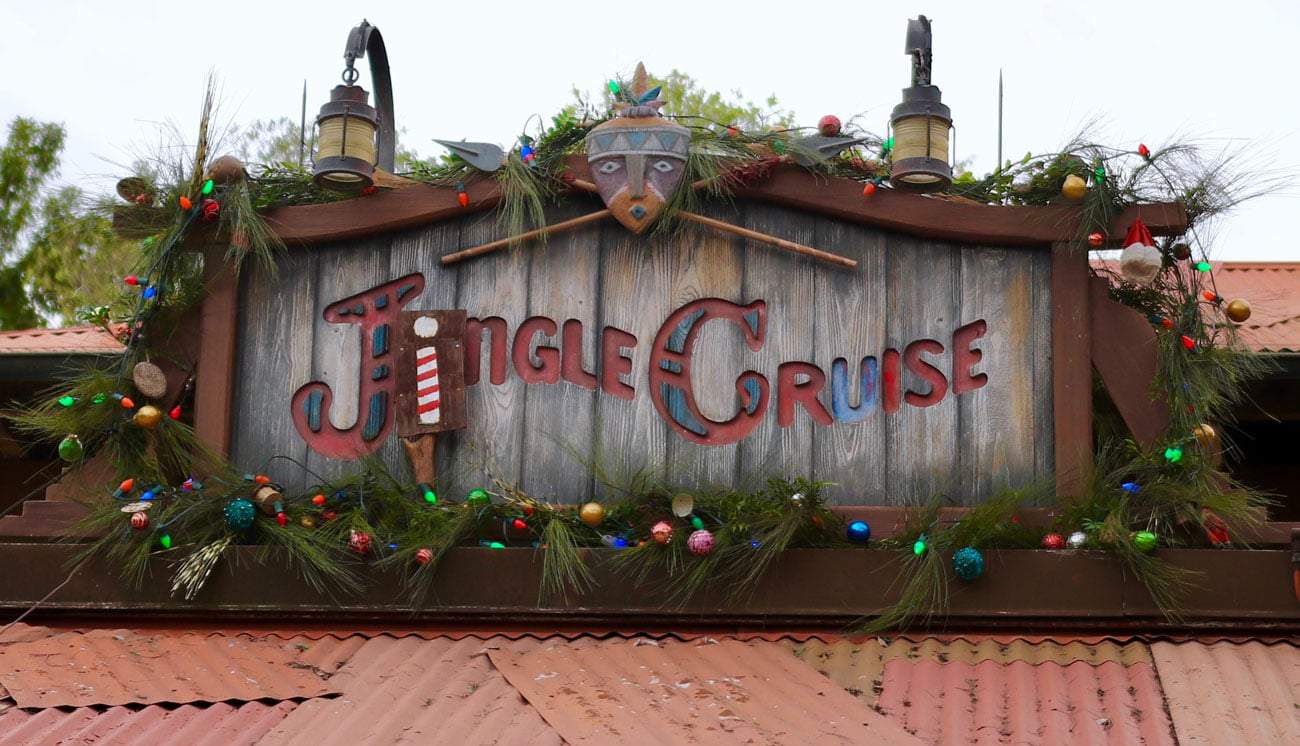 The cruise around the jungle is mostly packed with terribly bad Christmas jokes. 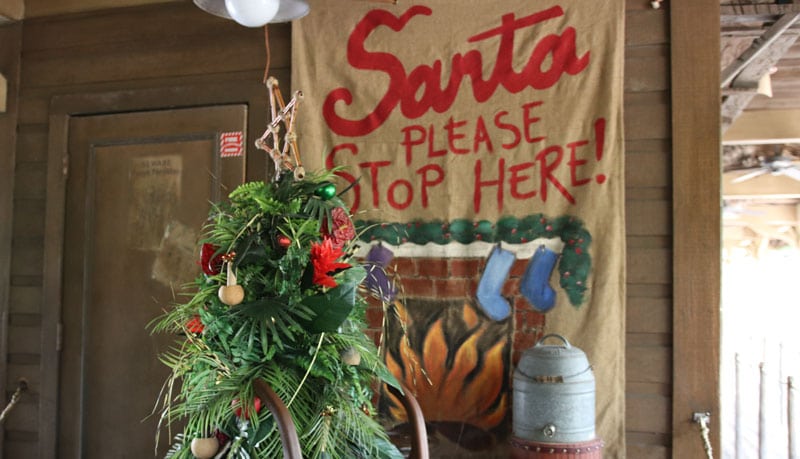 The skippers have taken the time to set up festival decor all over the queue for the Jingle Cruise. They even placed a sign begging Santa to please stop by. I think they may be worried about making the naughty list! 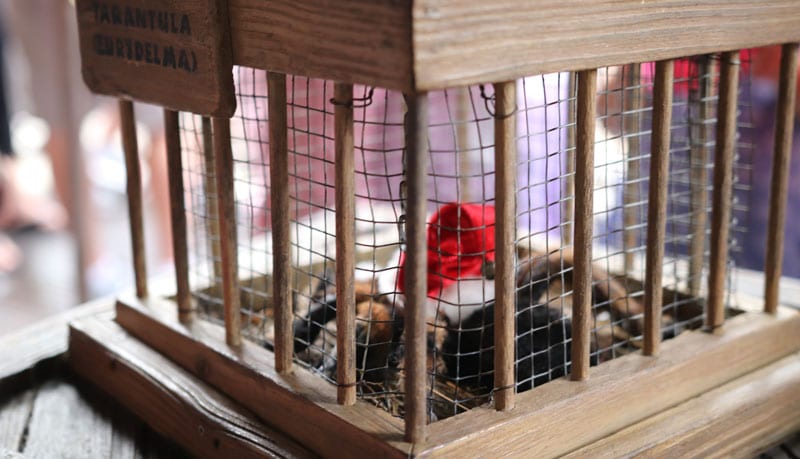 Watch out for this big guy! He is right before the loading zone and may just jump out at you. I was expecting Santa to be a little more Jolly! 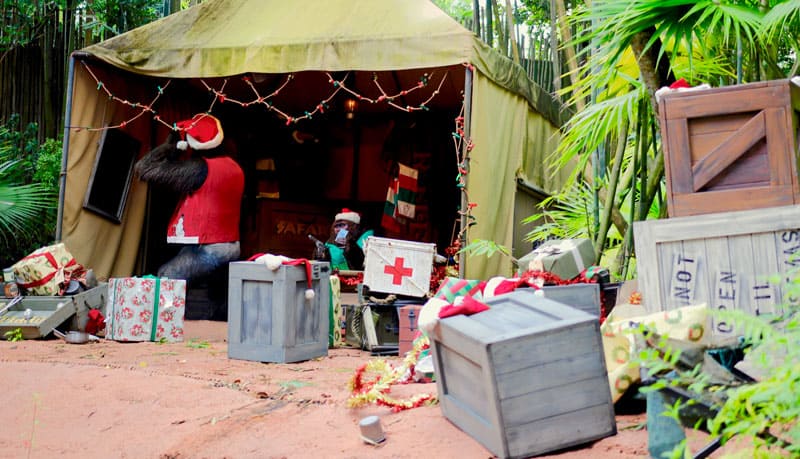 The gorillas stole Christmas in the jungle! Looks like someone’s camp was broken into and their presents have been tossed about. 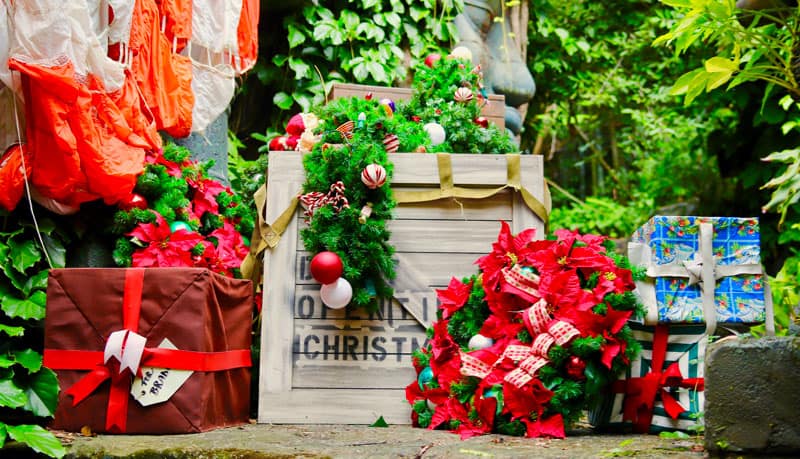 Looks like some presents sent from home have taken a crash landing into the jungle. Aren’t their families so thoughtful? 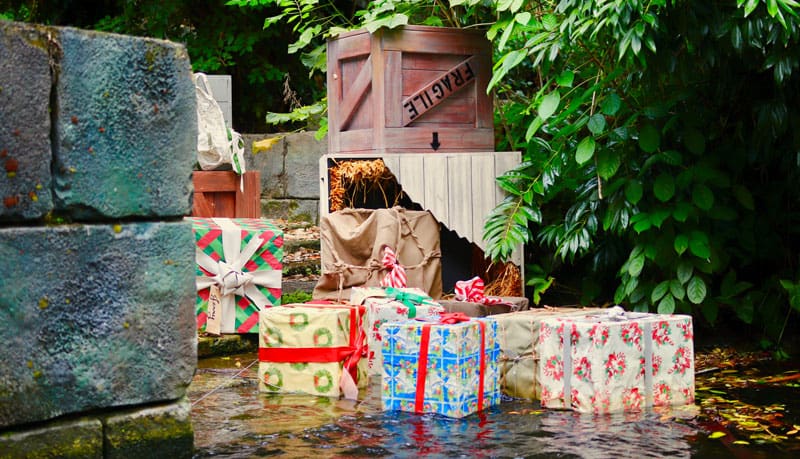 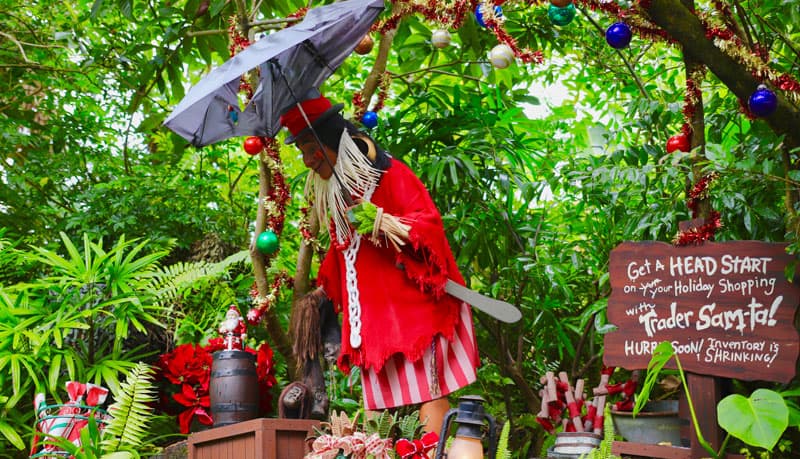 Trader Sam is always running some of the best deals in the Jungle! But you better hurry on by to see him because his inventory is shrinking.

What do you call Santa’s helpers? Elf, no that’s their grammatically correct term. They are subordinate clauses.

How much did Santa pay for his sleigh? It was on the house.

We would like to thank our sponsor, animal crackers. Teaching children that all animals taste the same.

I can see what someone got for Christmas, canoe?

A lot of people think it’s weird we got gorillas to wrap our gifts but as you can see their turnover is fantastic.

Over here you can see our giant jingle bell rock!

I told that group not to get the Rhino a fruitcake for Christmas, but it looks like they are going to get the point in the end.

Let us know what your favorite part about the Jingle Cruise in Walt Disney World is in the comment section below!