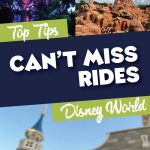 This list is based on my personal can’t miss rides at Walt Disney World. Thrill seekers will want to experience a certain set of rides (the “Mountains”, for example) whereas nostalgic Disney fans may gravitate toward original attractions. You can think of this more of a reference of the rides that I try to squeeze in as much as I can on every visit to Disney World. It’s a great way for first timers to figure out where to start when creating their touring plan or picking out those must get Fastpasses.

Must do Rides at Walt Disney World


Hop onboard for the hang gliding flight of a lifetime. Soarin’ is located at EPCOT in the Land. No longer are you just taking a trip over the state of California. Now you can experience some of the most breathtaking wonders the world has to offer. Be prepared for amazing sights and smells.


A great starter coaster for your little ones. Seven Dwarf Mine Train is in the heart of Fantasyland in the Magic Kingdom. You will board a swinging mine cart and then head off to the diamond mine! There you may even get to catch some of your favorite characters and music from Snow White. 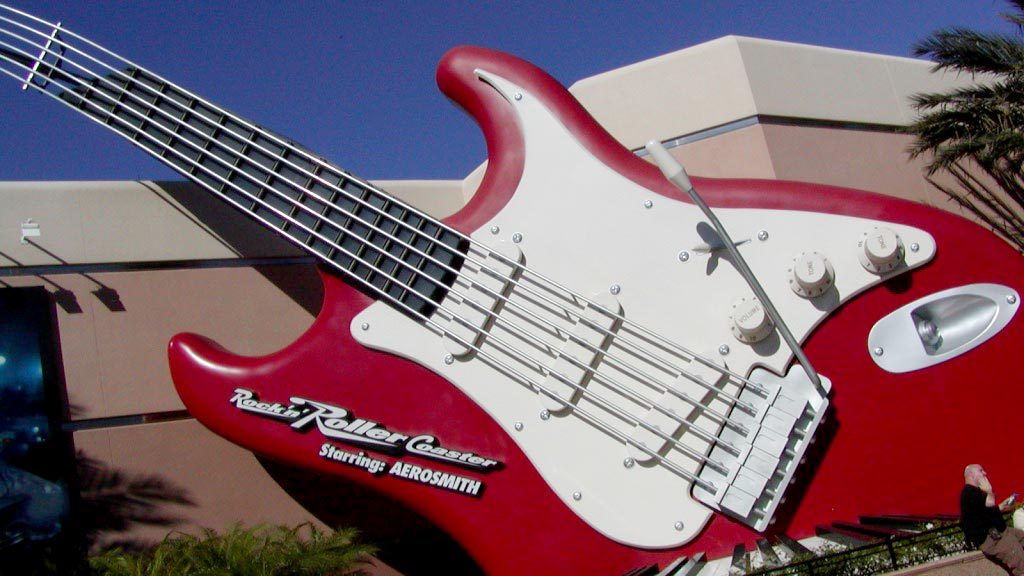 This rollercoaster gives you the unique twist of a “launch” in a stretch limo! And if that doesn’t peak your curiosity, the fact that the whole ride is set to Aerosmith music should. This coaster is at Hollywood Studios.


This brand new attraction at Animal Kingdom offers a whole new experience. If you are worried about what the ride will be like fear not, this worry wart wrote a whole article of what to expect of Avatar Flight of Passage so you wouldn’t wait terrified in line like I did the first time.


If you like high speeds then you have to take a SIM car out on the track at Epcot’s Test Track. This ride will let you build your very own car to the specs of your choosing. Then take your build out to the track and see who in your family built the ultimate car.

Pirates of the Caribbean


Yo, ho! Yo ho! It’s a pirates life for me. Join in on the plundering of The Pirates of the Caribbean during this slow-moving boat ride at the Magic Kingdom. It’s a classic ride with some iconic music. You may even catch a few familiar faces from the movie series of the same name! 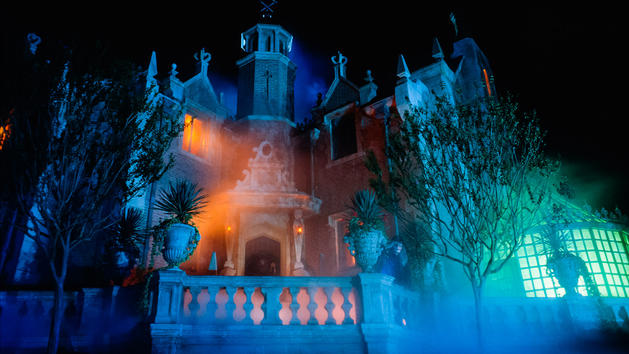 There are no big thrills on this ride, just a few haunts instead. This is a classic Disney attraction at the Magic Kingdom that you can find some variation of in Disney parks around the world. For more on the Haunted Mansion read our facts, tips, and secrets!


This isn’t your standard roller coaster, the track actually switches, so you will take part of the ride backward! Don’t forget to look for the giant Yeti just before the end of the ride. Expedition Everest is located in the Animal Kingdom. If you want to know more we have a whole page of Expedition Everest facts, tips and tricks.


It is a ride that is a game, it is a game that is a ride! Get ready for some friendly competition as you master the games on this ride with your favorite characters from the Pixar Toy Story movies. Toy Story Midway Mania is located at Hollywood Studios.


This twenty-minute adventure will take you all over the wilds of Africa. Best of all no two rides are the same, the driver and the animals make sure of that! I just love capturing photos during this ride there is so much to see here at the Animal Kingdom. If you want more of a deep dive into the animals that live along the safari route consider taking the Wild Africa Trek!


Take a trip across the world’s most popular rivers with your skipper guide at the Magic Kingdom. The punny jokes on this ride are really what has my heart stolen (I even wrote an article about my favorite jokes). This is actually my favorite Disney attraction, I just want to let you all know I am bias.

Do you have any can’t miss rides at Walt Disney World? Share them in the comments below!