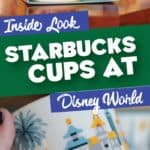 If you aren’t familiar Starbucks has a line of You Are Here Mugs. These coffee cups can pretty much be found in all Starbucks locations around the world. Of course, Disney World is no exception and there is an exclusive You Are Here Disney World Starbucks cups made just for each one of the Disney World theme parks. It seems that Starbucks is now changing out the cups more frequently. They released two new designs in the last year! Most of the parks are already on their third design.

Animal Kingdom, Magic Kingdom, Epcot, and Hollywood Studios all have their own new version of “You Are Here” Starbucks mugs for purchase. Each mug cost $16.99. Keep in mind that they are only available at each individual Walt Disney World Theme Park or Disneyland theme park. And no, unfortunately, you can’t pick these up at Disney Springs. If you want to order ahead of your trip or after you can pick up the full set of mugs on shopDisney.com. Of course, you also can find these being resold on eBay and Amazon. Be cautious though since just about all of them are way over the cost of purchasing them in person at Disney World.

If you have an Annual Pass don’t forget to use your discount it works on the Disney coffee cups. Also, you can use your Starbucks gift cards here as well. Keep your eyes peeled on Groupon for those special Starbucks deals to save some extra cash! 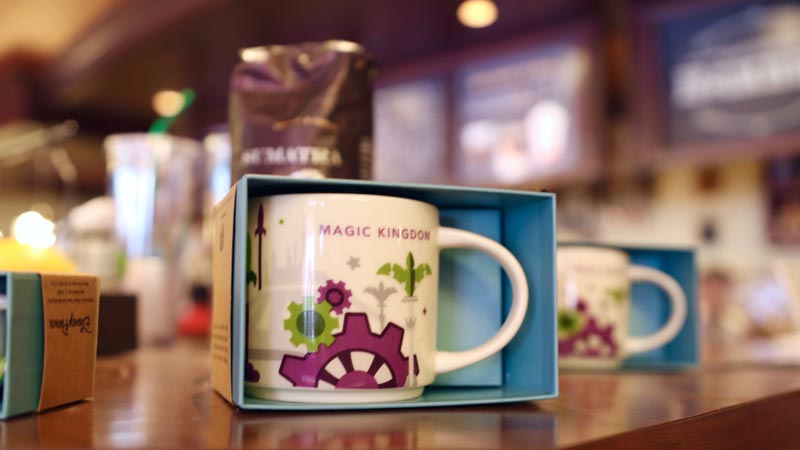 There are two designs out right now for the Magic Kingdom. This one features Tomorrowland’s Carousel of Progress and Space Mountain. The other design pictured below is themed after It’s a Small World attraction in Fantasyland. 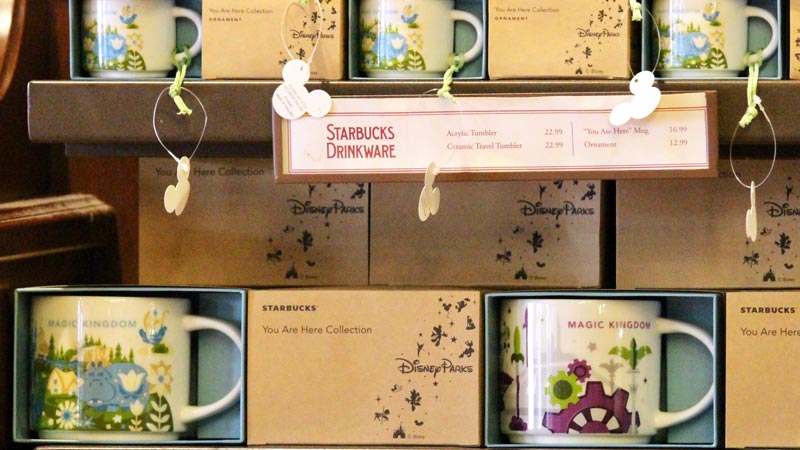 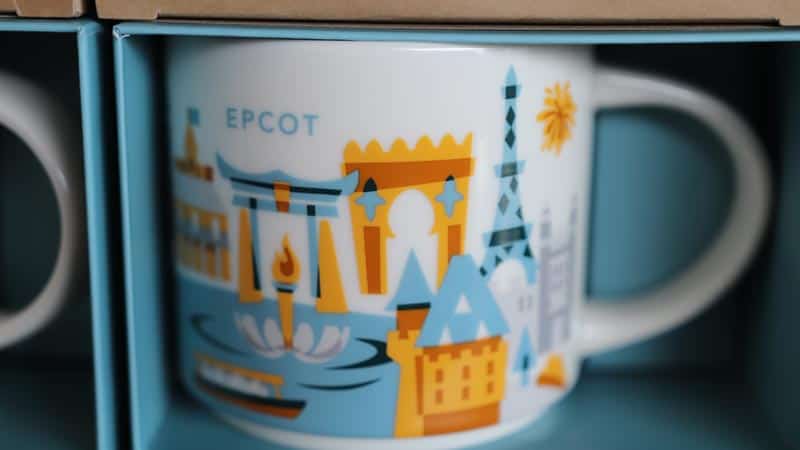 The Epcot Starbucks coffee cup now proudly features all the different countries represented in the World Showcase at Epcot. The coffee mug debuted for Epcot’s 30th anniversary in October of 2017. 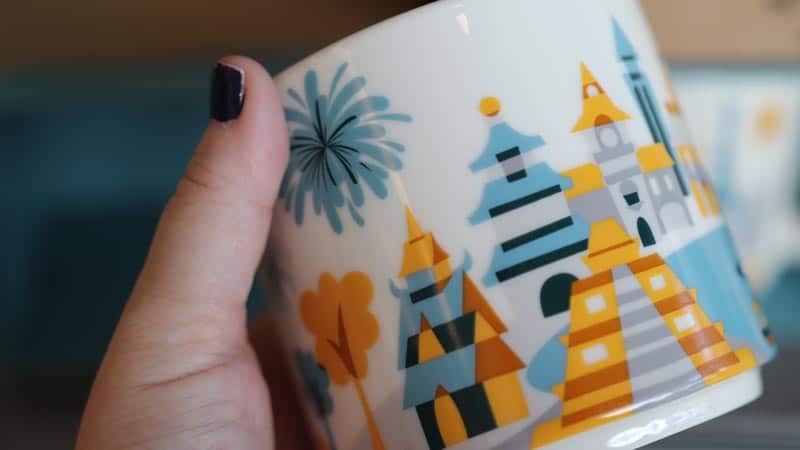 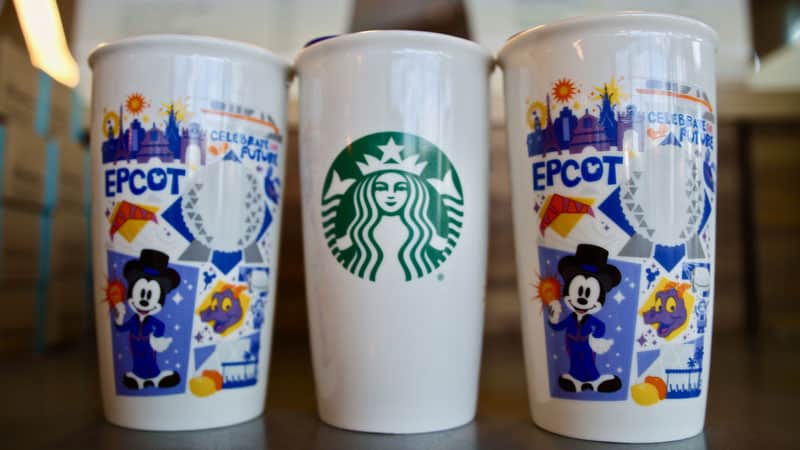 Celebrate the future with this adorable Epcot Starbucks tumbler that debuted in late 2018. World Showcase and the ever popular Figment get a spot on this mug. My favorite has to be that they added the Living with the Land boat! 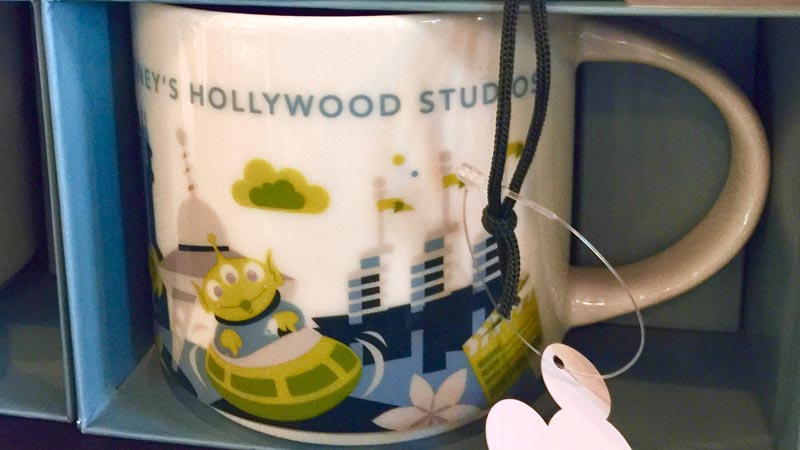 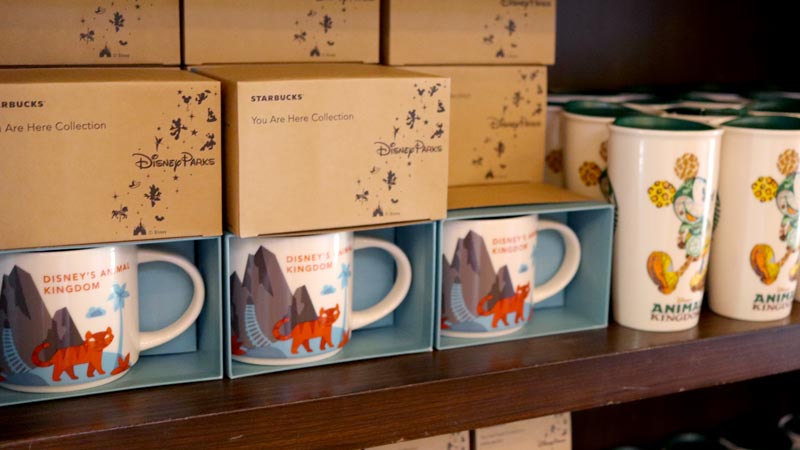 The Starbucks mugs at the Animal Kingdom takes you to Asia. Pictured on the coffee cup is the ride Expedition Everest and a tiger in the front. 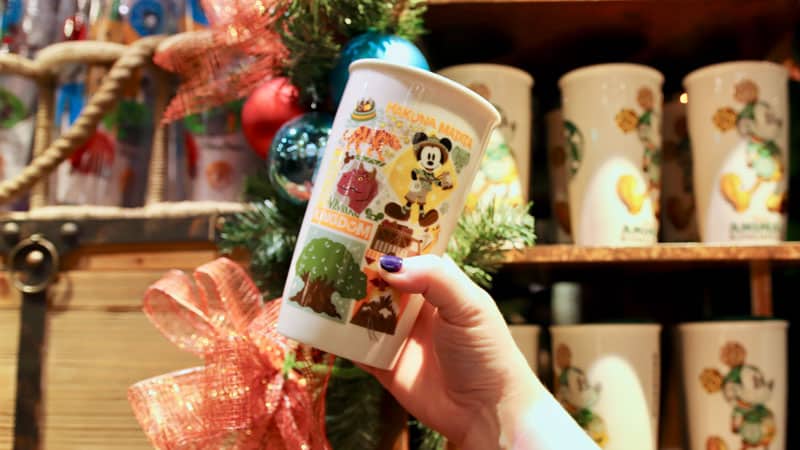