Queue the Star Wars intro music in your mind…. got it? Okay now read on…

A long time ago in a galaxy far, far away …

It is a dark time for the RESISTANCE. Following the devastating Battle of Crait, the freedom fighters have fled with General Leia Organa to an undisclosed location.

Meanwhile, hunted by the FIRST ORDER and Supreme Leader Kylo Ren, a band of Resistance supporters has established a temporary outpost on the remote planet of Batuu, thanks to scouting by Resistance spy Vi Moradi.

Here on the Outer Rim, the Resistance is rebuilding and searching for recruits to join the cause and help save the galaxy from tyranny … 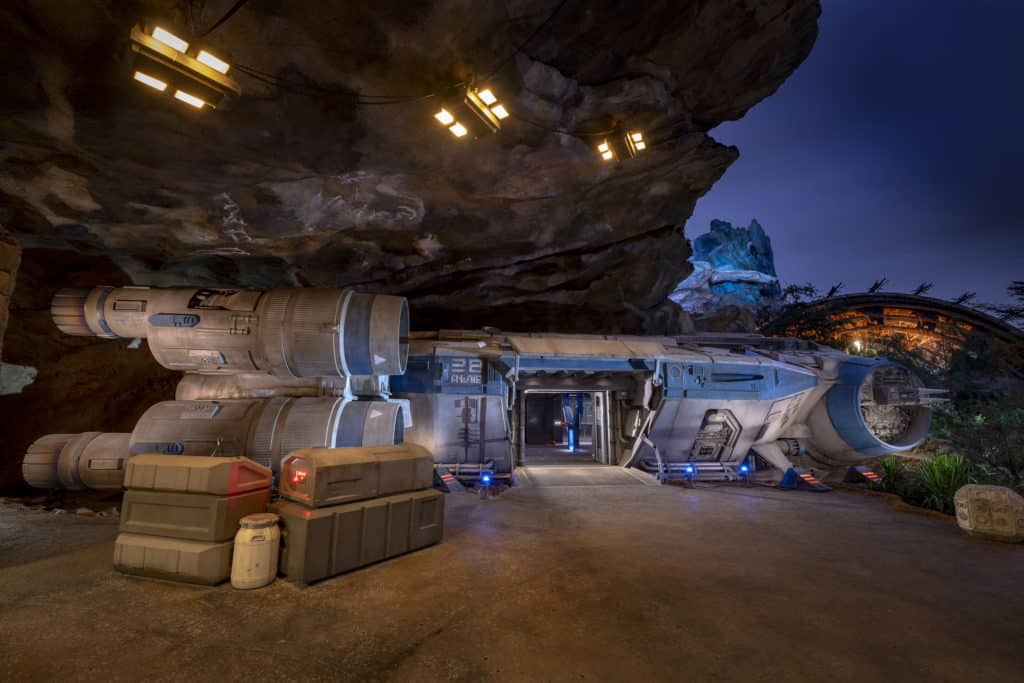 So what is this hype about? The most anticipated attraction is now open at Disney’s Hollywood Studios in Florida, Star Wars: Rise of the Resistance! Here you will become heroes of the Resistance in a climactic battle with the First Order. In one of the most immersive, ambitious and technologically advanced attractions ever created for a Disney park. Prepare to launch into space aboard a transport shuttle, only to be captured by a Star Destroyer and pursued by Supreme Leader Kylo Ren as they frantically search for a way to escape the clutches of the First Order.

This new attraction inside Star Wars: Galaxy’s Edge draws guests into a sprawling Star Wars narrative that blurs the lines between fantasy and reality, as jaw-dropping sights brimming with vivid detail create surprises around every turn. In one of the longest Disney attraction experiences ever, a whole 18 minute experience, Star Wars: Rise of the Resistance delivers thrilling action driven by cutting-edge technology and innovative design that gives you the feeling of stepping inside a Star Wars film. 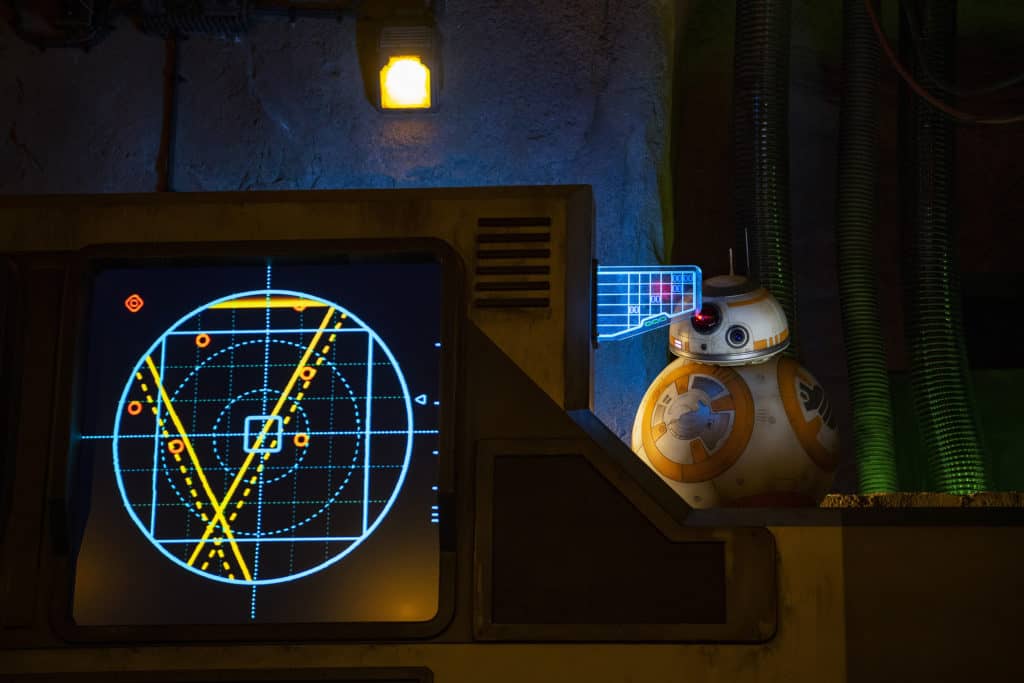 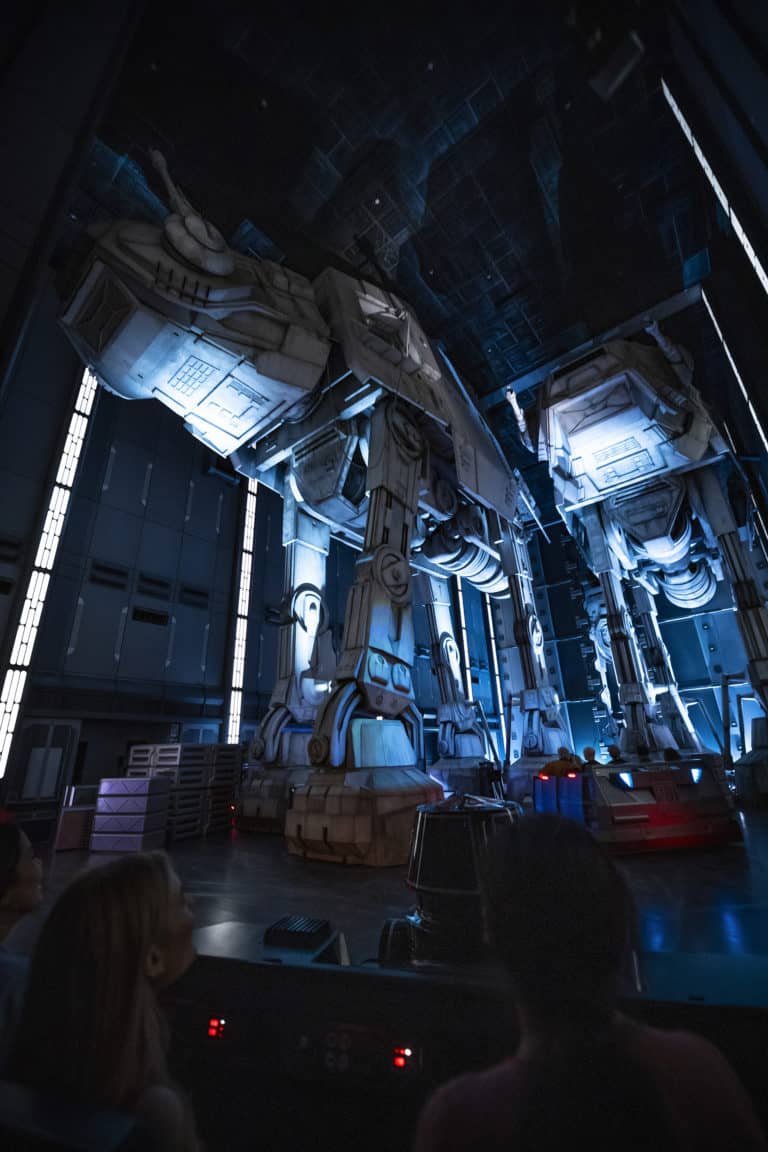 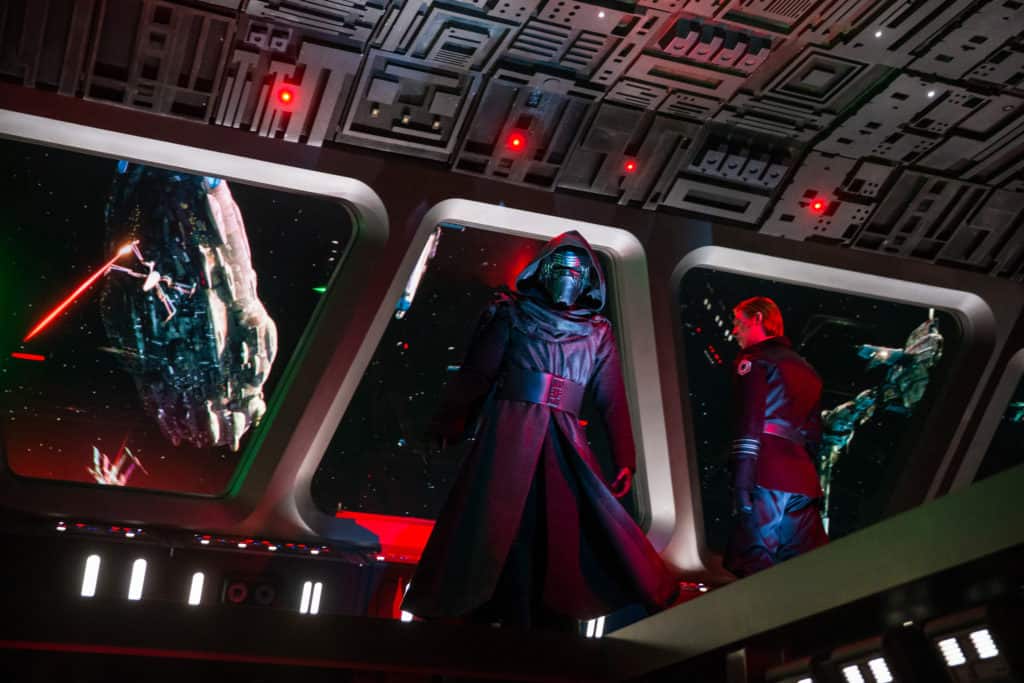 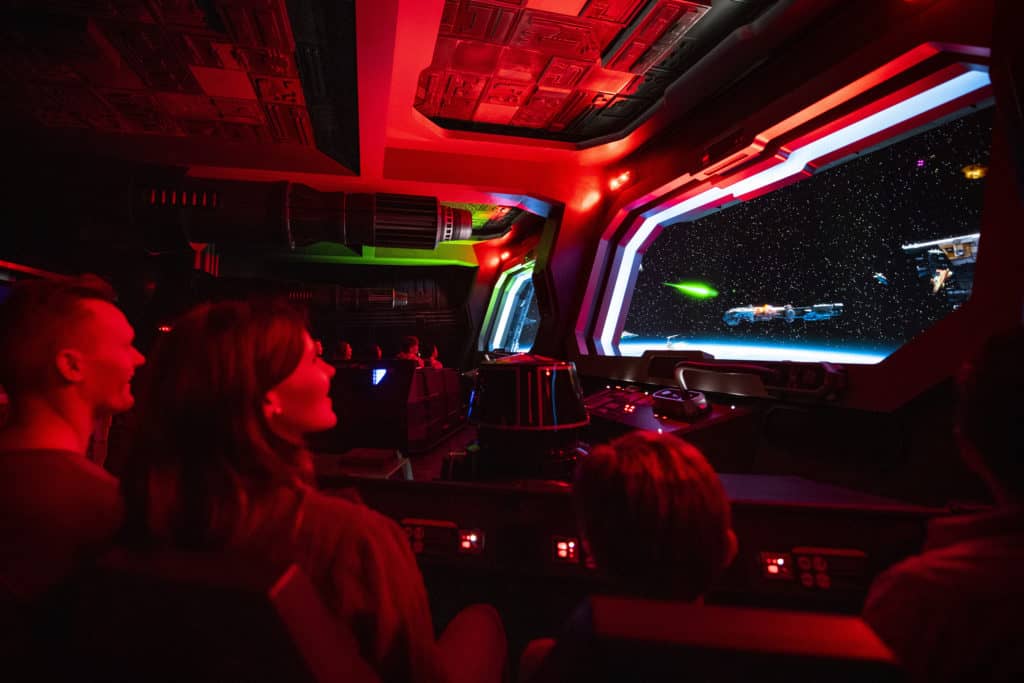 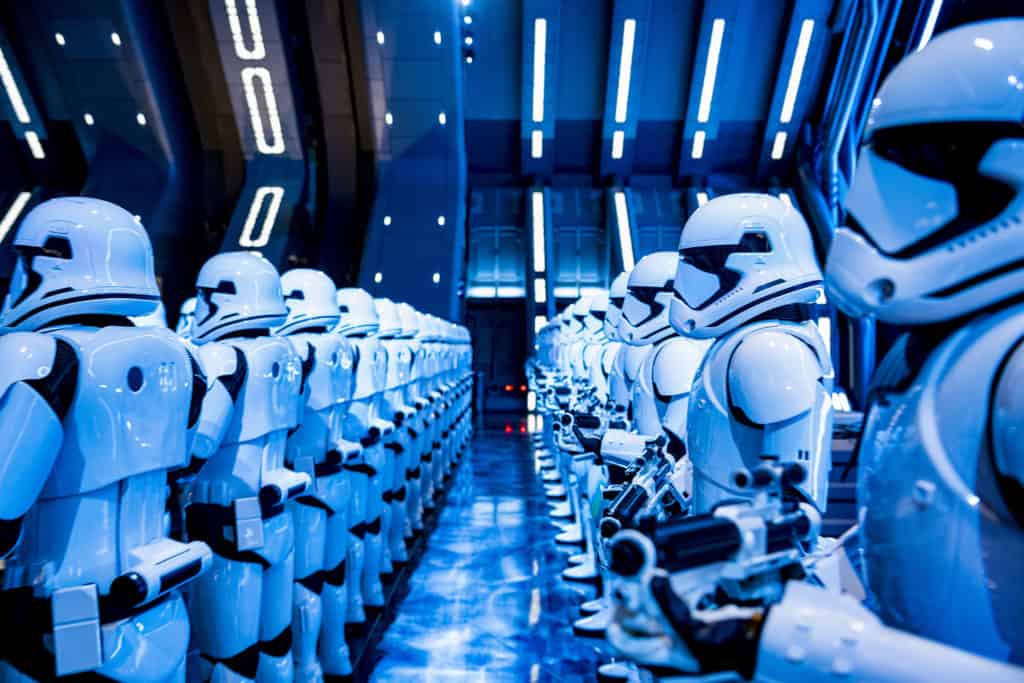 Fifty menacing First Order Stormtroopers await guests as they arrive in the hangar bay of a Star Destroyer as part of Star Wars: Rise of the Resistance. (Matt Stroshane, photographer)

What to Expect on Rise of the Resistance

Here are some important tidbits if you are worried about getting motion sick or have any fears of goinig on this ride.