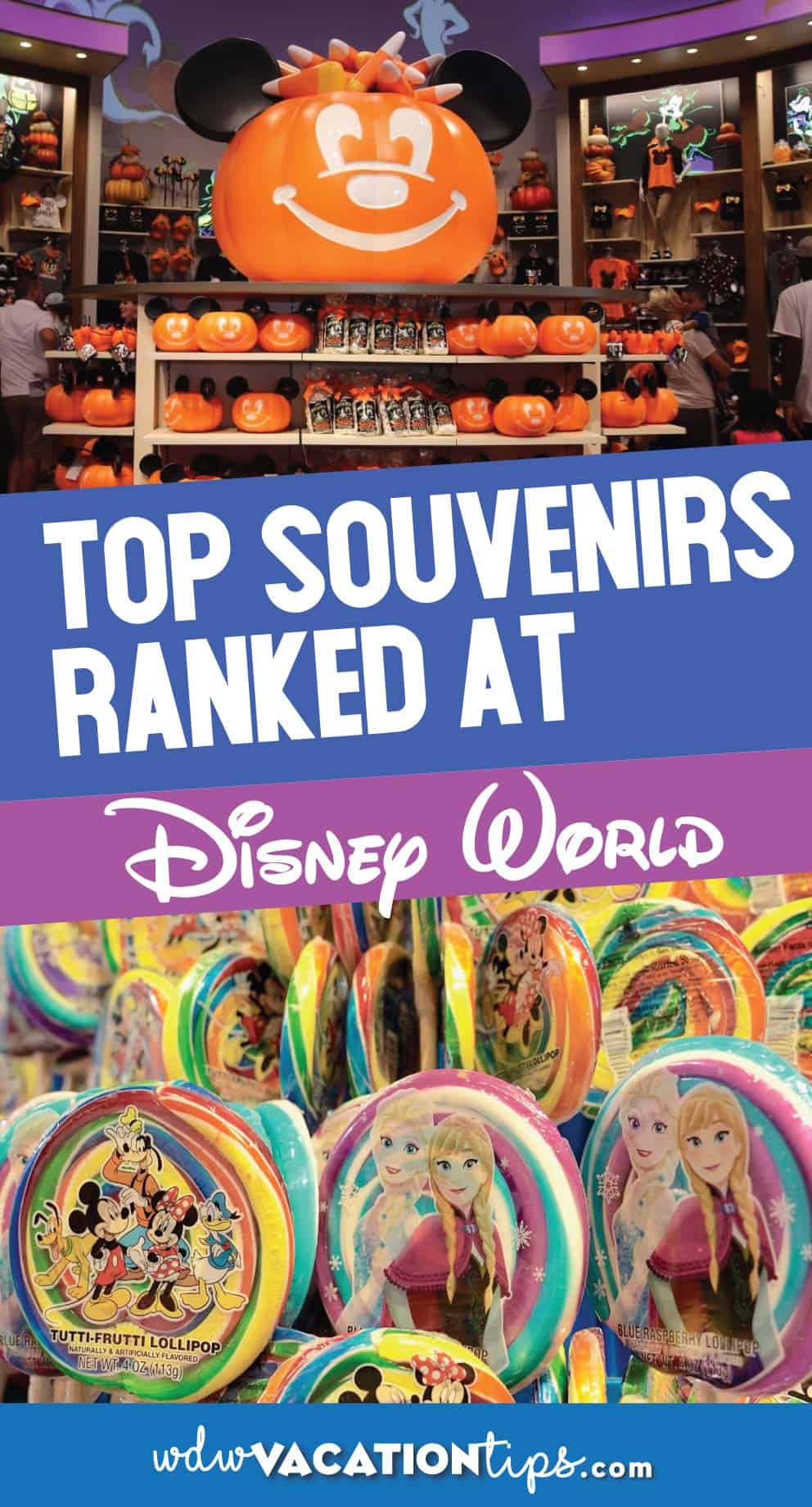 I know I don’t speak for just myself when I say that buying souvenirs from Walt Disney World is a quintessential part of every vacation. I mean, truthfully, I would be totally fine with only going shopping on my next trip. I mean, who needs Mickey-shaped waffles and corn dog nuggets from Casey’s Corner when I can go buy coffee mugs and Spirit jerseys??

Over the years, I’ve created a few different Disney traditions when it comes to buying keepsakes to bring back home with me. When I first visited the parks at around two years old, my parents bought me a stuffed animal and the tradition is still going strong 28 years later; each plush is meant to capture the spirit of the trip, whether it was the bride and groom Mickey and Minnie plush I grabbed on my honeymoon or Chip and Dale after I had a not-so-subtle-meltdown after seeing Chip join in on my photoshoot (honestly, LOOK AT MY FACE!), it’s a fun little way for me to immortalize each trip.

This is especially true considering I look at them as investments because I hope to pass them along to my children later on. Beside the stuffed animals, I collect Minnie ears, charms for my Disney-themed bracelet and coffee mugs. So it got me thinking: what are the best Walt Disney World souvenirs for each member of your family? And even more important – where can you find them?

While you can certainly buy the majority of these items all across Walt Disney World property, these are just a few of my favorites in terms of the selection and the shopping experience they offer. Journey along with me, will you?

For you, the best thing about a trip to Walt Disney World are all the memories you’ll make while you’re there. You don’t need to buy out the entire park to bring home something that will help you relive the magic of the moments you and your loved ones created. The best souvenirs for you are those that are meaningful and can be displayed in a photo album, scrapbook or around the house. The perfect souvenirs for you include:

The ‘Kid at Heart’ One

For you, a trip to Walt Disney World is a chance to let loose and get reacquainted with your inner child. For you, the best Disney souvenirs are the ones that are fun and ones you’ll probably put on display when you get home. The perfect souvenirs for you include:

The ‘Best Bang for Your Buck’ One

You’re probably the person who wears one of those custom Disney shirts that say “Most Expensive Day Ever,” while walking around Adventureland and you’re absolutely right. A Walt Disney World vacation is incredibly expensive and if you do want to indulge in a souvenir, you most likely want it to be one that you can get a lot of mileage out of (and one that won’t break the bank). Because of this, the best souvenirs for you include:

For you, the best kind of souvenir is one you’re going to get a LOT of use out of. Because of this, your souvenirs are going to be practical and whether they last long enough for you to bring home and use or get used up at the hotel, the item’s practicality is of utmost importance. The best souvenirs for you include:

Now we’re speaking my language! You have a Disney style that you adore and your Disney-themed Instagram is probably on point! If this sounds like you, then the best souvenirs for you include:

Whether it’s your first time visiting as a couple or you’re celebrating your honeymoon, bringing home a piece of the magic is one of the best things about visiting Walt Disney World with someone you love. The good news is that there’s a souvenir that will not only fit your budget but you as a couple, as well. Some of the best souvenirs for couples include:

The ‘First Time Visiting’ Ones

If this is your first time visiting Walt Disney World, chances are you’re probably going to want everything that shows off the fact that you’ve just had one of the happiest vacations to ever set sail (wait, wrong slogan). The best souvenirs for you include:

You literally live and breathe Walt Disney World. You’ve been to the parks so many times that you can practically navigate the landscape with your eyes shut. Your Instagram is filled with pictures of your most recent trip and captions about how you can’t wait to go back. Your house is filled with Disney memorabilia, artwork and countless collections of t-shirts, spirit jerseys, stuffed animals and one-of-a-kind Minnie ears. So for you, the best souvenirs to bring home are the ones that will either add to your collection or items that most people probably overlook like:

The ‘Not a Souvenir Guy’ One

And last but not least, the “not a souvenir” one. For you, a Walt Disney World vacation isn’t about bringing yourself back something, especially if it is a heavily themed Disney product. Chances are, you probably don’t want to drink out of a Disney mug that has a bunch of characters on it, but lucky for you, there’s another alternative! The “You Are Here” collection from Starbucks offers up tastefully designed coffee mugs that feature landmarks of the park you’re in. And, for less than $20 these practical must-haves won’t break the bank. And, let’s face it, no one really wants to leave Walt Disney World without a souvenir.

As you can see, there are a lot of options that are perfect for every member of your family. And while we could have probably just named this list, “X Reasons Why You Should Shop at the Emporium and World of Disney,” there are countless ways you can bring home the magic of a Walt Disney World vacation. So, we want to hear from you: where is your favorite place to shop in Walt Disney World. Did any of your favorites make the list?