It’s already time to talk Epcot’s longest-running annual festival,  Epcot International Flower & Garden Festival! We just got a glimpse from Disney Parks Blog the 2020 Garden Rocks Concert Series talent lineup. New to the Garden Rocks Concert Series on the America Gardens Theatre stage this year are Daughtry, Don McLean and other luminaries of various musical genres, so mark your calendars now! I love to see all the flowers and topiaries, but my favorite part of the EPCOT Flower and Garden show each year is the EPCOT Garden Rocks concert series. Where else would you get to see all these great performers, for no additional fee or ticket? I recommend the second or third show each night because the seating is usually easier to get. Also, the later in the season we go, the hotter it gets and the temperature goes down at night making it more comfortable for all that clapping and dancing in your seat!

The America Gardens Theatre is located on the waterfront of the American Pavillon in EPCOT. The American Pavillon is approximately the halfway mark of all the countries. We usually show up at least an half an hour before scheduled showtimes, the line queues from the Italy side of the theatre and depending on how popular the band is, the line can go all the way to Germany. The line for guests with Garden Rocks Concert Dining Package queue from the Japan side of the theatre. You will see many people just standing behind the other entrances, but those ropes won’t be dropped for seating until the other two queues are seated. For the second and third shows of the night, they generally start moving the line to seat guests around 15 minutes before show time. If you arrive after the theatre is full, you can stand outside the seating area and across the walkway in front of the American Pavillon and easily hear the music, but you won’t be able to see much if any of the band. 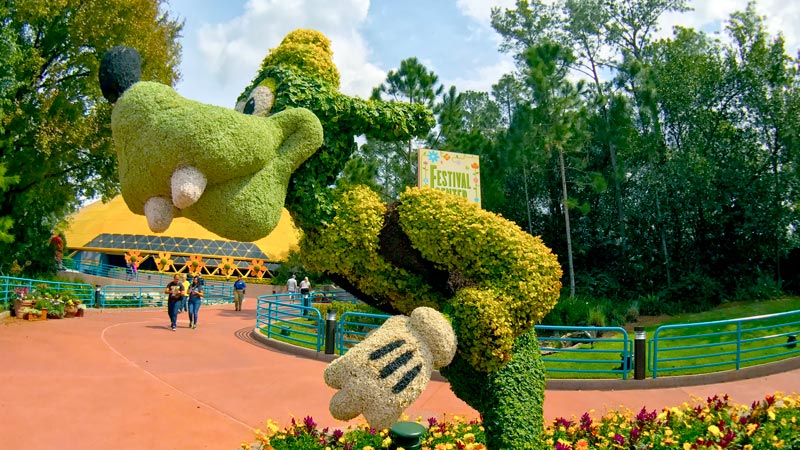 See a favorite band or a new one you don’t want to miss? One of the best ways to join the concert fun is to book a Garden Rocks Concert Series Dining Package for one of the shows at 5:30, 6:45 or 8 p.m. Each package includes breakfast, lunch or dinner at select Epcot restaurants and guaranteed concert seating. Reservations will open to Annual Passholders and Disney Vacation Club members December 18th and to the general public December 19th.