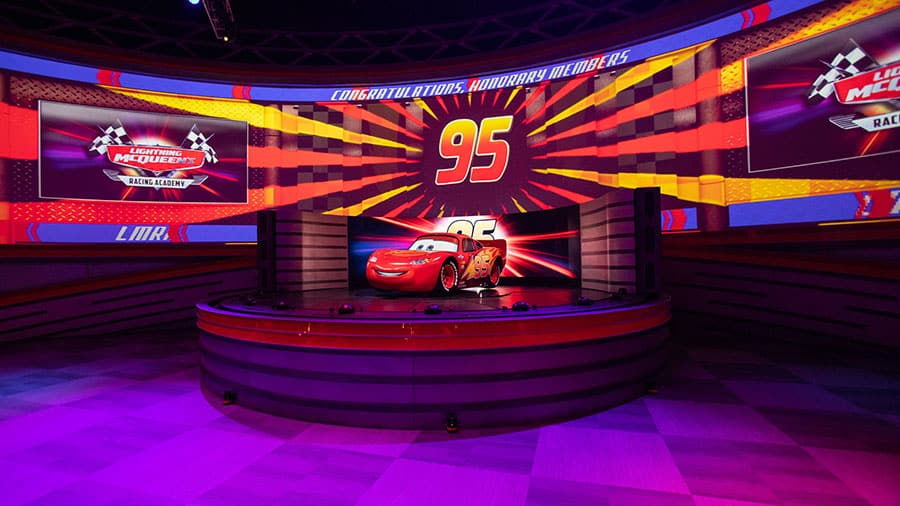 During this 10-minute show, Lightning McQueen appears live on stage to share his racing knowledge! I like to think of it like Turtle Talk with Crush over at the Seas in Epcot. Just instead of a big video screen where you can chat with Crush, this will be animatronic of Lighting McQueen!

Disney shared with us that if there’s one thingLightning McQueen has learned over the years is that things don’t always go as planned. But with the help of Mater, Cruz Ramirez and other friends from Radiator Springs, Lightning is bound to get back “on track.”

Disney didn’t just stop with the show though. You can have even more “Cars” fun in the courtyard outside Lightning McQueen’s Racing Academy. This includes meeting Piston Cup champion Cruz Ramirez and jamming to an incredible music mix from DJ, the ultimate party on wheels. Lightning McQueen’s Pit Crew will also arrive on the scene several times a day for “DJ’s Ready! Set! Party Time!” which invites guests to gather around DJ for “Cars”-inspired dancing and games.