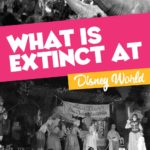 Extinct Disney World inside the parks is something that happens quite often. Except, the things leaving go into the Disney vault. The phrase “out with the old, in with the new” plays a major role all throughout Disney. I can’t help but wonder what came way before my time and why some things went away. Even Disney goes through extinction every now and again. Although, how can it not when there are constantly new and spectacular additions to be made! Let’s travel through time and visit the past. You are going to learn what came before your favorite ride and reminisce on the younger days.

From October of 1971 to today, the Magic Kingdom has had some drastic makeovers. Isn’t it crazy that one ride might have had a history of three others before its creation?

Take 20,000 Leagues Under the Sea for example. This ride was operating from 1971- 1994 and was the most expensive ride to maintain. Located in Fantasyland, 20,000 Leagues was a “submarine” tour of shipwrecks, mermaids, and jewels. Now, these weren’t real submarines. In fact, they were normal boats but riders would just sit below sea level. Two years after it closed, it was replaced by Ariel’s Grotto. Here you could meet Ariel and find King Triton keeping his waters safe. Then, in 2010 the Fantasyland expansion took place. The large body of water used for 20,000 Leagues and the grotto was drained and filled. You can now find the 7 Dwarfs Mine Train ride and more in that exact spot!

Further down memory lane, Mr. Toad’s Wild Ride once stood. This fan favorite ride was similar to a few other rides, except it was more “wild”. I’m sorry I’m so cheesy. Mr. Toad had two different ride entrances, which meant two different tracks and ride experiences. When Mr. Toad was put in the Disney vault in 1998, it was replaced by the ride we all know and love; Winnie the Pooh. But don’t get the blues, you can still find a statue of Mr. Toad in the animal graveyard located outside in the exit queue of the Haunted Mansion. 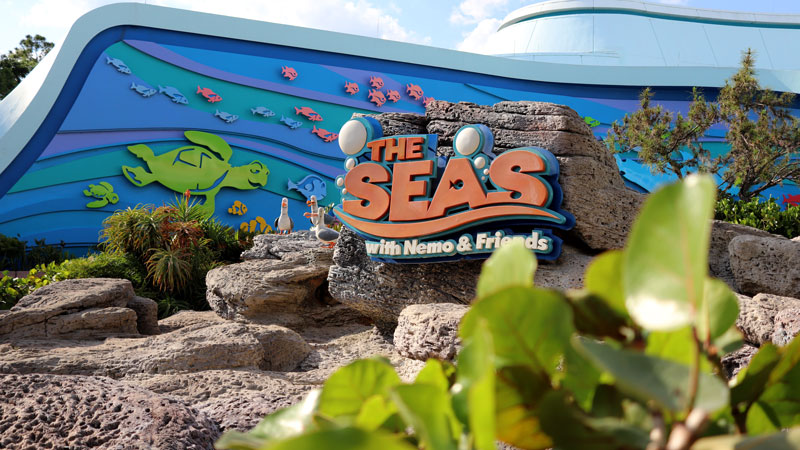 Time traveling and traveling around the world in one day, who knew! Starting with a personal favorite, the Living Seas was home to the Sea cabs. Sea cabs were a ride through a tour of the reef and resembled the cars of Spaceship Earth. After seeing divers, marine life, and scuba Mickey, Disney closed this attraction and blocked it off completely. Until 2006, there was no movement. Suddenly, the walls came down and Nemo made his appearance. The Living Seas became The Seas with Nemo and friends but still has a little piece of where it came from. At the end of the Nemo ride, riders get a little glimpse of the reef… the same view riders had in Sea cabs!

Just last year they closed the Universe of Energy and Ellen’s Energy Adventure to make way for a new Guardians of the Galaxy roller coaster. This ride took you inside a dream Ellen has where she goes on an adventure to find out where energy comes from with Bill Nye the Science Guy. The attraction first opened back in 1982 and was in need of a good update. I myself am looking forward to the new coaster coming. Who can say no to Chris Pratt at Epcot?

The most recent renovation that still is a craze is the removal of Maelstrom. From 1988 to 2014, this historic ride was located in the heart of the Norway pavilion and was full of life and knowledge. Anyone who visits Norway was ready for adventure, Vikings, and villages. In 2016, Frozen has finally opened to the public after two long years of anticipation. Using the same track as the previous ride, Frozen has the ability to go backward and plunge down a waterfall. Go on a journey with Olaf and friends through the icy castle made by the one and only, Elsa. 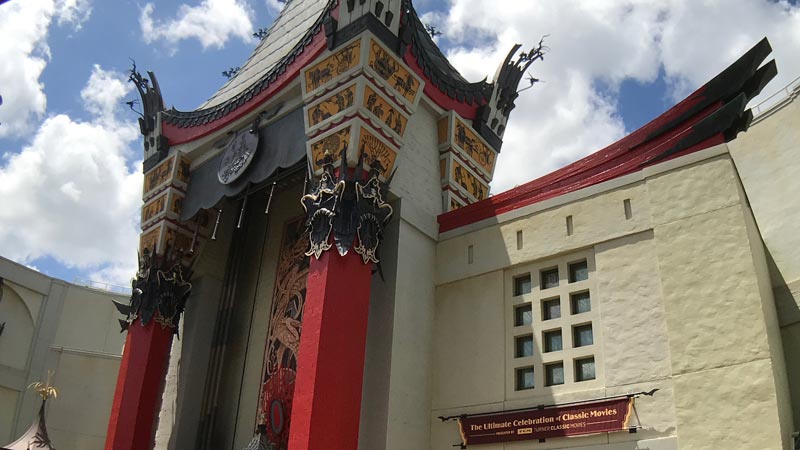 Leaving the world behind, let’s head over to the glitz and glitter of the fabulous Hollywood. In its prime, Hollywood Studios (aka MGM) was as if you were in Hollywood itself. Remember One Saturday Morning, the Disney channel show that aired on ABC for 14 years? One of the shows aired was “Doug”. Doug:Live! set the stage as an interactive play from March of 1999 to 2009, when it closed for American Idol. Idol was only operating for five short years due to the lack of visit. WDW goers felt as if they were wasting a day at the parks if they had auditioned for the show.

If you read my article Favorite vs. Not So Favorite Refurbishments at Disney World , you’d be able to tell that I am not a fan of the removal of the Great Movie Ride. From the opening of the studios in 1989 to August of 2017, the Great Movie Ride was an outlet to jump into the some of our favorite movies. Riders were able to fly over chimney tops with Mary Poppins and synchronize swim with James Cagney and crew in Footlight Parade. “Ready when you are, CB”.

Join the Backlot Tour cast for your chance to be a star. Since the park opened in 1989 to 2017, The Backlot Tour was a vehicle ride through of select scenes and warehouses that showed riders behind the scenes production. Waterfalls and exploding oil tanks, to the room costumes, were made, any rider felt like they were apart of production. You could see a backstage preview of the action. If you ever wondered how action movies are made, catching Lights, Motor, Action would definitely fill the void. This stunt show was thrilling and a little nerve-wracking. March 2005 to April 2016, professional stunt actors put on a show and explained how some scenes in movies were configured. Even some visitors made their appearance! Lightning McQueen; my idol. 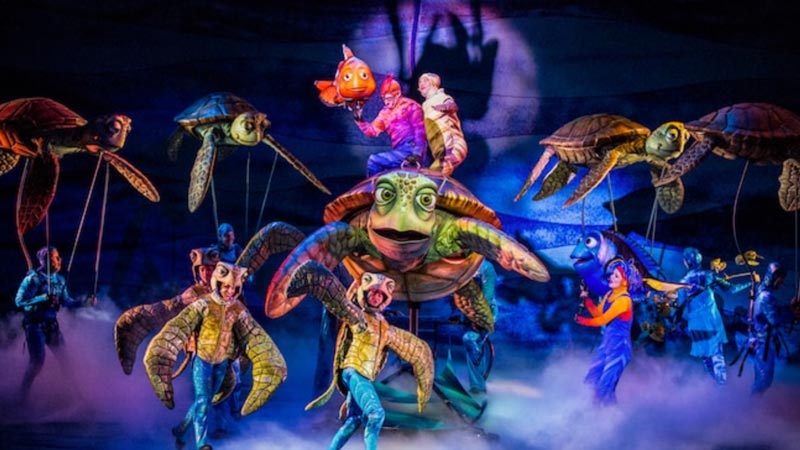 The Animal Kingdom has had the least refurbishments out of the four parks. As I mentioned earlier, it is a little surprising to think that one ride or attraction had a few others in its history book. One show, in particular, had a few to follow after it had closed. Journey into the Jungle Book was a play that was performed for only one year (1998-1999). It was then replaced by Tarzan Rocks! that remained untouched for seven full years. Then, Pixar does it again and comes out with Finding Nemo. Finding Nemo: The Musical replaced Tarzan in 2007 and is still being shown to date; 11 years later.