This June, the Walt Disney Archives celebrates its 50th anniversary, and what was once a one-man operation run out of a one-person office in the Animation Building on The Walt Disney Studios lot has grown into a dedicated team of 30 staff members and a model for archives around the world. 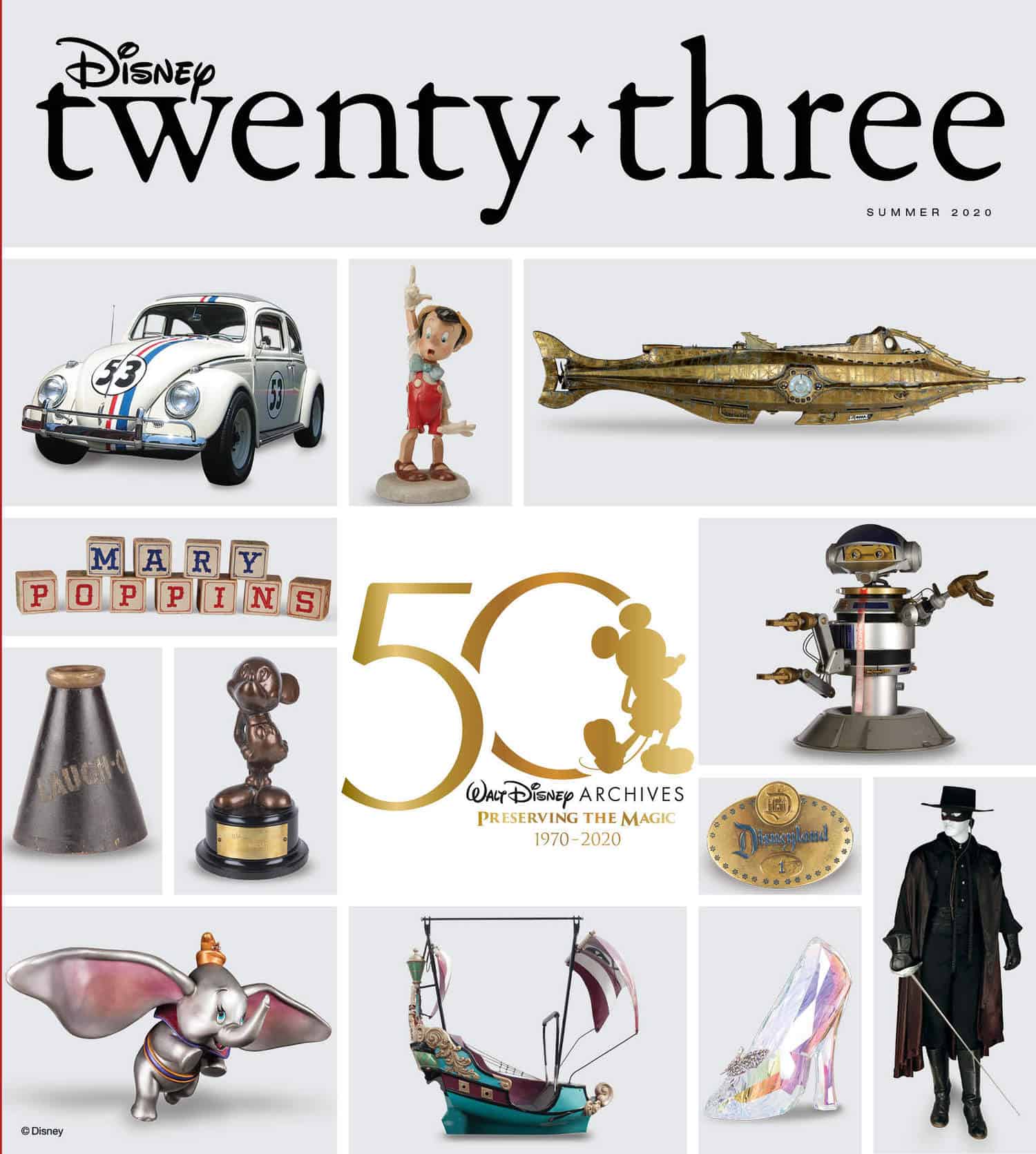 More Inside the Summer Issue of D23

It’s once again time to play the music, and it’s time to light the lights. With the premiere of the new series Muppets Now coming soon to Disney+, the team bringing the show to life takes Disney twenty-three behind the scenes for a heartfelt look at the show. And Kermit the Frog and Miss Piggy sit down for an exclusive interview to talk about their return to the screen and the importance of Miss Piggy, of course.

Plus, Sir Kenneth Branagh, Dame Judi Dench, Josh Gad, and newcomer Ferdia Shaw discuss adapting the YA phenomenonArtemis Fowl into an epic feature, premiering this June on Disney+. Director and producer Don Hahn pens an essay on the making of his moving Howard Ashman documentary Howard for Disney+, and illuminates the inside story of the award-winning lyricist responsible for some of Disney’s most beloved songs. And Secret Society of Second-Born Royals star Skylar Astin reveals his Disneyland favorites, with photos shot exclusively for Disney twenty-three earlier this point year at the resort.

Even more included in the Summer issue of Disney twenty-three:

Disney twenty-three, which is delivered directly to fans’ doorsteps, is offered exclusively to D23 Gold and Gold Family Members as a benefit of their membership. The latest issue will begin arriving before the end of May.

Get Your D23 Subscription Now