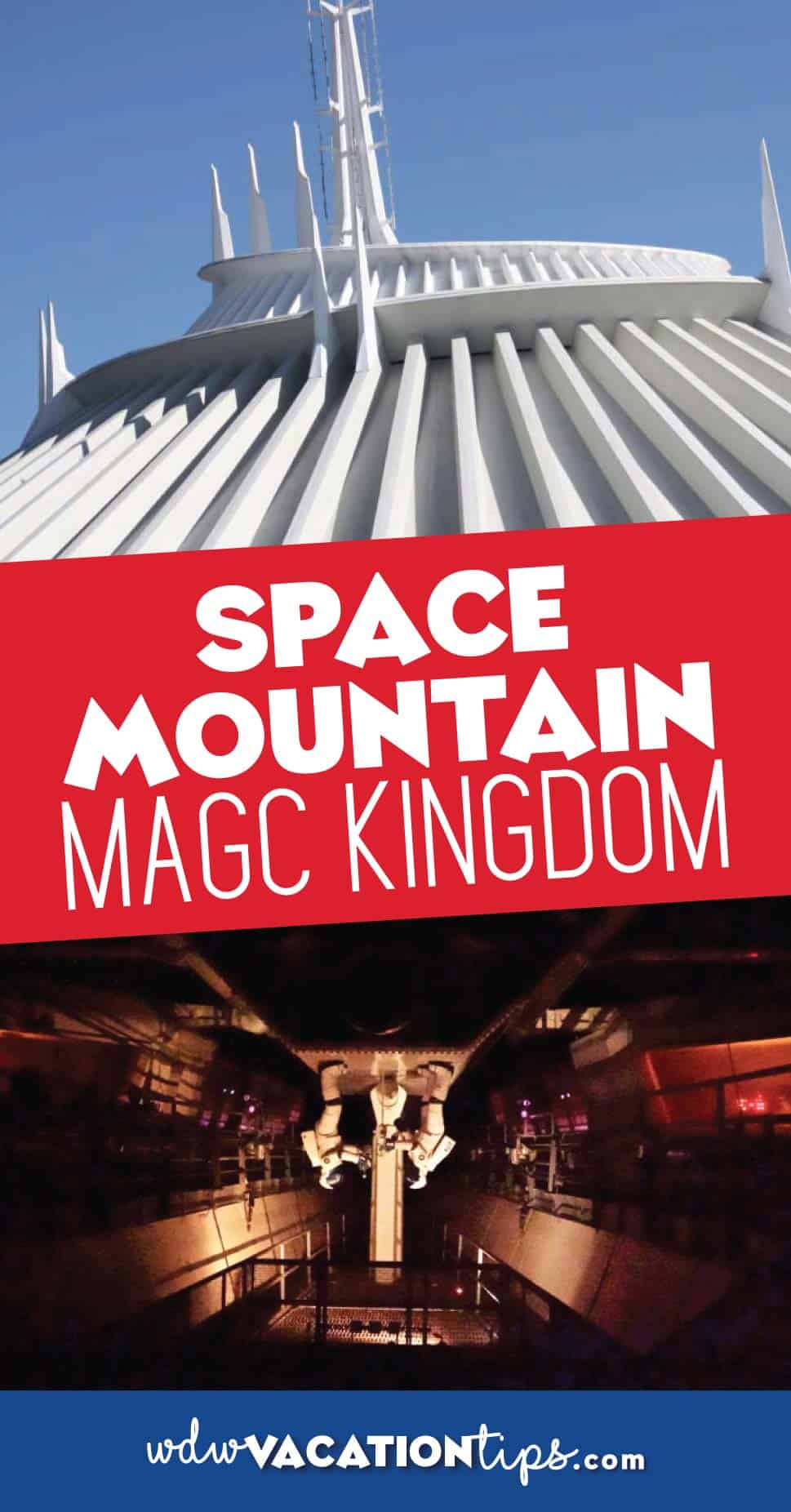 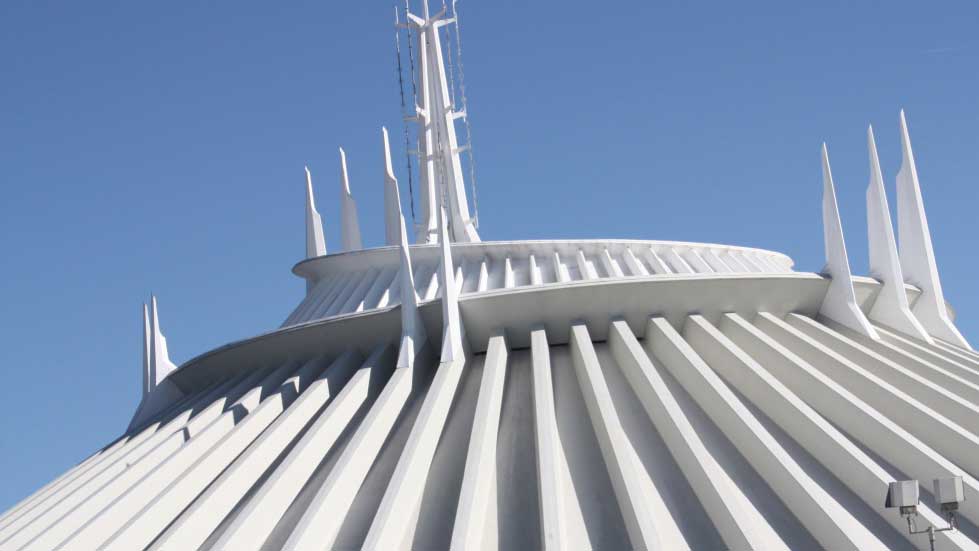 When you enter into Space Mountain you enter into darkness aka space! Be on a lookout for a star map in the first room. Then it’s time to enter the tunnel portion of the queue. Towards the end of this long tunnel, they have giant screens where you will be encouraged to play along in some games. These are a variety of 90-second long video games that are hosted by a robot that operates Space Mountain’s mission control center.

Once you make it by the games you are on to the final area before the loading zone. Here you entertainment is watching people load onto their rockets and zipping off into space.

The Speed of Space Mountain 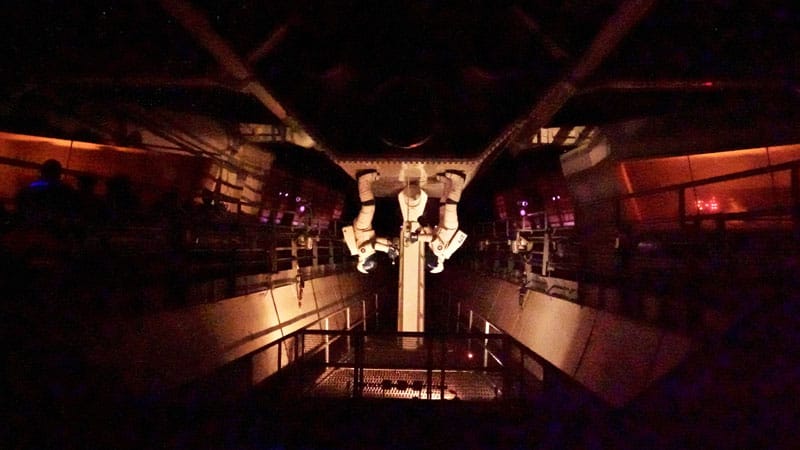 This has long been a hot topic amongst Disney fans. Just how fast are you zipping through space on Space Mountain? The ride surprisingly taps out at just 28 miles per hour. I swear it feels a whole lot faster! In case you were wondering Big Thunder Mountain, in the same parks, goes almost 10 mph faster at 36 mph. That is quite a comparison.

Riding Space Mountain with the Lights On

This is not a normal experience. Quite frankly I think it’s better in the dark because the ride with the lights on is at minimum 10 times scarier. Note watching the video below will spoil what to expect on the ride! But it’s a good gauge of the drops that happen during the ride.

If you are nervous about the ride, want a sneak peek, or trying to persuade a young one you can get a mini preview then be sure to ride the PeopleMover. This ride runs around above Tomorrowland and actually drives straight through Space Mountain. You see the lift hill as well as the inside the attraction. By riding the PeopleMover just about every trip is how I have caught the inside of Space Mountain with the lights on.

Keep in mind that seats are one behind another. So if you need some moral support of someone sitting next to you or are worried about a little one note that you will be separated.

To avoid waiting in the very long line that inevitability builds up at Space Mountain we highly recommend getting a Fastpass for this ride. If you don’t have a Fastpass try heading to this ride first as soon as the park opens. Most of the people these days head straight for the Seven Dwarfs Mine Train. This means you won’t have to fight a stampede.

In order to give you an idea on expected wait times at best, we see this at around a 40-minute wait on low crowd days. During peak season, like Christmas, the wait can get up to 180 minutes.