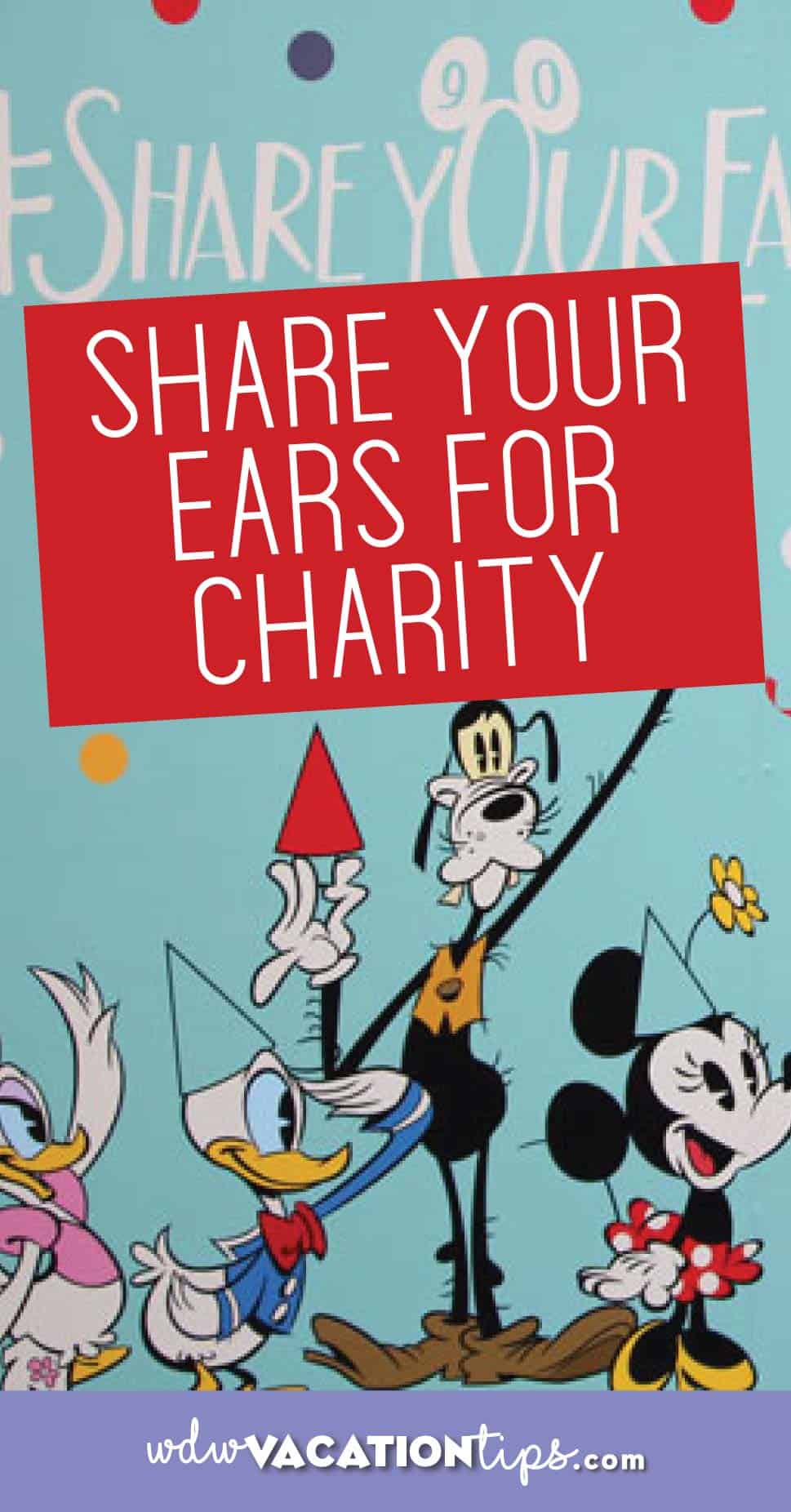 Disney launched its Share Your Ears campaign, benefiting Make-A-Wish. The campaign kicked off during “Mickey’s 90th Spectacular” on ABC, with a dedicated segment with Robin Roberts, award-winning broadcaster and co-anchor of ABC’s Good Morning America, on the significance of wish granting. The elegant affair featured star-studded musical performances and moving tributes in celebration of 90 years of Mickey Mouse. 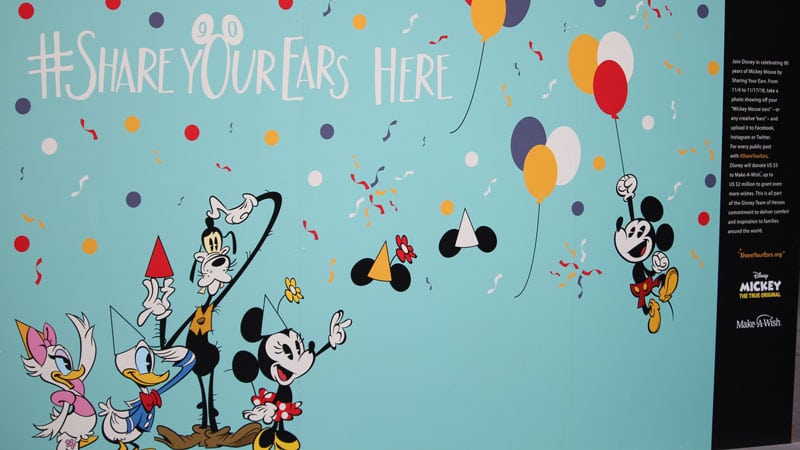 For the third year in a row, Disney is supporting Make-A-Wish to unlock donations by inviting fans to share their ears on social media. Between now and November 17th 2018, Disney will donate US $5! This is up to a total of US $2 million, to Make-A-Wish for every public photo posted showing off “Mickey Mouse ears” or any creative “ears”! So what are you waiting for?! Let’s start sharing on Facebook, Instagram or Twitter using the hashtag #ShareYourEars.

Make Your Own Mickey Ears

Stop by your local Disney store from today until November 17th to decorate a pair of paper Mickey Mouse ears, snap a picture in the #ShareYourEars photo frame, and post your picture to social media with #ShareYourEars to celebrate Mickey’s 90th and make a difference. Disney stores in U.S. and Canada only; outlets excluded.

Keep your eyes peeled, ABC, Disney Channel and Freeform will feature messages from popular actors and performers across multiple platforms encouraging viewers to take part in #ShareYourEars. Social media handles and celebrities from across the company will also post photos and videos showing off how they share their ears. Disney Theatrical Productions will celebrate with audiences on Broadway, providing campaign information in Playbills for The Lion King, Aladdin, and Frozen.

ESPN will run digital ads for Share Your Ears across its media platforms, along with on-air and ESPN Radio promotions. In addition, ESPN personalities will support the program on social media.

Disney and Make a Wish

“It is a tremendous honor to support children whose wish is to come to Disney. Wish granting exemplifies the magic our 160,000 cast members and Imagineers create for guests all over the world every day,” said Bob Chapek, Chairman, Disney Parks, Experiences and Consumer Products. “With this third Share Your Ears campaign, we’ll get to make a difference in the lives of even more children and families.”

Disney has helped grant more than 130,000 wishes during its 40-year partnership with Make-A-Wish. This includes one out of every two wishes in the United States. The CEO of Disney also recently joined the Make-A-Wish America board of directors.

These two companies have a long-standing history together. Since 1980, when Disney was part of the first official wish. Disney has helped Make-A-Wish fulfill experiences that not only brighten lives for a special moment. Also, Disney helps wish kids and their families replace fear with confidence, sadness with joy, and anxiety with hope. Currently, more than 10,000 Disney wishes are granted every year, and this number continues to grow.

“We are thrilled to once again join forces with The Walt Disney Company for the Share Your Ears campaign to provide people with a fun, family friendly way to make a lasting, impactful difference in the lives of children with critical illnesses,” said Holly Thomas, vice president of corporate alliances for Make-A-Wish America.

Jon Stettner, president and CEO of Make-A-Wish International added, “We are so grateful to Disney, and its guests and fans worldwide, for their ongoing support. Disney’s continued generosity strengthens our global organization and allows us to grant life-changing wishes in more than 50 countries. We are delighted to be a part of the third year of this incredible campaign.”

Share Your Ears is part of the Disney Team of Heroes philanthropic initiative and outreach program to deliver comfort and inspiration to families around the world. In March 2018, The Walt Disney Company made a five-year, US $100 million commitment to reinventing the patient and family experience in children’s hospitals and is working with children’s wish-granting organizations around the world to fulfill wishes for children facing critical illnesses.