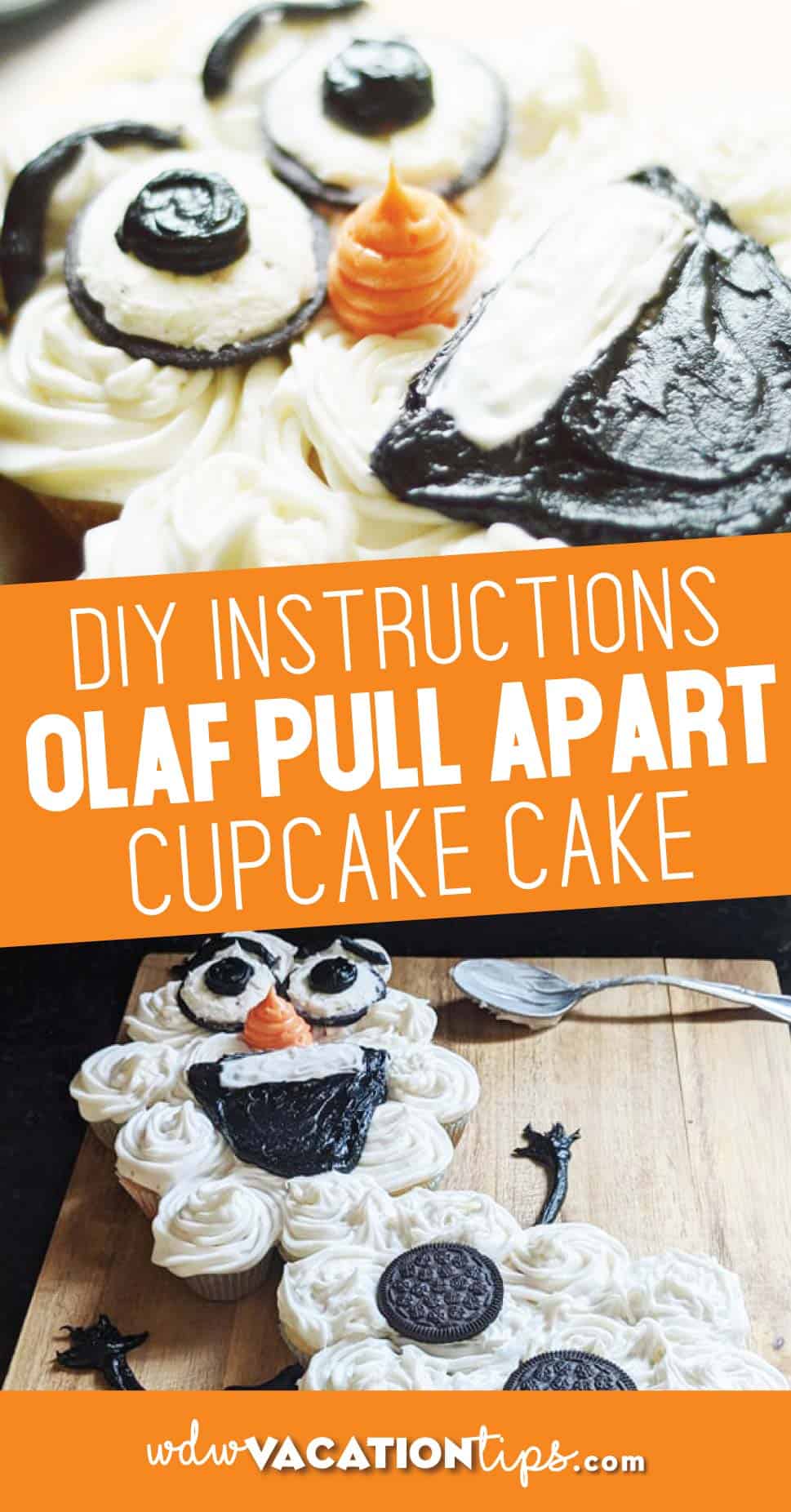 Let me begin by saying that this cake is geared towards amateur cake decorators like myself. Very few of us have mad baking skills to where we can make a cake look professional. Plus, many of us don’t have all those fancy tools that decorators use either. There’s no need to go out and spend loads of money getting those tools just for making a cake a couple of times a year. Further, there’s no need to spend $75 – $100 getting one made either because none of us have that cash either. However, what we do want is a simple cake we can make ourselves that doesn’t cost a ton of money and doesn’t look like a 3-year-old made it. So we put together a guide to show you how to make your own Olaf Pull Apart Cupcake Cake. 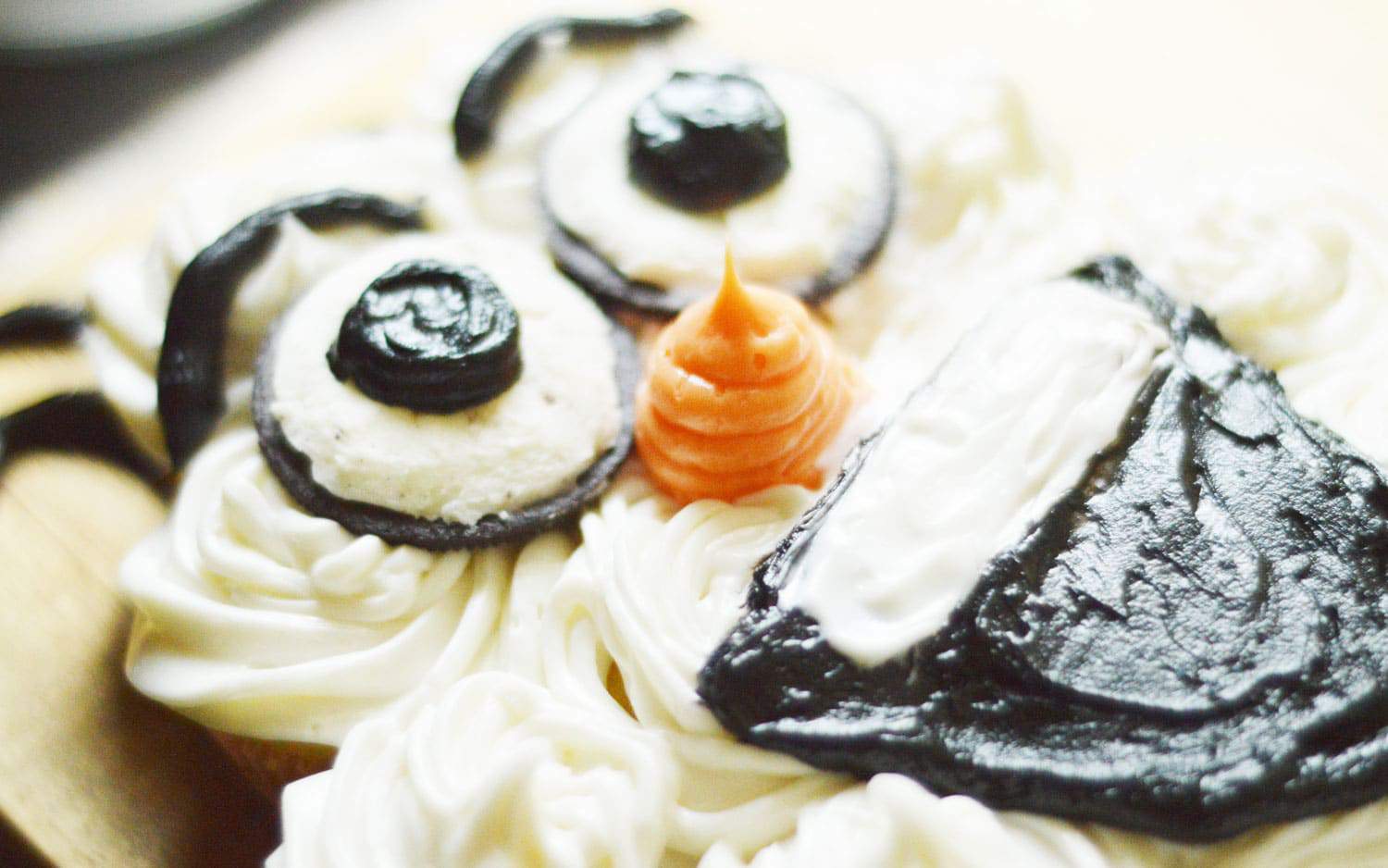 This Olaf Pull Apart Cupcake Cake can be made three ways: By using homemade cupcakes, store-bought cupcakes, or boxed cupcakes. You can also choose to use mini cupcakes or normal sized cupcakes. I used mini cupcakes that I made from a box for this cake and it cost less than $10 and only took about an hour, including the baking time for the cupcakes. 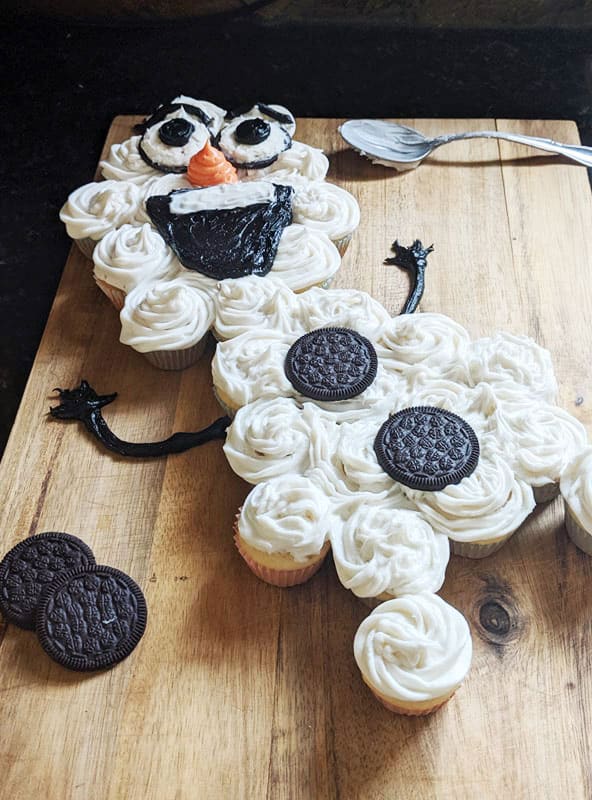 First, prepare the cake mix as directed by the box. Use cupcake liners to bake your cupcakes as this will be necessary for the shaping of the cake to go smoothly. Note that you will need around 28 cupcakes. Bake the mini cupcakes for ten minutes or until a toothpick comes out clean. 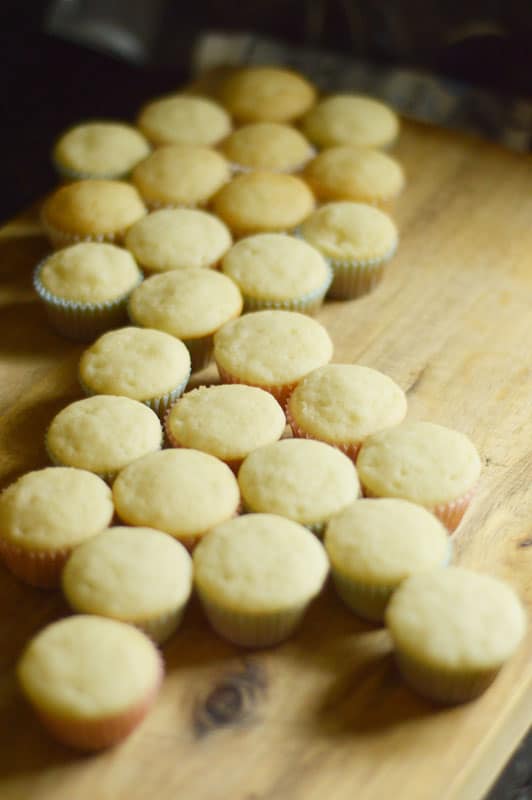 Allow the cupcakes to cool thoroughly and then shape them following the diagram below on top of something they can be transported on. A cookie sheet, a board, etc. Each X represents a single cupcake. The lower portion will need to sit more sideways which wasn’t possible to show in this format. 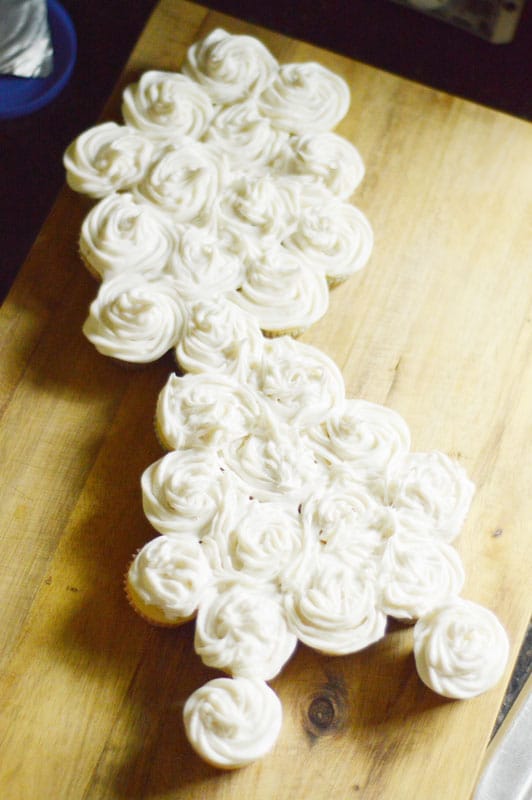 Take your other two Oreos and separate them, setting the side without the frosting on it, to the side. Using your fingers, gently shape the frosting to be even on the Oreo and place those at the top of the cake, near the bottom of the first two cupcakes, be sure the two Oreo halves are centered. 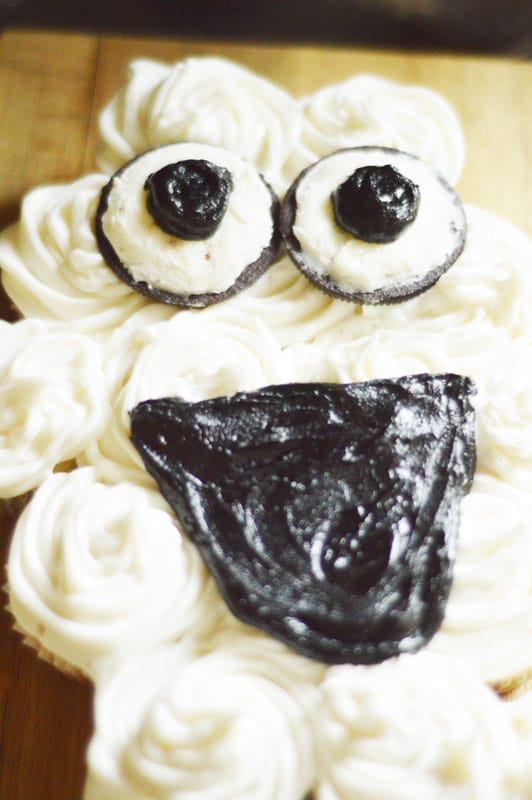 Then make what looks like an elongated U shape just a bit below the eyes with the black frosting and fill it in. This will be his mouth.

Lastly, use a bit of your white frosting you have left to make a rectangle at the top of his mouth which is his teeth. 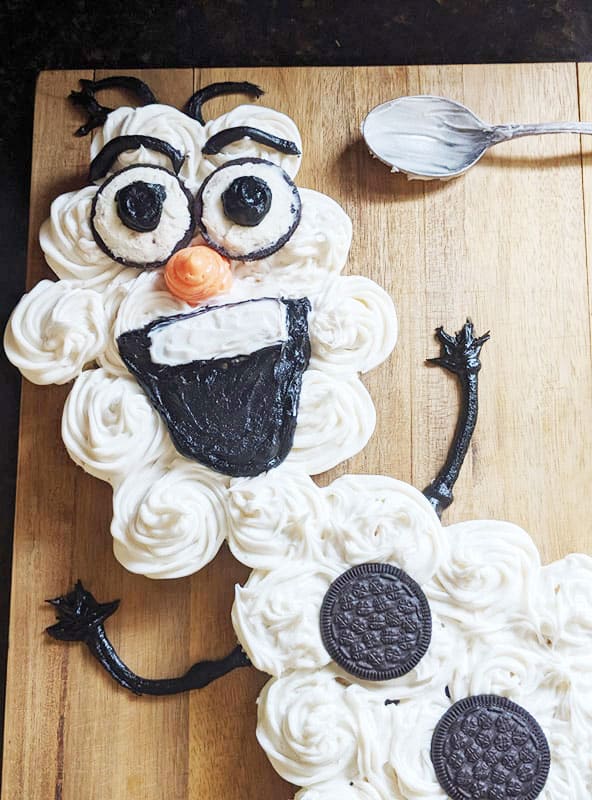 For the nose, put a frosting tip that is plain with no design in a baggie just like step 3. Put orange frosting in this baggie, and make the nose by stacking the frosting. Do this by making the base of the nose and as it gets tall enough, lightly push your frosting tip down to pack it down and also make it look like little lines like the lines on the carrot of his nose. You’ll need to let it stack up and dab it down about 4 times or until the nose is tall enough or big enough.