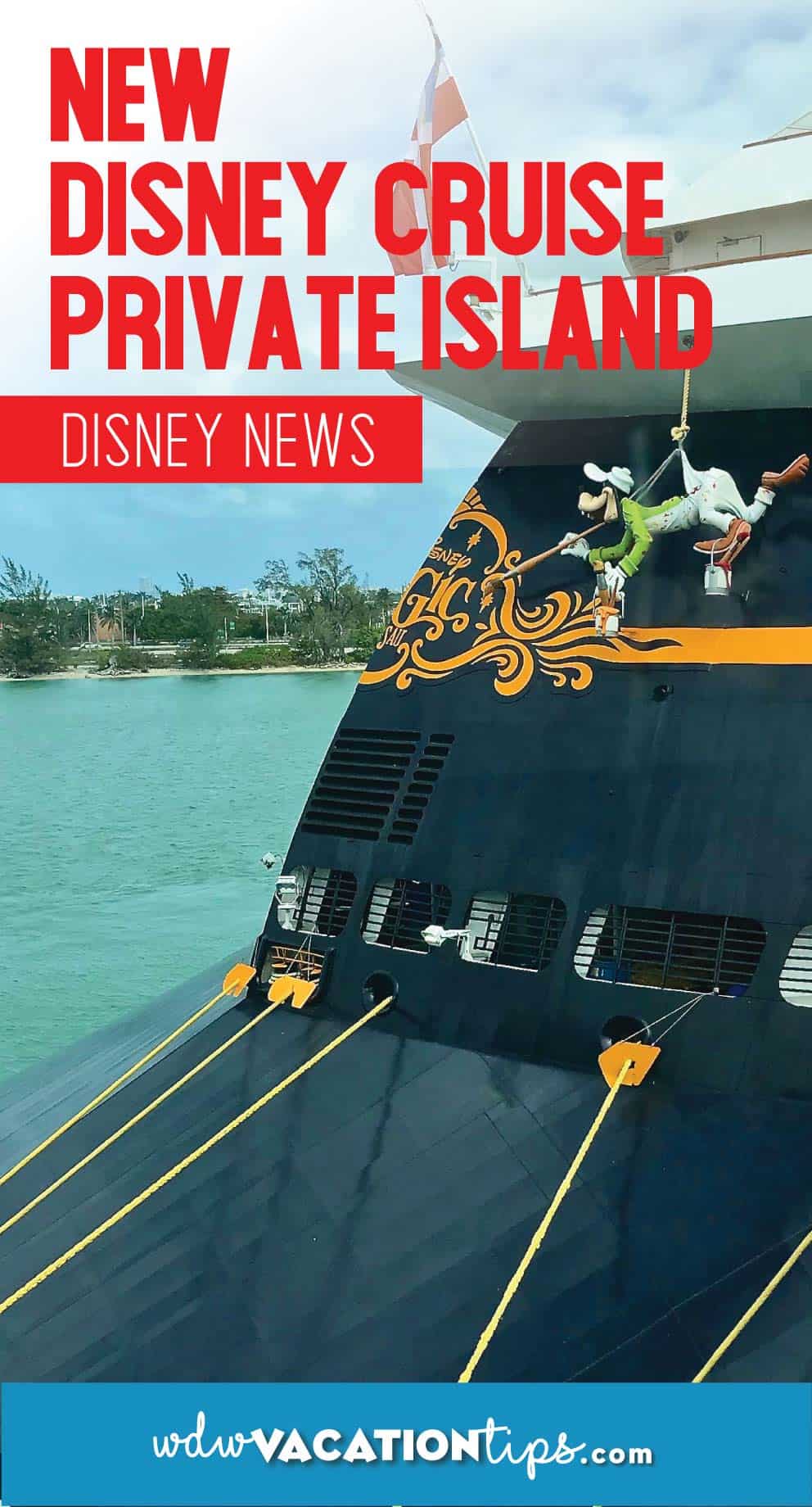 At the D23 Expo 2019 today, Disney Parks, Experiences and Products Chairman Bob Chapek announced the highly anticipated name of the fifth Disney Cruise Line ship, gave us a first glance of the ship’s elegant atrium and revealed the iconic Disney character that will adorn the ship’s stern. Bob was joined by Imagineer Joe Rohde to share a first look at the plans for the second island destination in The Bahamas. I’m thrilled to share all these details with you! 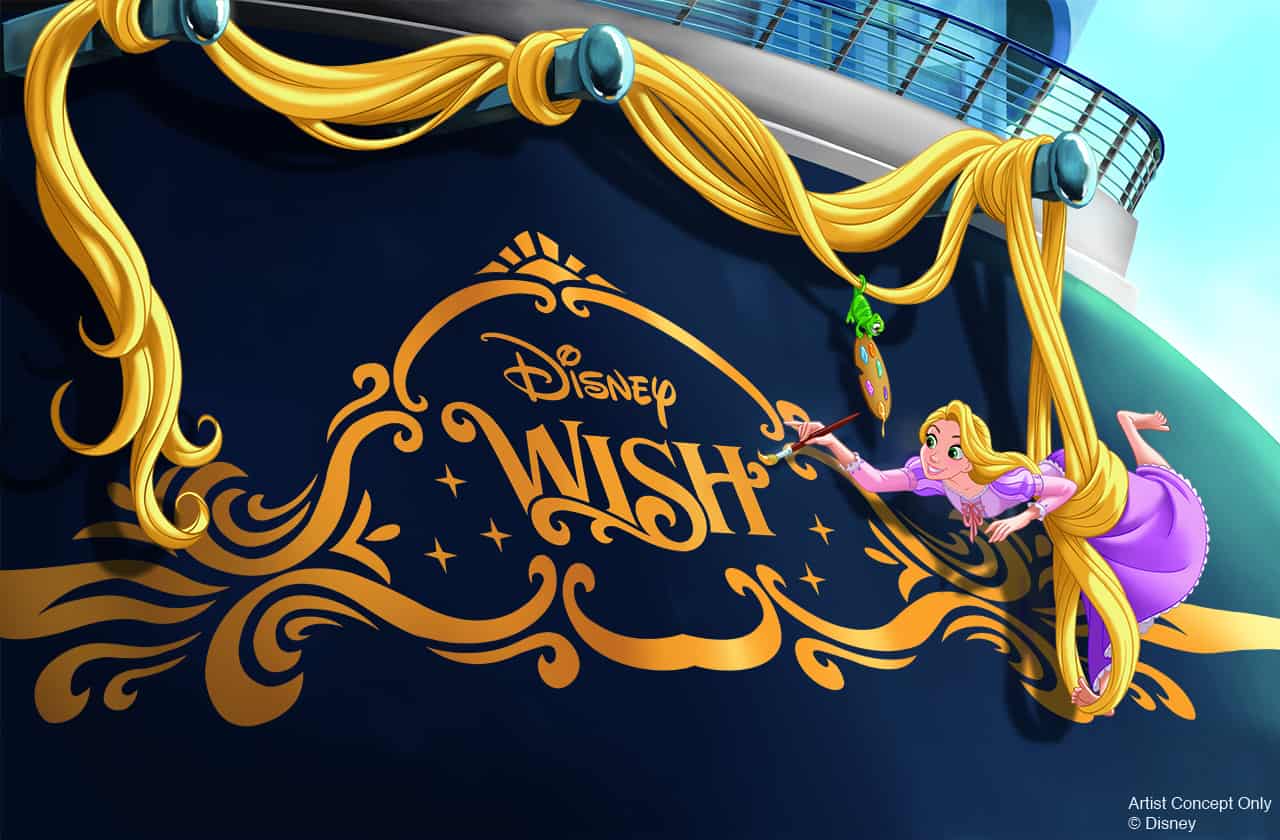 Disney Wish was revealed as the name of Disney’s fifth ship. It’s very fitting because making wishes come true is at the heart of so many Disney stories. 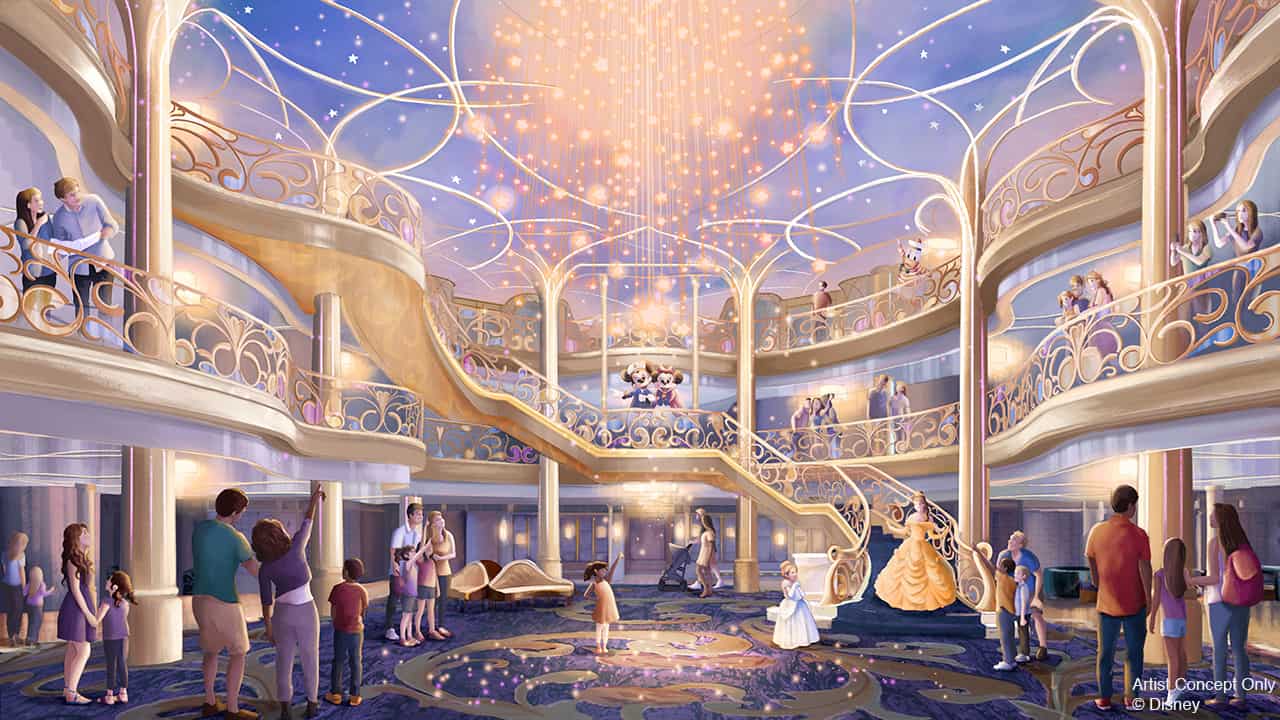 The ship’s atrium will be a bright, airy and elegant space inspired by the beauty of an enchanted fairytale. A beloved hallmark of Disney Cruise Line, it has been a tradition to adorn the back of the ships with an iconic character that reflects the theme of each vessel. For the Disney Wish, the ship’s stern will feature Rapunzel. Our favorite artsy princess, paintbrush in hand, uses her enchanted hair to suspend herself as she decorates the stern of the ship with the help of her feisty sidekick, Pascal. Spirited, smart, curious and above all, adventurous, Rapunzel embodies the wish and desire to see and experience the world.

The Disney Wish is scheduled for delivery in late 2021 and will set sail sometime in January 2022. The vessel will join Disney Cruise Line’s award-winning fleet where guests experience the magic of Disney entertainment combined with the relaxation of tropical, sun-drenched beaches and the adventure of ocean cruising.

All three new ships will be powered by liquefied natural gas and, at approximately 144,000 gross tons and 1,250 guest staterooms, be slightly larger than the Disney Dream and Disney Fantasy.

Watch out Castaway Cay, Disney also has announced a second tropical destination in The Bahamas! It will be located on the breathtaking island of Eleuthera at a place called Lighthouse Point. The new destination will celebrate both the stories of The Bahamas and the natural environment of Lighthouse Point itself. 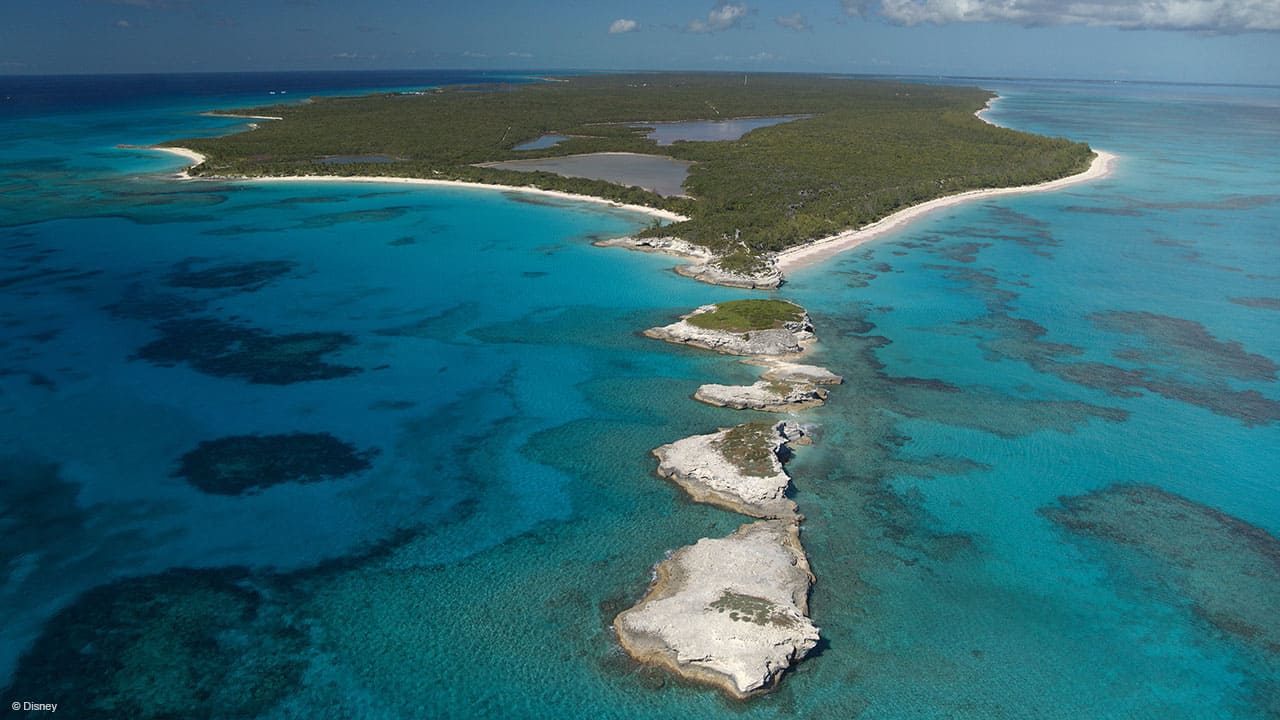 Joe Rohde, whose work includes the design of Disney’s Animal Kingdom and Aulani, a Disney Resort & Spa in Hawaii, has embarked on an in-depth cultural tour of The Bahamas. With local artists and cultural experts, he has explored cultural sites across New Providence and Eleuthera, from Junkanoo shacks to noted art galleries.

Joe points out that Disney will be directly involved in conservation efforts to preserve and protect the environment and will be working with local artists to create a unique destination that is rooted in Bahamian culture and filled with Disney magic.

Construction at Lighthouse Point will begin only after an Environmental Impact Assessment and Environmental Management Plan are reviewed and accepted by the Government of The Bahamas and public consultation has occurred. Construction could begin in 2020 with completion in late 2022 or 2023.

With three new ships coming to the Disney Cruise Line fleet, there’s so much to look forward to on the high seas and at the new Disney tropical destination experience in The Bahamas.