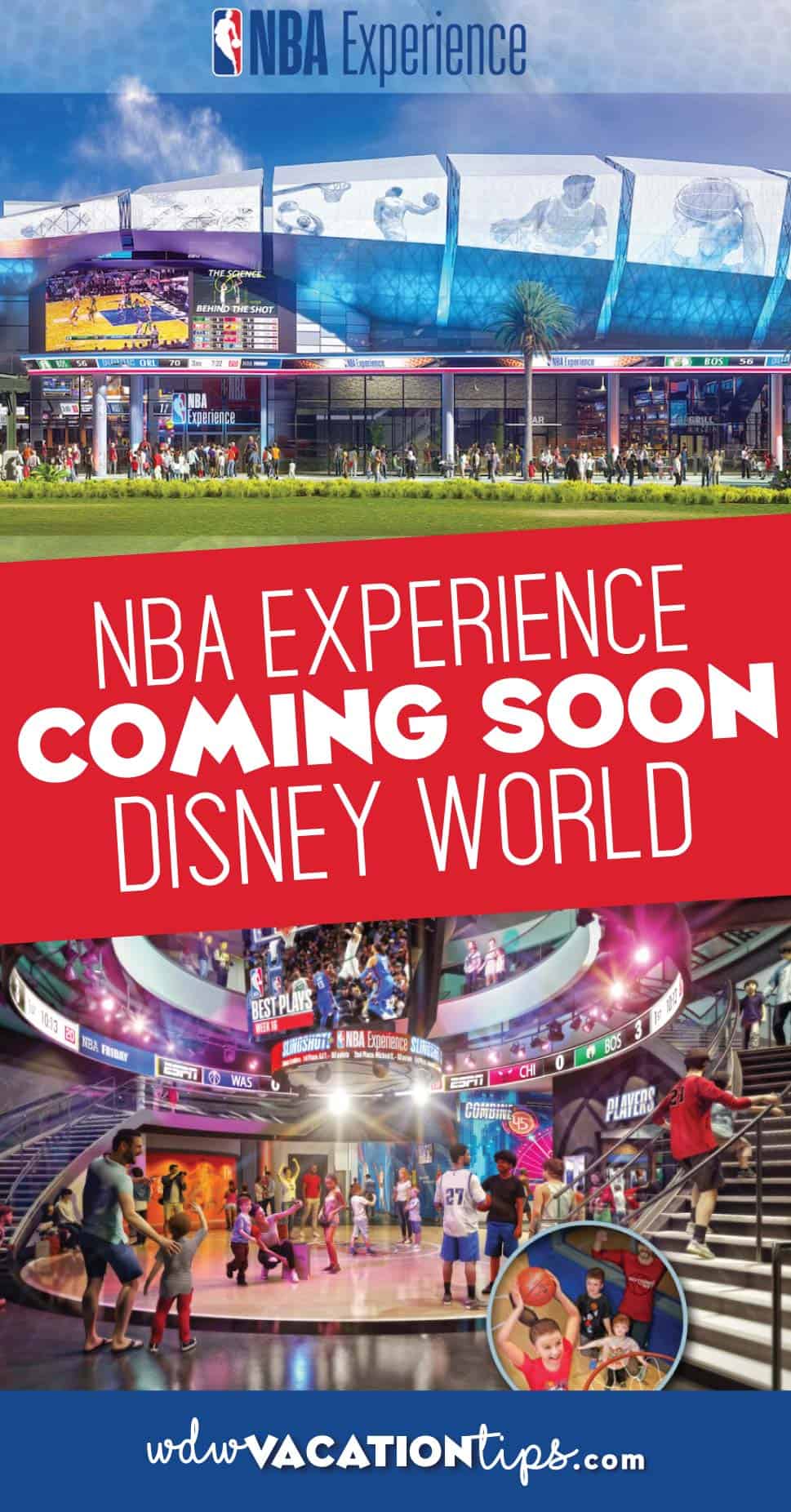 Walt Disney World Resort is giving us a first glimpse of the exciting action coming to the new NBA Experience at Disney Springs in summer 2019. The NBA Experience is promised to be a one-of-a-kind destination. It is all developed by Walt Disney Imagineering in collaboration with the NBA. The experience will feature hands-on activities that immerse guests into the world of professional basketball.

What is Being Said About the NBA Experience

“Developed with the NBA, and inspired by the league’s 29 arenas around the country, NBA Experience will highlight the heart-pounding action and excitement of the NBA world,” said Stan Dodd, Executive Producer, Walt Disney Imagineering. “From training simulations and clock-racing competitions to fan-favorite NBA moments – we’re bringing new experiences and thrilling games to life to make fans truly feel like a star player.”

“The Walt Disney Imagineering team has unparalleled expertise in creating best-in-class attractions for the millions of guests who visit their parks each year,” said Salvatore LaRocca, President, Global Partnerships, NBA. “The NBA Experience will be a destination for basketball fans from all over the world, and we are excited to partner with Disney to bring new and lifelong fans closer to the game.” 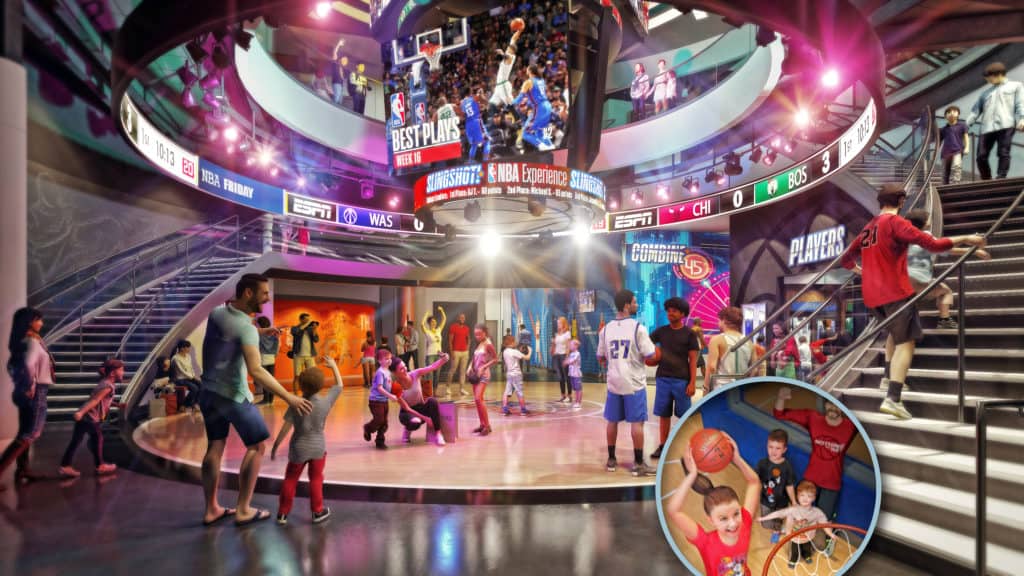 What Exactly the NBA Experience Offers

NBA Experience will feature something for everyone. Here you will get a glimpse into the atmosphere at the NBA Draft. You will even be able to participate in their own scouting reports, go through pregame preparations, and step onto the court to make clutch shots and highlight reel-worthy slam dunks. With a dozen unique and innovative activities, guests will:

In addition to these games and competitions, NBA Experience will also include a retail store featuring exclusive NBA-themed merchandise designed by Disney. 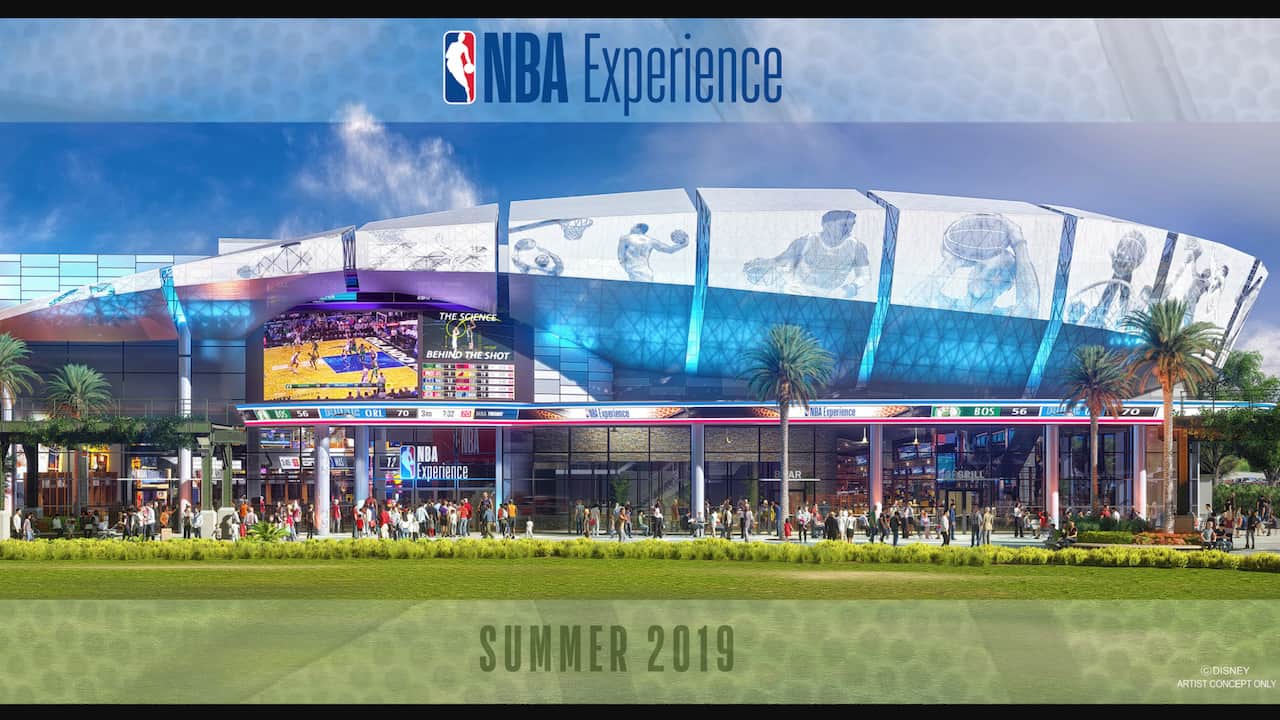 (Oct. 19, 2017): Inspired by the modern architecture of new NBA arenas around the country, The NBA Experience building design exudes the same spirit and energizing impact, while creating an unmistakable and entertaining connection to the NBA in a way that only Disney can. The NBA Experience at Walt Disney World Resort will be a one-of-a-kind basketball-themed experience featuring hands-on activities that put guests of all ages right in the middle of NBA game action. There will be immersive NBA video productions and numerous interactive experiences, as well as a restaurant and a retail store.

NBA Experience at Disney Springs is just one of several ways Walt Disney World Resort is continuing to grow and add new experiences to delight and entertain guests. For more on what else is coming to Disney World read New at Disney World in 2019.

This soon-to-be fan-favorite destination is also the latest example of the rich basketball tradition at Walt Disney World, which hosts the Jr. NBA Global Championship, AAU National Championships and the AdvoCare Invitational at the ESPN Wide World of Sports Complex.