My husband and I actually live right behind the magic of Disney World. We have been beyond excited to watch the all-new solar farm go right up along the highway we typically take to get into the parks. We try to go as green as possible and hope to one day even get some solar panels to power our own house.  For Earth Day Disney is unveiling the details of a massive new 270-acre, 50-megawatt solar facility. This solar farm was built in collaboration with the Reedy Creek Improvement District and solar developer Origis Energy USA. The facility has the ability to harness the power from the sun to bring the magic of Disney World to life. 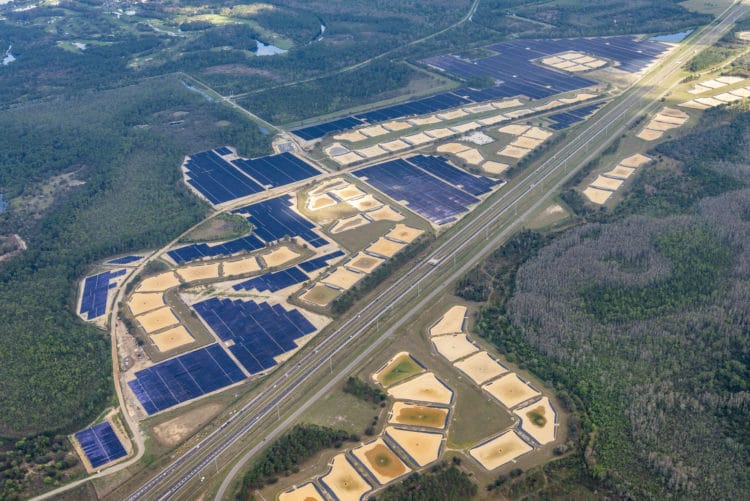 Want to see the solar panel for yourself? The whole setup is located adjacent to State Road 429 (that highway I was talking about earlier). The facility is so large it is expected to generate enough renewable clean energy to operate two of Disney’s four theme parks in Central Florida annually. It will also significantly reduce net greenhouse gas emissions by tens of thousands of tons per year. This initiative is joining the numerous efforts The Walt Disney Company has launched to deliver its 2020 goal of reducing emissions by 50% compared to 2012.

“At Disney, every day is Earth Day, and we hope our guests and cast members will be as inspired and amazed as we are at what this new solar facility means for our community and planet,” said Angie Renner, Environmental Integration Director, Disney Parks, Experiences and Consumer Products. “This is an ambitious step forward for our renewable energy efforts.” 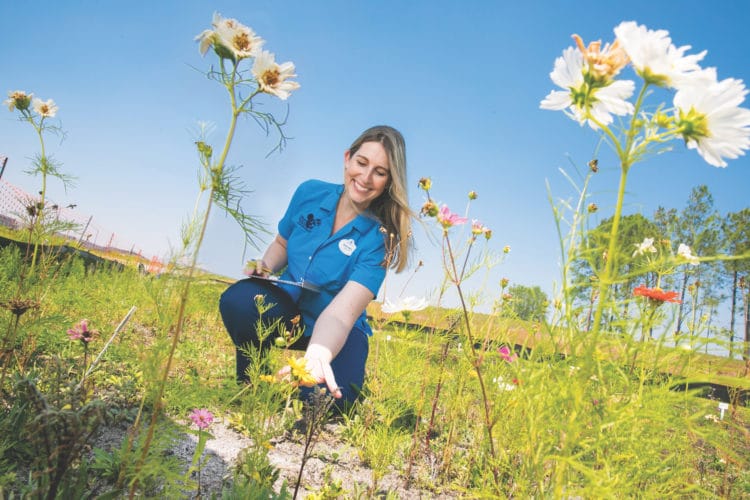 Rachel Smith from Disney’s Animals, Science and Environment team helps oversee the growth of plants in the pollinator test garden at the new solar facility, providing an important habitat for insects, which are important to the ecosystem. (Olga Thompson)

The solar facility is also providing an important habitat for native wildlife in Central Florida. A team of environmental and horticulture experts from Disney collaborated to help make more than two-thirds of the facility pollinator friendly, with the goal of creating a nurturing and welcoming habitat for butterflies, bees and other insects, including endangered and at-risk species. This team is also managing and monitoring an experimental test garden at the facility to conduct research and further enhance the habitat. The effort to safeguard endangered pollinators aligns with the Disney Conservation Fund’s ongoing focus on saving wildlife, including butterflies. 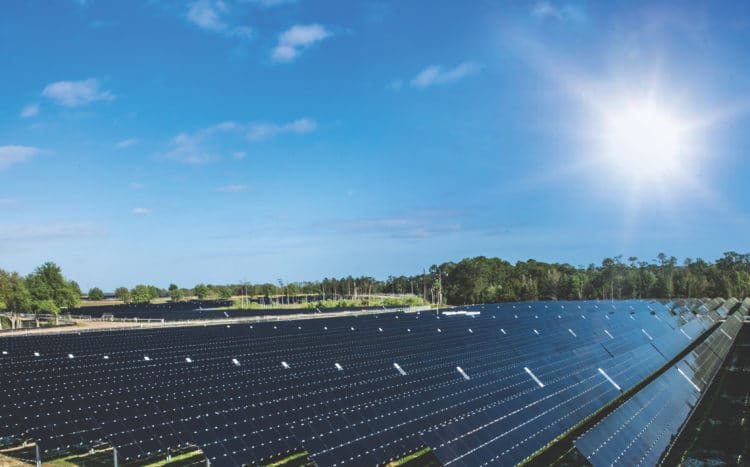 The new solar facility in Central Florida is helping to reduce greenhouse gas emissions by tens of thousands of tons per year. (Olga Thompson)

The solar facility represents the largest endeavor in solar energy to date for Disney’s global theme park operations. In 2016, Walt Disney World Resort unveiled a 22-acre, 5-megawatt solar facility shaped like Mickey Mouse located outside of Epcot. This was as part of a collaboration with the Reedy Creek Improvement District and Duke Energy. Both facilities are contributing to Disney’s long-term sustainability goals. These goals include reaching zero net greenhouse gas emissions, zero waste, reducing single-use plastics and conserving water resources.

These conservation efforts build on the longtime commitment to environmental stewardship by The Walt Disney Company, a tradition that began with Walt Disney himself, and has grown through the creativity and passion of its cast members.