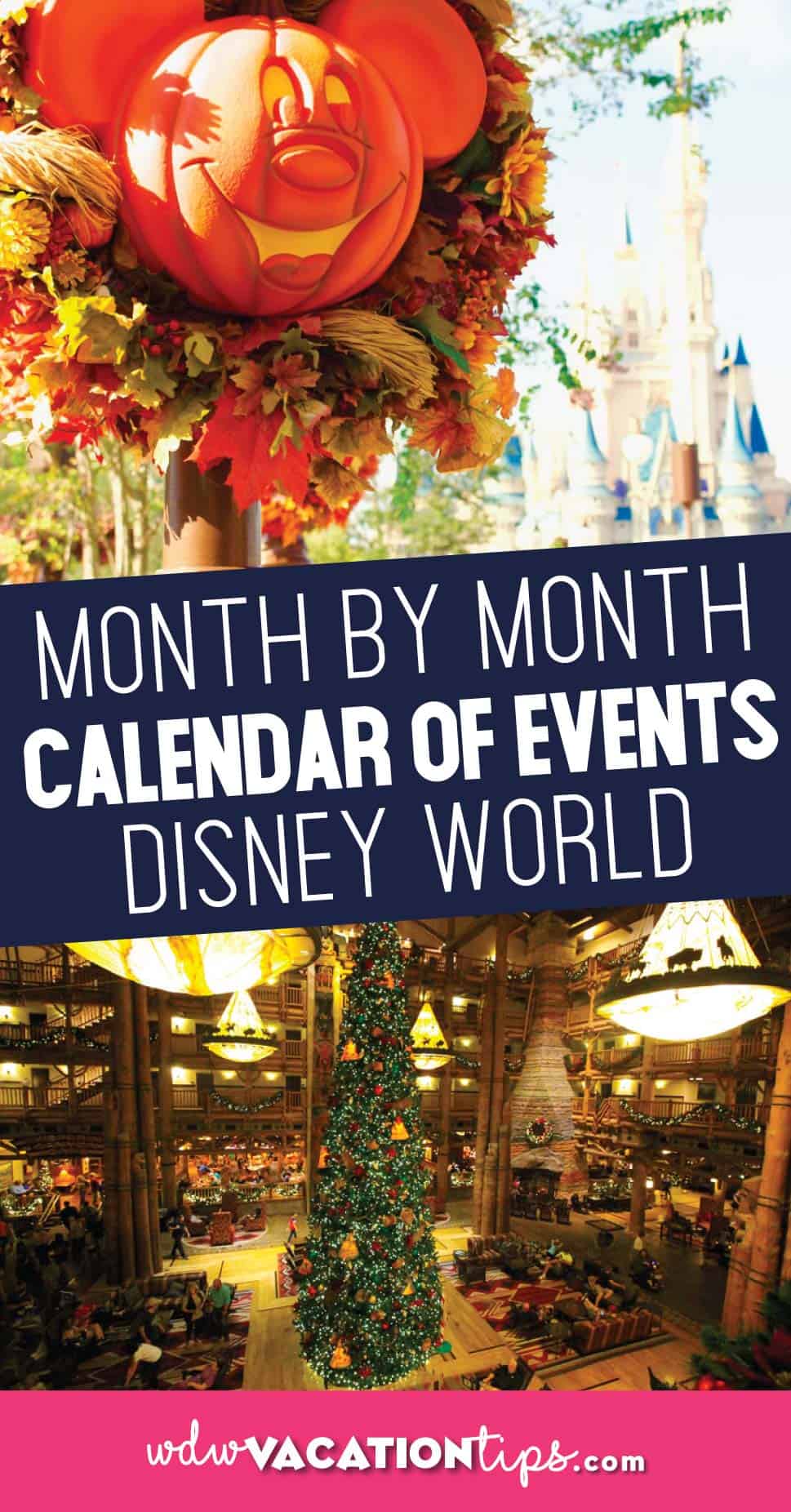 There is always so much happening at Disney World it can be hard to keep track. Even I struggle and I am constantly keeping up with news on the parks. So I wanted to help us all out and make a little cheat sheet of what the latest and greatest happenings at Walt Disney World are. Here is our ever updating Disney World Calendar of Events by the month.

September is a great time to visit Disney World plus it is also typically the start of free Disney Dining plan promotion. The temperatures are still a little warm but the crowds are low. The best part is you can enjoy the low crowds and still get to experience Halloween time at Disney World as well as Epcot’s Food and Wine Festival. The following are some more things to expect at Disney World in September this year. 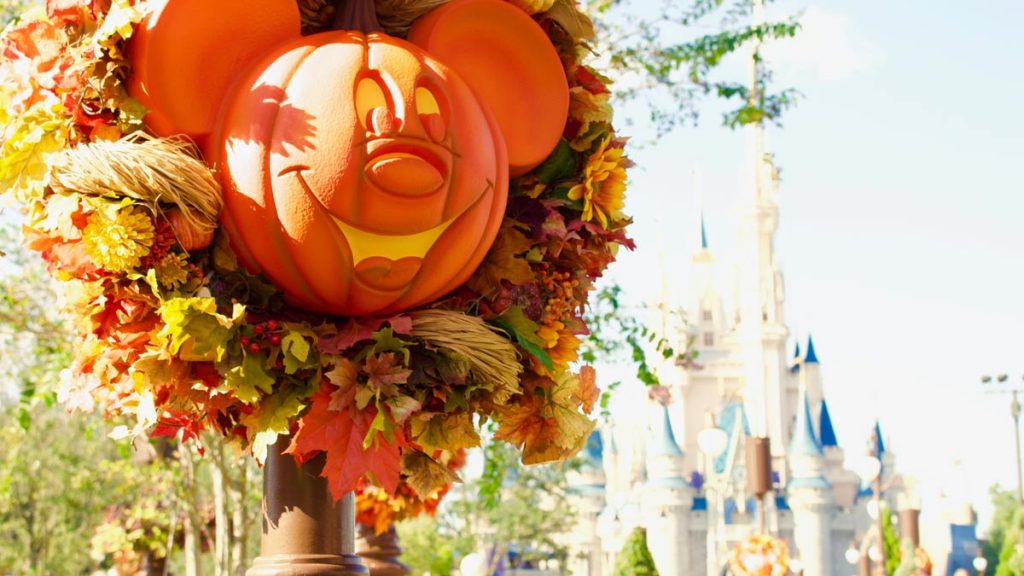 October has some great weather at Disney World! You are in the tail end of hurricane season, but it is rare to have one hit during this time. The average high for the day in October is 84 degrees. As far as rain goes the average is 2.52 inches during October.

This is still shorts and tee shirt season for the theme parks but it’s not a bad idea to bring along a sweater or light jacket. Temperatures tend to fall more at night during this time of year.

Disney World in November can be best labeled as a transition month. At the beginning of November, they have to quickly take down the Halloween decor and replace it with Christmas decor. This is really no easy feat since every park and every Disney hotel gets a full Christmas makeover every year during this short time. Not only does the weather make this month a terrific time to visit but also the crowd levels. On average this month is quieter than October at Disney World except for Thanksgiving week. Plus you can catch the Food and Wine Festival and see the fabulous Christmas decorations. 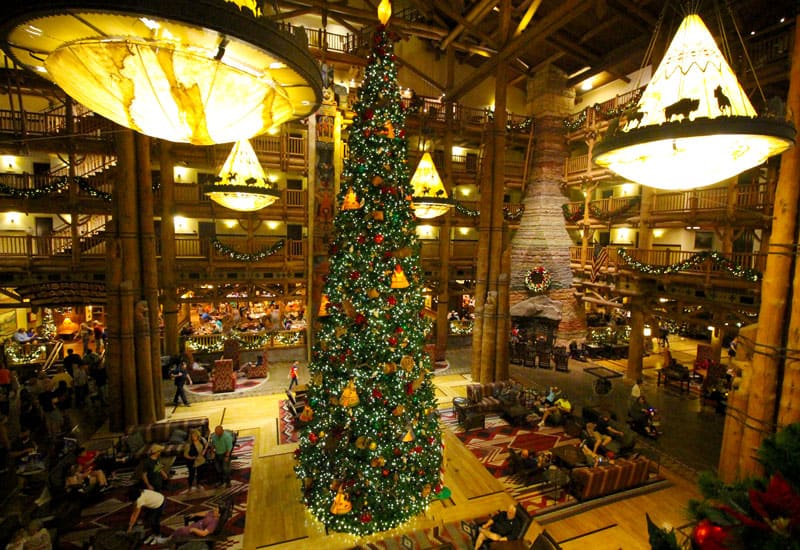 Disney World in December is a great time to visit as it is the heart of the holiday season at Disney World. You can think of the holidays as when Tinkerbell dumps a whole lot of extra pixie dust across every corner of the resort. Everything is decorated and I mean EVERYTHING! Disney World pulls out all the stops and sprinkles their magic at the resorts and parks.

Disney World in January can be described as a quiet time. It has mild temps and for the most part mild crowds as well. It is important to note that this is a popular time for refurbishment at Disney World and you should check to see what is closed. This avoids any heartbreak if your favorite ride is being closed when you arrive.

Disney World in February has some of the busiest and quietest times of the year. Avoid Presidents Day weekend at all costs, most people don’t really consider this a holiday as not everyone has it off, but it’s out to trick you! President’s Day at Disney World is packed! The following weekend you will need to watch out for the increased crowds during the Princess Half Marathon. These two-weekend events make me recommend you to just avoid the whole week in-between as well.

Despite these two rather busy times in February at Disney World, it’s still a great time to plan a trip. The weather remains mild, you can usually find some good hotel deals. This is the prime of the discount season here at Disney World. It’s also the perfect time to stop in if you want to see the parks without any seasonal decor.