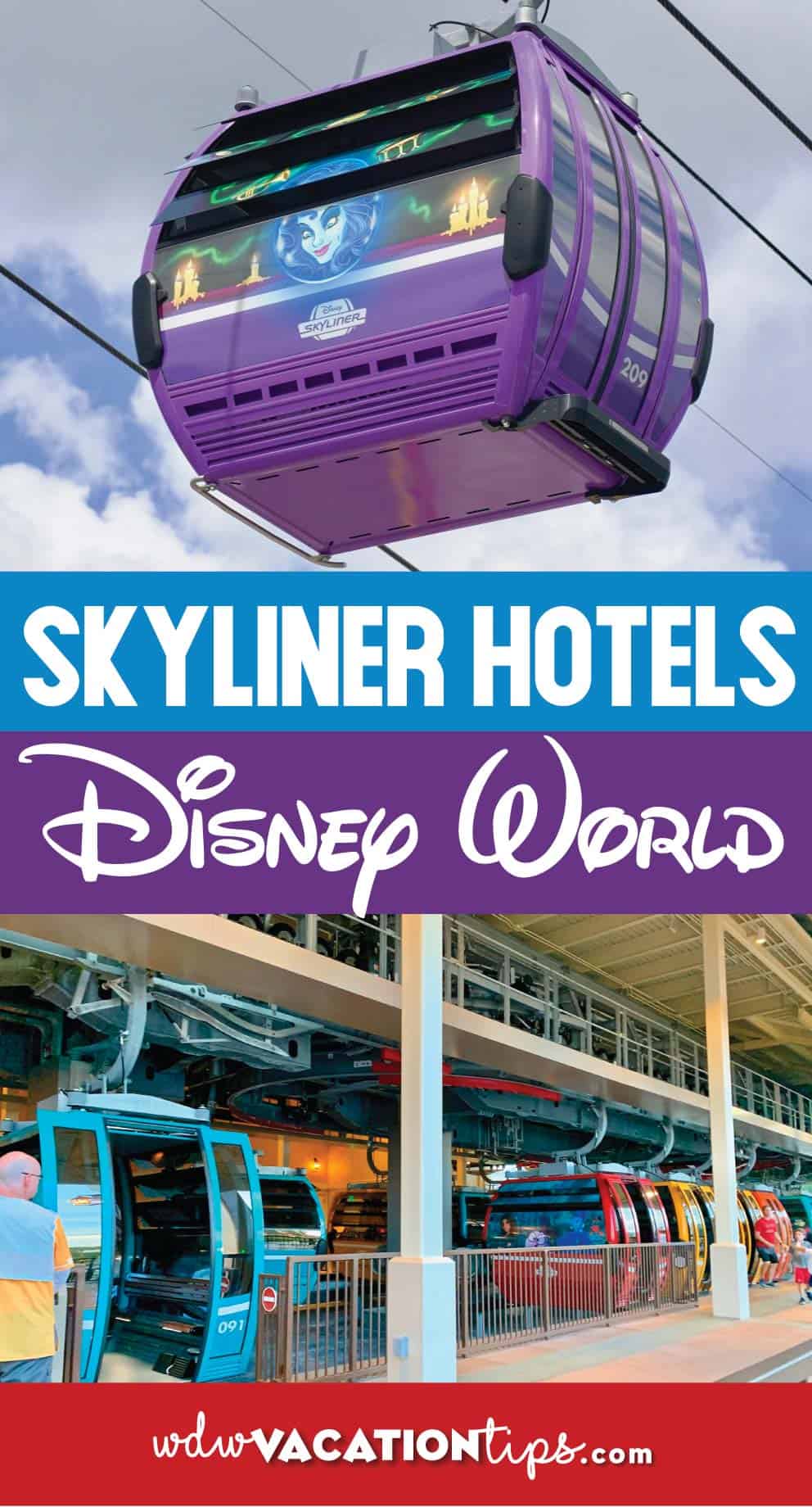 Disney World’s all-new transportation the Disney Skyliner has you soaring high above the theme parks. The Disney Skyliner is a gondola system similar to the one that you would find at ski resorts. Each cabin holds up to 10 guests and transports guests to speeds up to 11 mph. With this constantly running system, it makes it more convenient to get places than taking either a bus or a boat, especially if you stay at one of the Disney Skyliner Hotels. With its ability to walk on and whisk you off to the destination of your choice this makes for a wonderful Disney Resort perk. So let’s dive into your options when picking a Disney Skyliner Hotel. 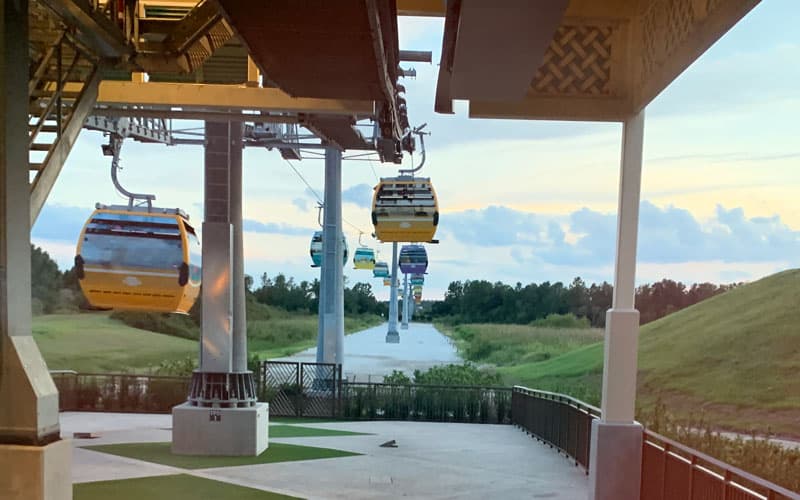 If you are unfamiliar this is the newest of the Disney Vacation Club Resorts. Disney’s Riviera Resort station incorporates influences from the Mediterranean coast to produce an elegant portal for guests.

This station is inspired by the open-air village marketplaces of the Caribbean. It seamlessly blends in with the nearby resort’s architectural detailing and color schemes.

Pop Century and Art of Animation

There is one station that serves both the Pop Century Resort and the Art of Animation Resort. It’s pretty genius how they set up this whole station. There is a lake that separates these two resorts and a bridge you can cross to visit one or another. In the middle of this bridge is right where they added the new Disney Skyliner station for these two resorts.

When you take off from the gondola station, Skyliner passengers will ascend over Hourglass Lake and enjoy a panoramic view of these two colorful resorts. The station itself is a colorful structural form and it creates a space that feels whimsical and contextual with both resorts.

The station here is inspired by the park’s nearby European Pavilions and is covered with metal and glass canopies. Be sure to keep your eye out for hand-painted murals and ornamental steel structures. These details all harken back to the early 18th century Art Nouveau style.

Plus if you are traveling to Epcot via the Disney Skyliner you will be welcomed to the park with a rare birds-eye view of World Showcase. You come in right over the all-new Ratatouille ride at the France Pavillion.

The operating hours for the Disney Skyliner depends on what time the parks are opening and closing for that day. As a general rule of thumb, they start operation around to 8:30 a.m. and go until 10:30 p.m.

Note: Disney does expand the hours during busy times like they did for the opening of the Rise of the Resistance.

Another important note, Disney has changed the bus service between Pop Century, Art of Animation, Disney’s Riviera Resort, and Caribbean Beach Resort. Buses will be reduced to once per hour during the hours the Disney Skyliner is open.

So that wraps up our information at the various resort options for staying on the Disney Skyliner. Does having this transportation option factor into your resort choice? Let us know in the comment section below! Also, if you have had a chance to ride the gondolas we would love to hear your thoughts and experience. For more information on this, all-new Disney transportation system read Disney Skyliner the New Way to Travel at Disney World.