Disney+ is the dedicated streaming home for movies and shows from Disney, Pixar, Marvel, Star Wars, National Geographic, and more, alongside exclusive Disney+ Originals. Let’s check out the updates on upcoming original films and series, the latest episodes, and new library titles joining Disney+ in July!

An unforgettable cinematic stage performance, the filmed version of the original Broadway production of “Hamilton” combines the best elements of live theater, film and streaming to bring the cultural phenomenon to homes around the world for a thrilling, once-in-a-lifetime experience.

When Carl asks real New Yorkers to watch his balloon cart, they get an uplifting surprise.

Who says you have to grow up? Not the Kurzawa family! They work with Amber on a craft inspired by Disney’s “Peter Pan” that is designed to bring out the child in everyone.

Zama Magudulela brings The Lion King to life through her role as ‘Rafiki’ for Madrid theatergoers every day. Magudulela considers it an honor to bring her African heritage to life for people abroad and loves to share in the joy and excitement the audience feels during each and every performance.

Bill meets a dog who stars in movies. Then, he visits a group of hounds and horses on the hunt.

Plus these titles as well!

Ohana is the name of the game for Amber and the Green family in this craft inspired by Disney’s “Lilo and Stitch.”

Tony Salvaggio, Park Decorator at Disneyland Resort, recreates history through intricate window designs and prop placement on Main Street, U.S.A. In preparation for the summer season, Tony goes through the prop warehouse to source and design the perfect patriotic displays that continue to delight Park guests year after year.

Bill meets a dog who rescues people in avalanches. Then, he visits six luggage-sniffing beagles.

The movie, originally scheduled for July 17, will now premiere on September 25, 2020.

Amber will offer the Gubany family a picture-perfect craft inspired by Disney’s “Moana” and its villainous crab, Tamatoa.

As Principal Project Manager for Walt Disney Imagineering, Mike Davie sees his projects grow out of the ground and into magical experiences for Park guests. From drawing sketches on the back of a napkin to overseeing construction, Mike executes each project, including Epcot World Showcase’s new Ratatouille attraction, with determination and passion.

The Ruvalcaba family joins Amber to learn the bare necessities of finger puppet craftsmanship in this episode inspired by the characters from Disney’s “The Jungle Book.”

KABC – TV LA’s Chris Cristi covers breaking news from 1,500 feet aboard his news chopper. As a Helicopter Reporter, Cristi delivers up-to-the-minute reports on news events, both big and small, keeping Los Angeles apprised of the latest local stories. A self-proclaimed news nerd since age 9, Chris is fulfilling his lifelong dream of reporting the news every day. 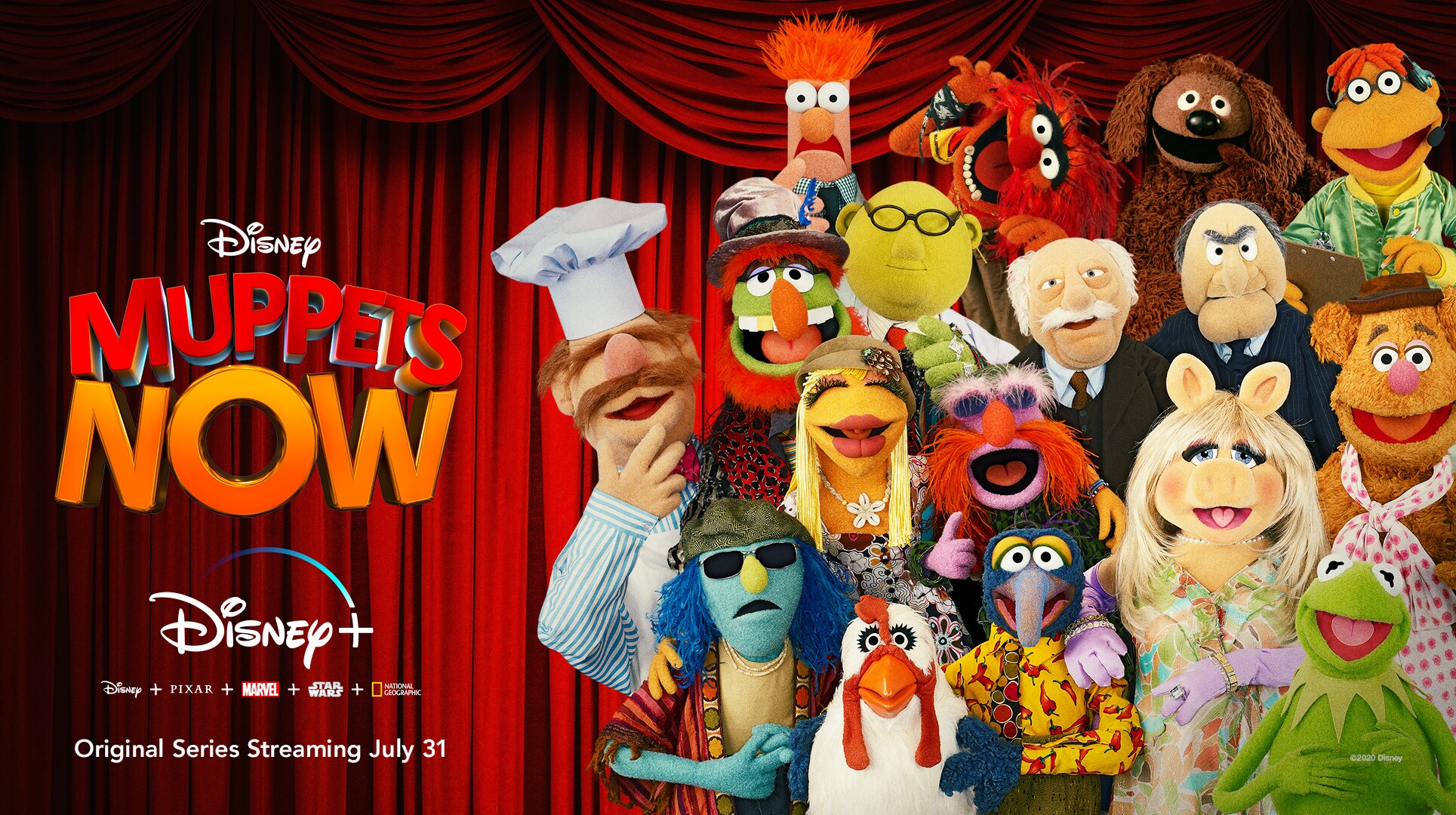 “Muppets Now” is The Muppets Studio’s first unscripted series and first original series for Disney+. In the six-episode season, Scooter rushes to make his delivery deadlines and upload the brand-new Muppet series for streaming. They are due now, and he’ll need to navigate whatever obstacles, distractions, and complications the rest of the Muppet gang throws at him.

The Chaney family joins Amber for a Minnie and Mickey Mouse-inspired craft they can really sleep on.

Creative Director Ryan Meinerding brings Marvel characters to life through innovative design every day. There’s never a dull moment as Ryan creates the first looks of characters for Marvel Studios films including Iron Man, Spider-Man, Captain America and more. From initial sketches to special effects, Ryan oversees the process of bringing the next iteration of iconic characters to the screen.