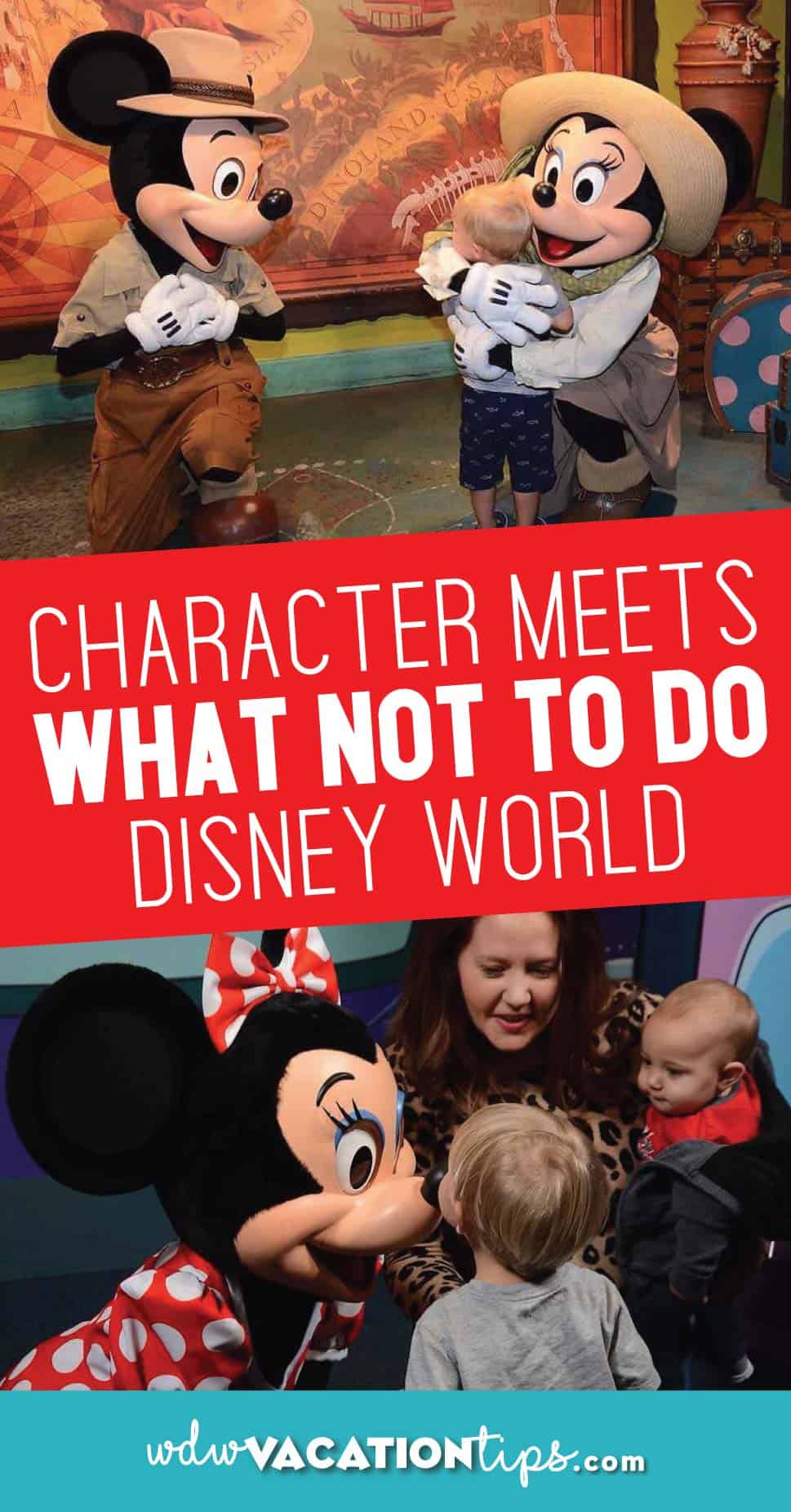 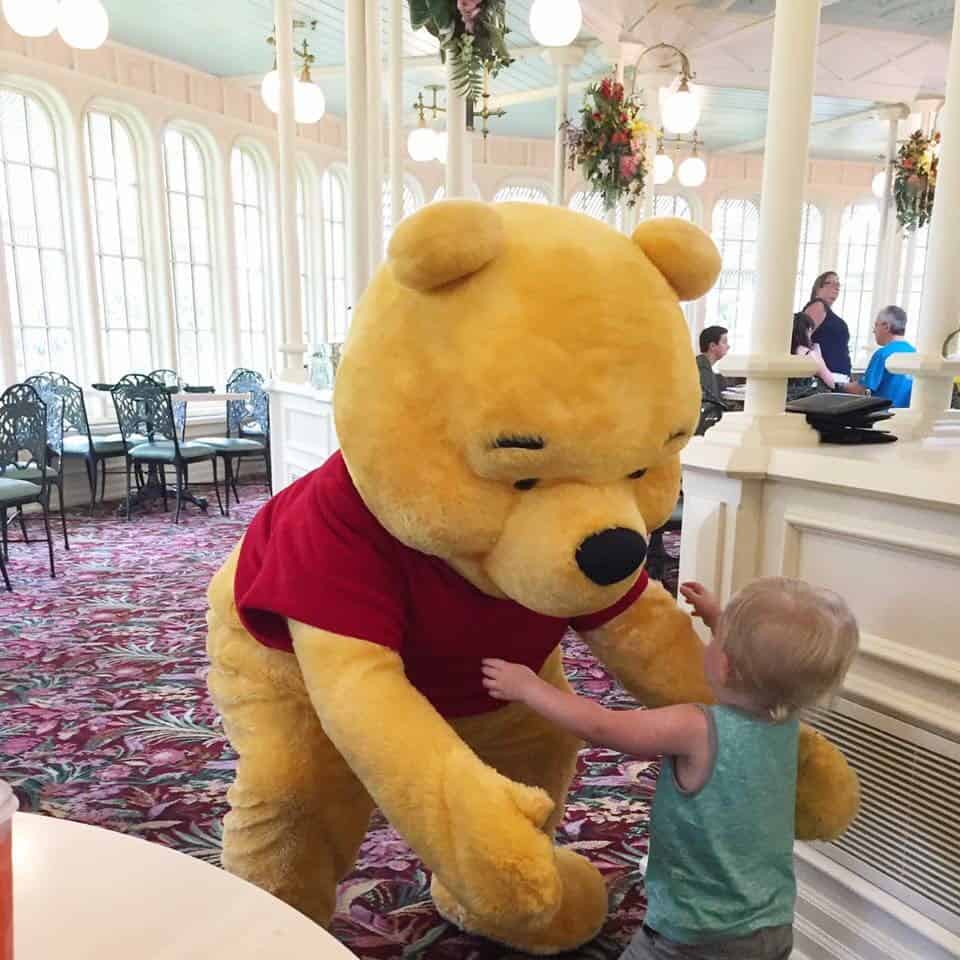 Meeting characters at Walt Disney World is one of the best things about Walt Disney World! Where else can you schedule a time to meet characters, literally run into them, and sit down to have a meal with them? There’s a variety of ways to meet Disney characters inside and outside of the theme parks AND some unique characters to meet too! One of my favorite things about Disney is seeing it through my kid’s eyes and character meeting with my toddlers brings out that level of joy that can’t be matched. We’ve met a handful of characters including Captain Hook when he was at Disney World last year (which is a very rare moment and worth the hour wait for my pirate-loving boys). Aside from meeting some of the best Disney characters we’ve learned what NOT to do when toddlers meet characters at Disney World. 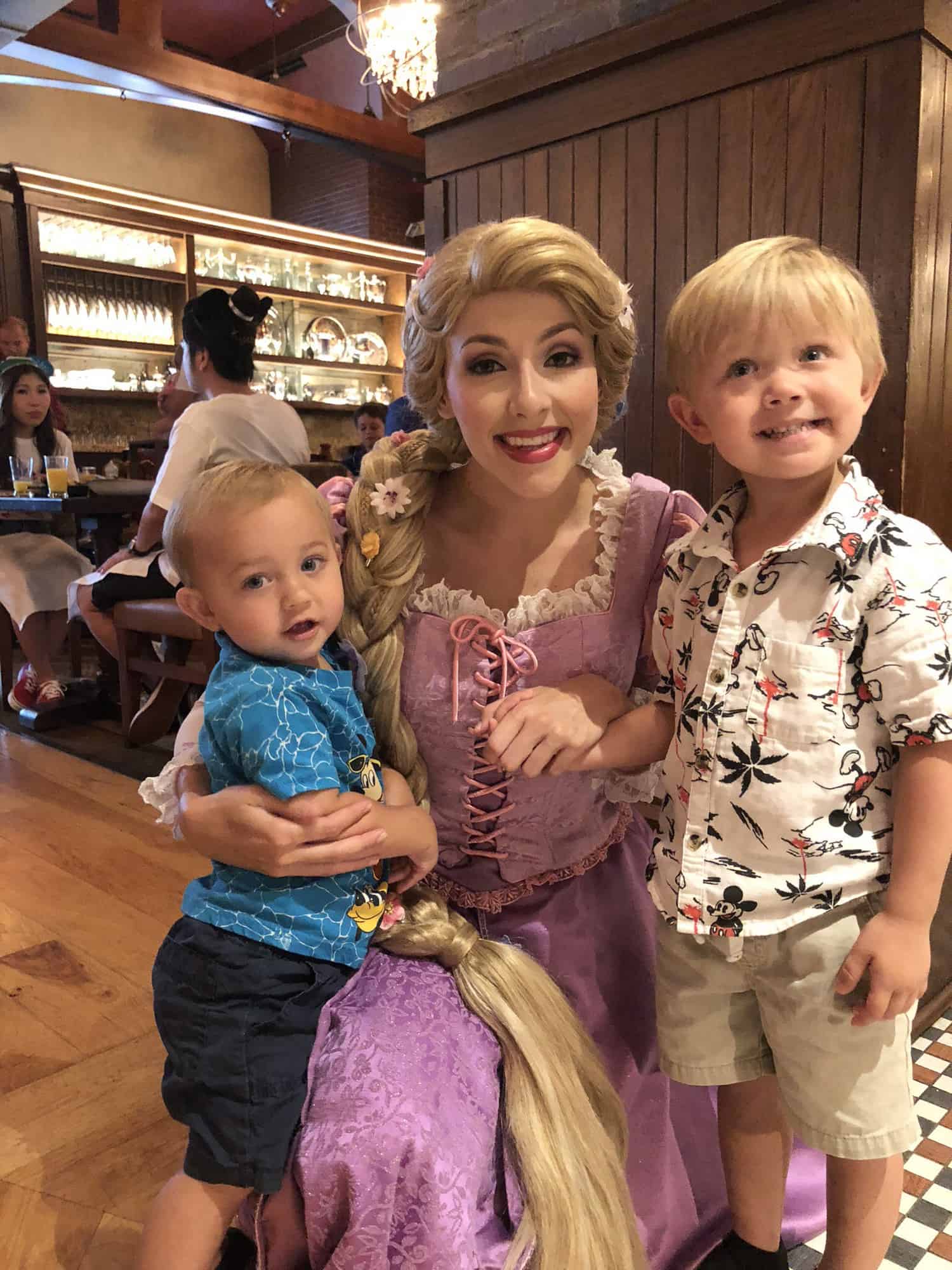 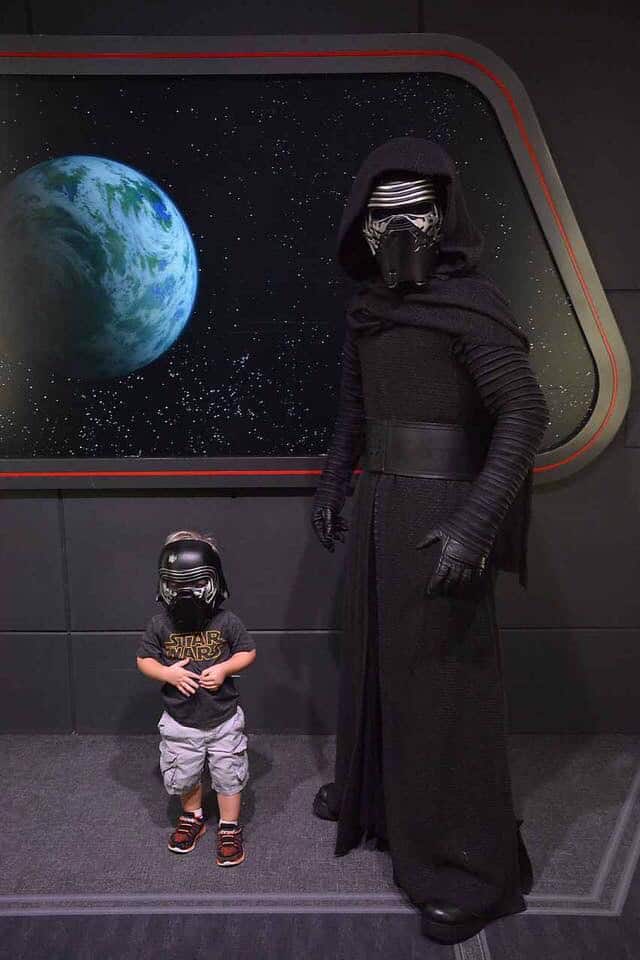 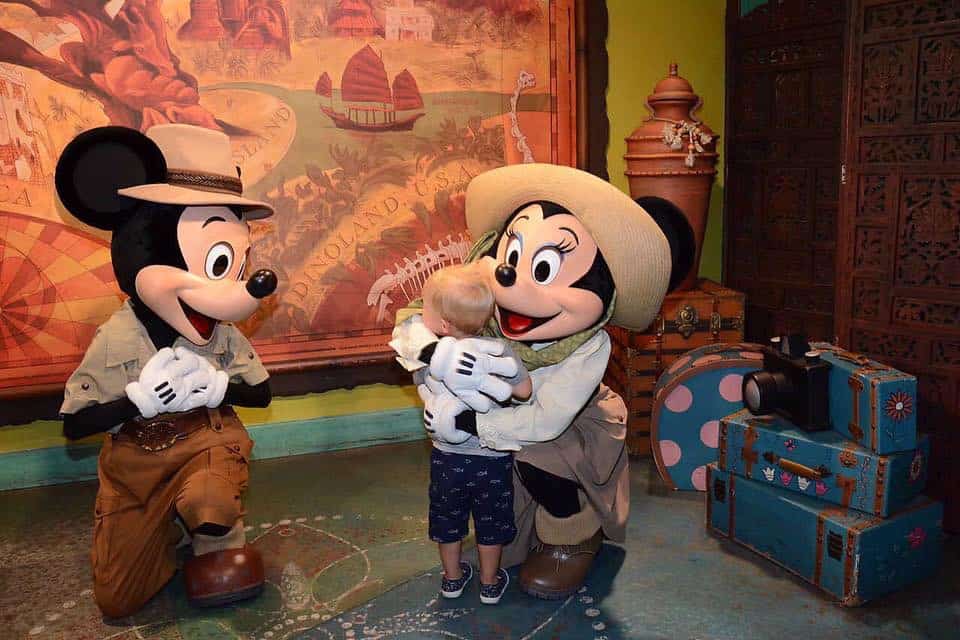 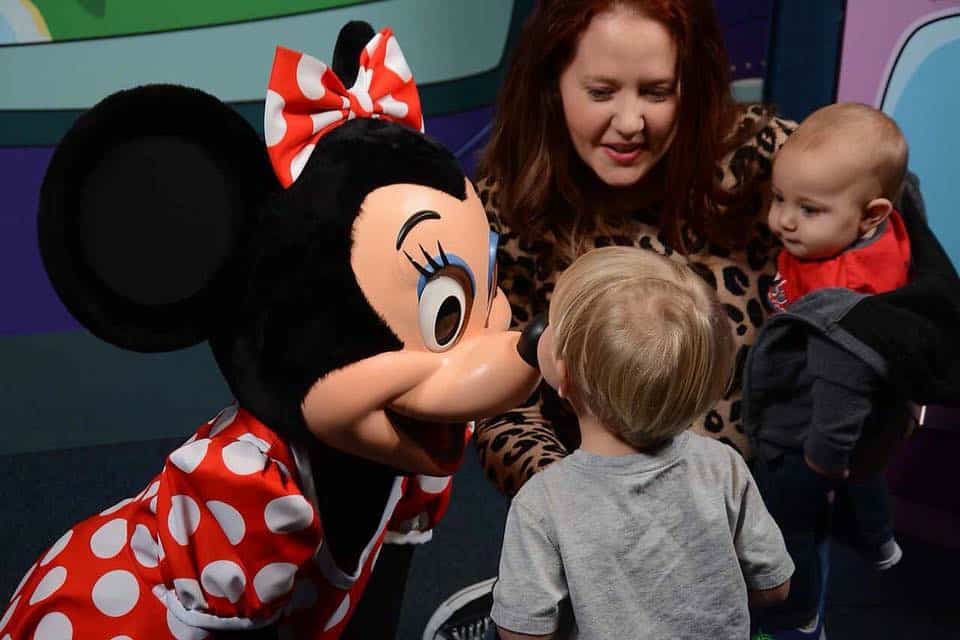 3. Do NOT stress what your child’s reactions will be. I’ve heard so many times “your kids aren’t terrified?” or “I think my kid would freak out”. I had no idea my son would run into Pooh Bear’s arms or decide to kiss Minnie Mouse on the nose all on his own! My youngest is a bit reluctant and doesn’t like to run up to characters as my oldest does but he still takes photos none the less. With a child that doesn’t run into character arms, I recommend just holding them while you both pose with the characters. I’ve also witnessed many parents shying away- if your child isn’t sure about character meetings don’t shy away- be the reason they get a photo with their favorite person even if that results in a photo of them on your hip with the character on the opposite side. Memories are being made regardless!

4. Do NOT ignore character fast passes. Some character meetings have 2-hour waits- this is when a fast pass to meet Mickey himself would be most ideal. I’ve heard many people suggest keeping fast passes only for rides; for some, that character experience is greater than a ride or ends up holding a strong memory with photo to show for years to come! Don’t think fast passes are just for rides, because character lines can be very long. One of my favorite fast passes is for Mickey Mouse or Tinker Bell. Last time we had a fast pass for those characters we noticed an almost 2-hour wait and walked right up to the entrance to meet Tinker Bell. It was my sons 3rd Birthday and he let Tinker Bell know, making it one of my favorite experiences and proof the character fast passes are worth it.

5. Do NOT pass on character experiences you assume your child wouldn’t love. Take our meeting with Elana and Rapunzel for instance. My son didn’t seem thrilled to meet either but wasn’t opposed. Both of my boys fell head over heels for Rapunzel during the character dining breakfast at the Boardwalk Resort. When my oldest met Elana she spent 5 minutes with him, 5 minutes! They chatted about the tv show and his favorite characters on the show and she ended things with a big kiss that left a lipstick mark on his cheek. That lipstick mark from Elana is something we still talk about. If your child knows who they are or has shown some interest I wouldn’t pass on the character meeting because you never know what memory could transpire. 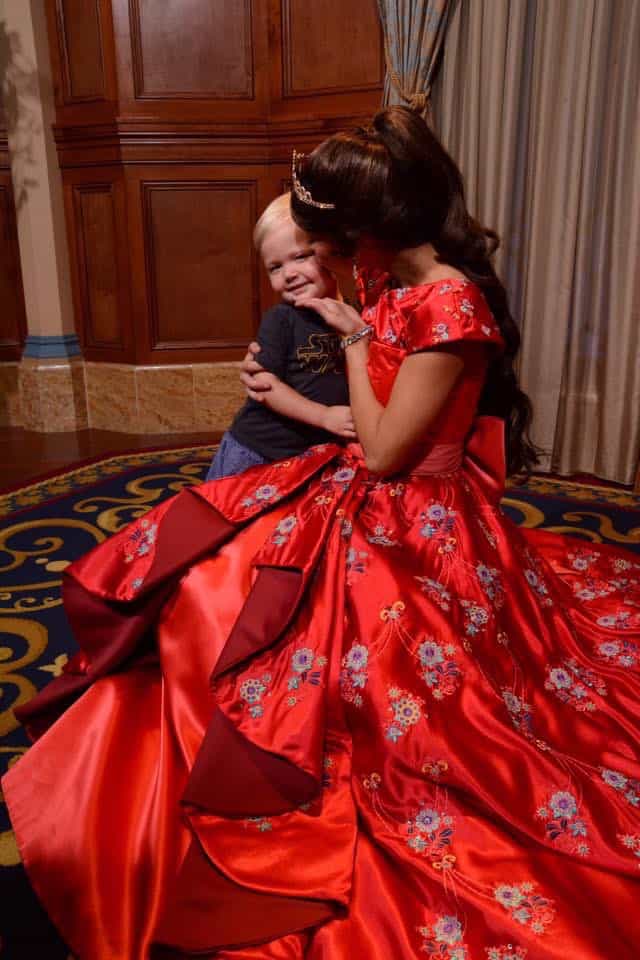 There are so many ways to fully capture a character experience at Disney World and I’ve only listed 5 things to NOT do when it comes to toddlers being involved. I love character photo opportunities as a mother and as a Disney fan. Some of my favorite memories are captured on film thanks to Disney offering this fantastic perk. Enjoy the moments and that one of a kind character meetings each time you visit the magic.