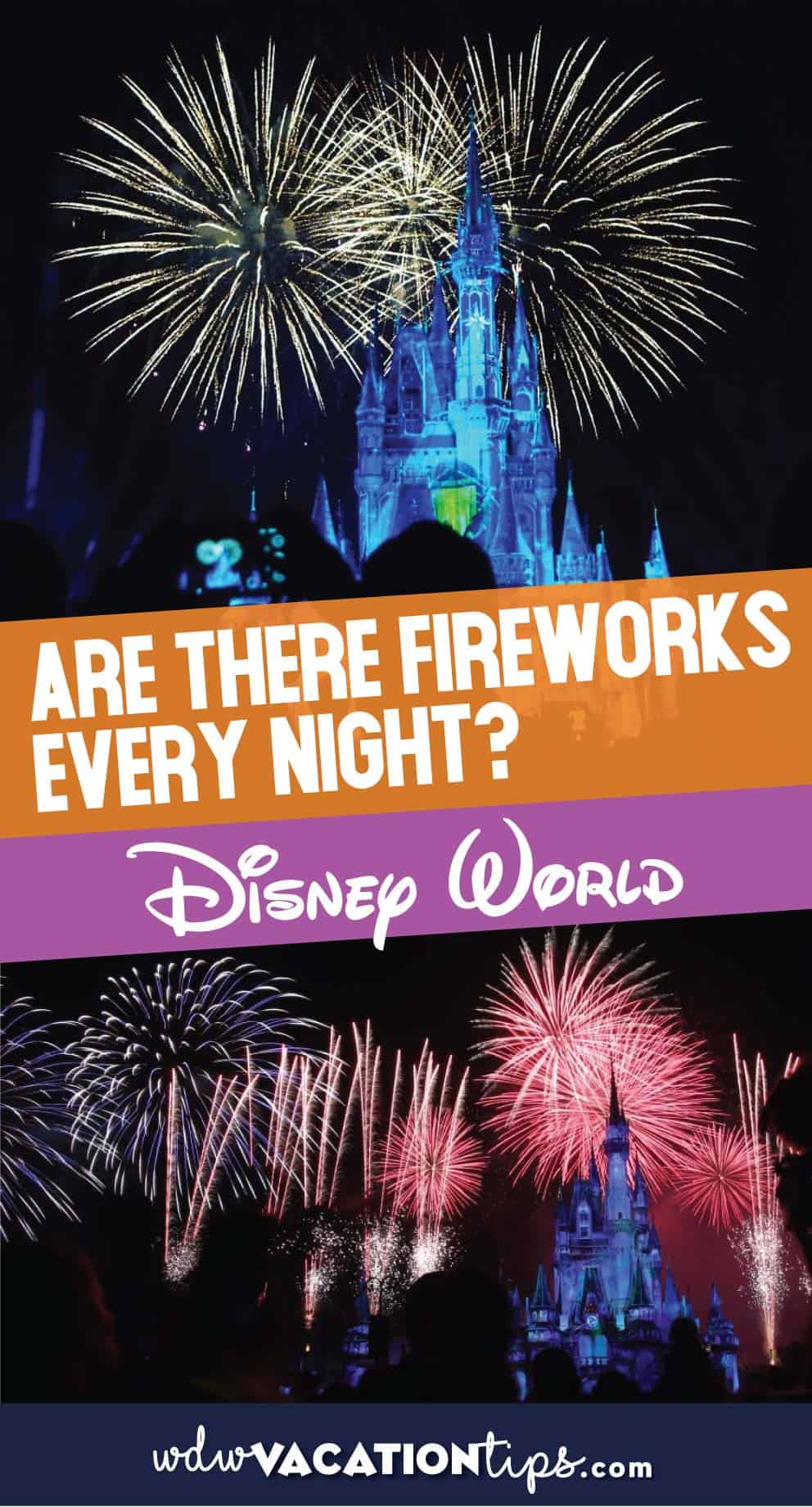 One of the most magical aspects about Disney World is gazing upon one of their spectacular firework displays. Guests are transported to different worlds as they gaze upon the different shows, music, and lights. Disney continues to improve upon its shows by incorporating new trends and technology. What would Disney World be like without these amazing shows? Would there ever be a time when the fireworks would not happen? Let’s find out.

Happily Ever After firework display is at Disney’s Magic Kingdom. Watch Cinderella’s Castle transform into a stunning display of past Disney films such as Aladdin and Frozen. This state-of-the art projection technology is ahead of its time and a sight you have to see to believe. Lasers, lights, and fireworks light up the night sky during this 20-minute firework display. Towards of the end of the show, you can also see Tinkerbell soar down from the castle.

Epcot’s firework show is about to get a makeover. For years, IllumiNations lit up the night sky and took us to other worlds. Epcot’s Forever firework display took the place of IllumiNations and got mixed reviews. However, this year Harmonious will make its debut. Harmonious is supposed to be Disney’s largest nighttime spectacular.

Fantasmic is more of a show then just a firework display. The show features more than 50 live performers, stunning special effects and props, and stars Mickey Mouse himself as he takes us through some of Disney’s most popular films.

Star Wars: A Galactic Spectacular lets you feel the Force within every aspect of the show. Chilling music, iconic characters, one of a kind projections and lasers, as well as themed fireworks take you back to fighting to save the galaxy.

Disney’s Animal Kingdom does not have a firework display due to the many animals living in the park. For their wellbeing, it is not safe to have a display. Instead they have two night shows. Tree of Life Awakenings is a light show of colors projected onto the Tree of Life. Rivers of Light: We Are One takes place on the water and is inspired by our connection to animals and the natural world.

When Fireworks Would Not Occur at Disney World

Other times the shows will be canceled if there is a tornado warning or a hurricane.

Due to Covid-19, Disney was forced to close its doors for months. However, they now are making plans to reopen in July. Unfortunately, in order to keep everyone safe, there will be no parades or fireworks in any of the parks. There would be no easy way for Disney cast members to ensure groups would keep six feet apart, and there simply would not be enough space to do so. Currently, there are no plans on when nighttime shows will resume.