We were over the moon to be able to build a Lego version of Cinderella’s castle and have been eagerly awaiting another new Disney lego to hit the shelves. While we did make a Walle and BB8 along the way we are so excited to get our hands on the brand new Steamboat Willie lego. I am sure it’s easy to see that Disney and Mickey Mouse fans will love this LEGO® Ideas 21317 Steamboat Willie building toy marking the 90th anniversary of the most famous cartoon character ever. 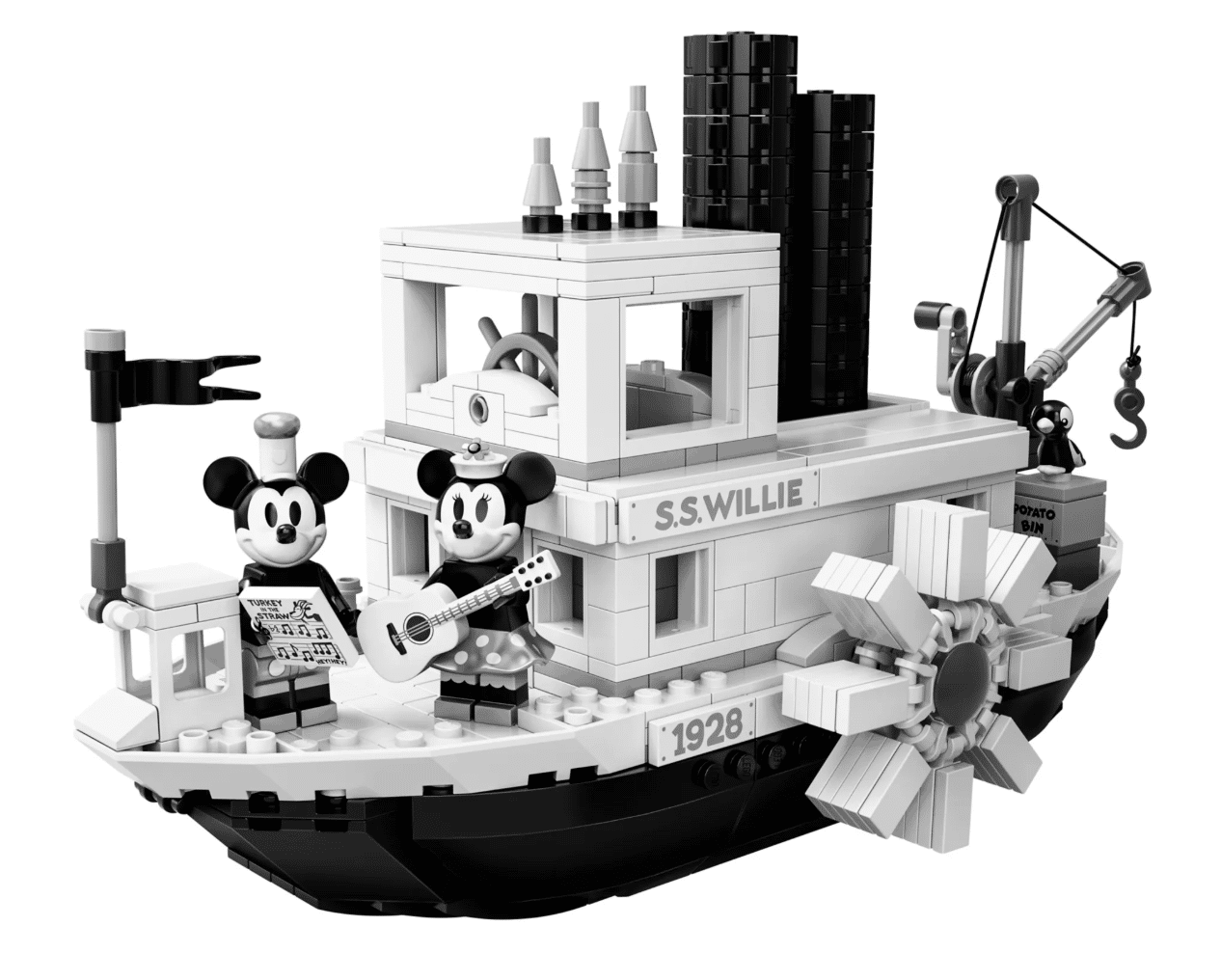 So where did all this inspiration come from? Mickey Mouse made his screen debut in a 1928 black-and-white animated short film called ‘Steamboat Willie.’ This movie was also the first Disney film to have synchronized sound. This LEGO brick version of the S.S. Willie features steam pipes that move up and down and paddle wheels that rotate when the boat is pushed along. The boat’s bridge has room for a minifigure and play-inspiring nautical details such as the ship’s wheel, life buoy, and buildable bell. On deck there is a working crane to lift the ‘potato bin’ cargo aboard and this unique toy building set comes with new Mickey Mouse and Minnie Mouse minifigures. Each figure has special silver-colored decoration, plus a parrot figure. 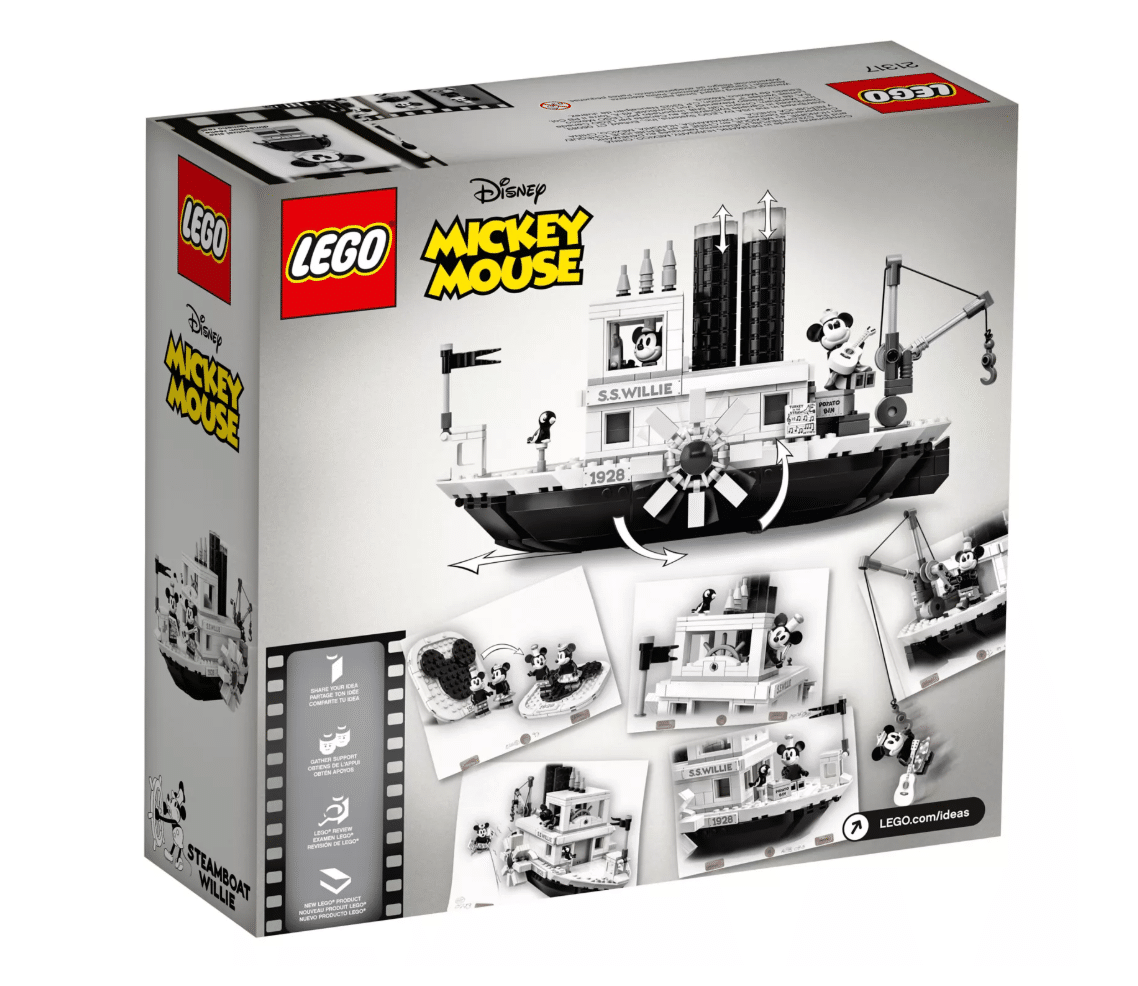 If you didn’t know this design was originally submitted by LEGO Ideas members Máté Szabó (a.k.a. szabomate90) in June 2016. As you can see it takes a long time to go from concept to production! From there it was adapted into the official LEGO version by LEGO Designer John Ho with all the decorated elements and Minifigures created by Graphic Designer Crystal Marie Fontan.

This 751 piece set will be released on April 1st online and in Lego stores. The Lego Steamboat Willie costs $89.99. Want to get your box signed by the original designer? Head to the Lego Store on April 3rd, 2019 from 5 PM – 8 PM meet fan designer Máté Szabó and get your set signed. 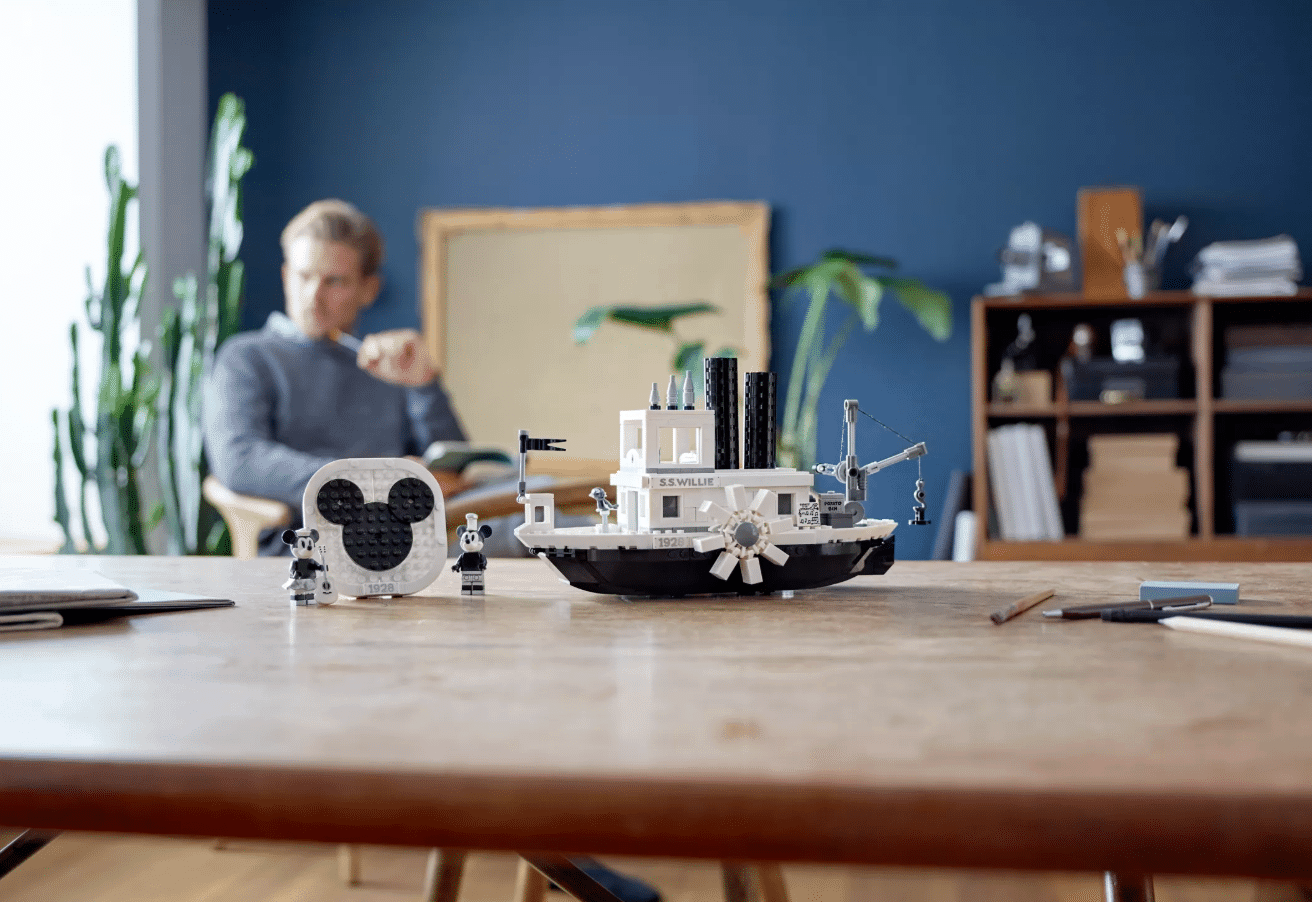