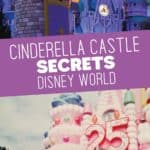 If you show someone a photo of Cinderella Castle, anyone around the world will know what it is. Disney successfully ensured Cinderella Castle is the most iconic landmark. Aside from it being so magnificent and breath-taking, Cindy’s Castle holds many secrets. Let’s go inside-out, and all around to learn more! 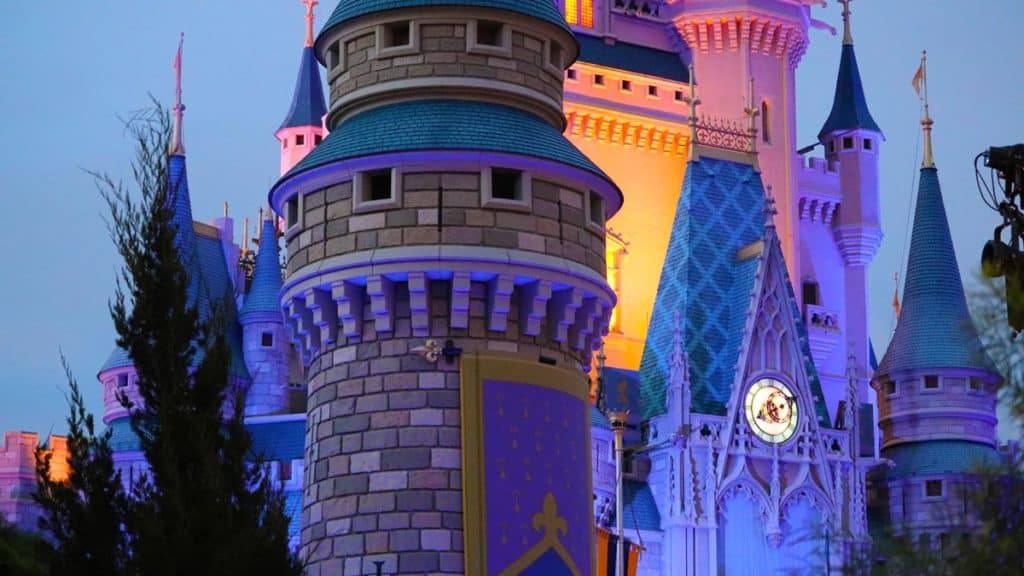 Castle’s are the centerpiece of each one of the Disney parks around the world. The Magic Kingdom and Toyoko Disneyland both feature Cinderella’s Castle. Disneyland, Disneyland Hong Kong, and Disneyland Paris have Sleeping Beauty’s Castle. Shanghai’s castle is a unique Storybook Castle that features many princesses all in one.

Inside Treasures of the Castle

You will come across two boutiques while walking through the castle. Bibbity Bobbity Boutique and The Pirates League Experience. Mini princesses and pirates receive a full make-over guaranteed to successfully conquer the kingdom. Also inside the castle, there is Cinderella’s Royal Table. A table service restaurant where you and your family can dine with all the princess; even Jaq and Gus!

The castle is the second largest structure on Walt Disney Property. Tower of Terror is 199 feet tall while the castle is 189 feet. Such strange numbers but if these structures went any higher, Disney would be required to put blinking red lights on top for air traffic. Speaking of air traffic, since September 11 there has been a permanent no-fly zone over all of WDW property. Next time you are walking around the parks, take a glance up. You won’t see a single plane flying over you. 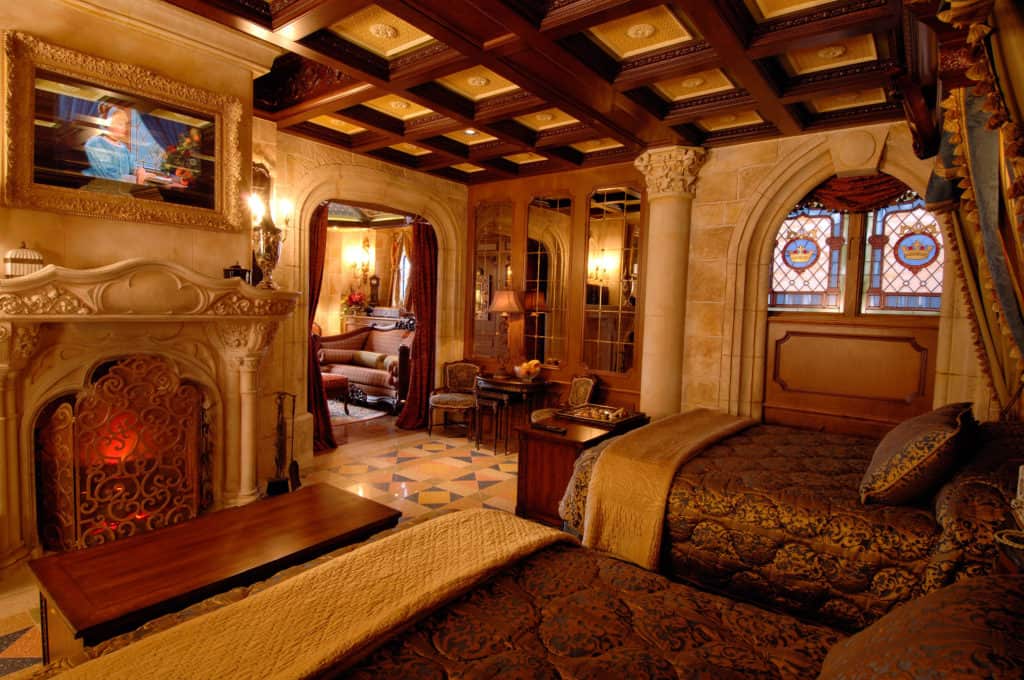 We all know about the jaw-dropping suite inside the castle. Yes, I would give both my eyeballs to stay in there. But what many people do not know is that the apartment was originally for Walt and his family. He did the same thing above the Firehouse in Disneyland. Unfortunately, Walt passed before the one here in Florida was complete. Disney then turned this vacant space into a telephone operating room. It wasn’t until 2005 that the suite became what it is today, the famous Cinderella Castle Suite. Speechless beyond anything when I see a photo. Inside the suite, there are intricate details that you probably will never have enough time in one year to notice. Not to mention, being greeted by the glass slipper. Wipe my tears.

Have your cake, eat it too 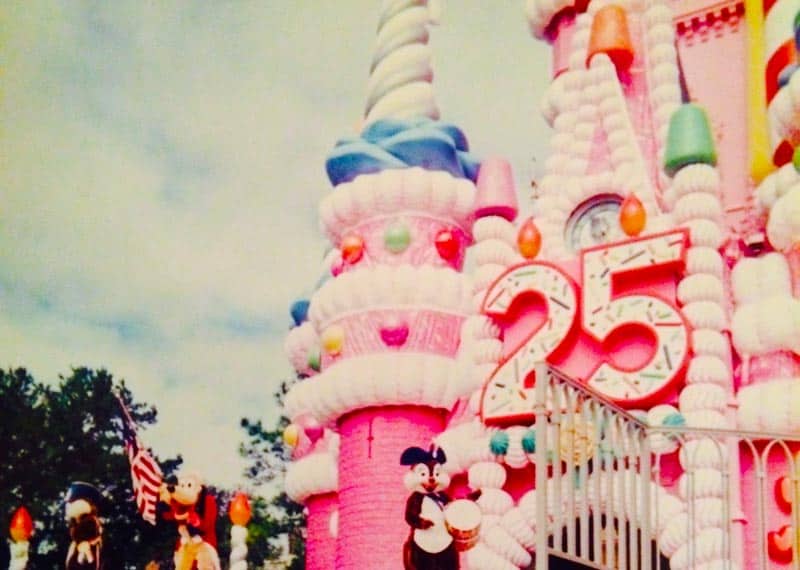 It is no secret the Magic Kingdom had its grand opening in 1971. I can only imagine the shindig that must have been. But for the park’s 25th anniversary, something insane happened. Cake. Tons of it. That is right folks, the castle was turned into one ginormous cake! Patty had to dig deep into the childhood photo album for the gem pictured above. A giant pink cake with tons of gummies, candles and more icing; it was like one giant craving. There was also the numbers ’25’ right in the middle of the castle to let visitors know how old she was turning right as they walked into the park.

My mom always used to say “I’d love to be Tink”. Well, sorry mom I think you’d be scared and too… tall? Tinker Bell must be under 5 feet tall and weigh a certain amount. I mean, she does have to squeeze into a tiny room made for two and climb through a door of 4 feet tall. There is a cue given to Tink and a tech person literally shoves her out of the door. I’d turn right around after seeing 189 feet in the air. Great job Tink, you still make me cry, girl.

You are all invited. You can now get married directly in front of the castle. The only downfall, it has to be at the crack of dawn, or late at night when the park is closed. Picture this- the sun is coming up as you say I do. The golden sun shining perfectly on the castle. Help. Traveling down Main Street in a carriage, you and your love can have the wedding of every person’s dream, whether they like Disney or not.

What many people may not know is that there is a nighttime show at the castle called the Kiss Goodnight. Constantly rushing out of the park to avoid the crowd had its perks but seeing the kiss goodnight is even better. The castle lights up with twinkling lights while “When You Wish Upon a Star” flows down Main Street. Overhead, there is a soft, sweet voice that is thanking visitors and reminding us to never forget the memories we made that day. Hold on, there are teardrops on my keyboard.

I hope you learned something new along with us today. Making memories at the happiest place on Earth just is not complete without a few tips here and there. Be sure to check out the Kiss Goodnight during your next visit to the parks! See ya real soon.