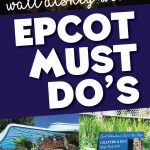 There is a ton to do when spending the day at Epcot in Walt Disney World. It can be hard to prioritize what you should put on your Epcot touring plan. In order to help you figure out what you want to do at Epcot, we put together our list of 20 Epcot must do’s. These are all things you find year-round at Epcot. If you are going to Epcot during a festival be sure to check out the special event guides(Food and Wine Festival | Festival of the Arts | Flower and Garden Festival ) and factor those items in as well. 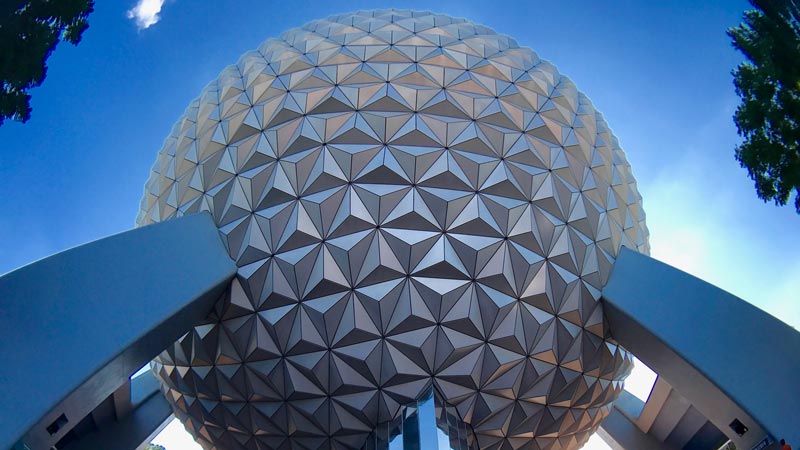 The Mikimoto Store is located directly underneath the two sit down restaurants in Japan. The store is gigantic and packed with various items from Japanese pop culture. They have Pokemon, Hello Kitty, traditional Japanese attire, kitchen ware, Japanese food and so much more. I always feel like I find hidden treasures in here.

One of the other popular attractions of the store is the Pick-A-Pearl. You can partake for under $20. They have a large oyster tank which you can pick your oyster from and uncover what pearl you get. From there you have the option to set it in various pieces of jewelry, this is the part that can get pricey.

19. Ride on a Friendship Boat

These boats don’t really save you all that much time but they are a helpful way to get a break from walking and the heat in Florida. You can take the boats in Epcot from the front of World Showcase to Morocco or Germany. There is also a different set of boats just outside of Epcot at World Showcase that will take you to the Epcot resorts and to Hollywood Studios.

18. China’s Replica of the Terracotta Army

Be sure to check out the replica of the Terracotta Army. The figures, dating from 210 BC, were discovered in 1974 by some local farmers near Xi’an, Shaanxi province, China near the Mausoleum of the First Qin Emperor. The Terracotta Warrior army contains 197 replicas that are one-third-scale replicas of the real army. Each warrior is unique and likely cast after actual members of the Emperors’ army.

This movie is tucked into the mountains of Canada. O Canada! showcases Canada’s natural beauty and people. The 360 degree film is narrated by Martin Short and adds a lot of fun comedy throughout the film.

Alright, you have to leave the park for this one but it’s such a quintessential Disney thing to do! The monorail when coming from the Ticket and Transportation Center (aka Magic Kingdom parking lot) actually does a loop through the inside of Epcot. This gives you a chance to get a sense of the park and snap some really cool photos.

If you have kids with you at Epcot this is a must do. Kidcot stops allow you to collect stamps and create a personalized souvenir from your trip around World Showcase. There is one location in every single country.

This audio-Animatronic and film combo brings America’s past to life during this 30-minute show at the American Adventure Pavilion. It’s really an impressive show of animatronics plus it has that bonus educational factor! To sum up, in the word’s of Sam Eagle, it’s a salute to all nations but mostly America, okay just America!

Don’t be fooled! What looks like a simple comedy and juggling routine turns out to be a nail-biting balancing act. So grab a drink and stand by and watch the show in front of France!

The Gran Fiesta Tour is a musical dark boat ride housed in the Mexico Pavilion. Discover the sights and sounds of Mexico on this slow-moving ride. It also makes a great pit stop to cool down on your adventures around the world.

Agent P World Showcase Adventure is an interactive game that takes place throughout select countries in Epcot. This game is a great way to make the World Showcase side of Epcot more exciting for kids. If you aren’t familiar Agent P (Perry the platypus) is from the Disney Channel hit Phineas and Ferb.

When you sign up to start your adventure you will be given a phone which will give you instructions and clues on how to complete each one of the seven missions.

If you enjoy watching the gymnastics portion of the Olympics this is like getting a front row seat.  Near the entrance to the China pavilion, you can catch these Chinese acrobats perform impressive feats of agility, strength, and concentration.

9. Eat Around the World

When you hear of Epcot you often hear of people who are drinking or snacking their way around the countries of Epcot. It’s for a good reason, Epcot is packed with fantastic food and beverage. So much so they host a whole festival centered around it every year, the Epcot Food and Wine Festival. If you are planning on accomplishing this be prepared to spend some serious cash, those drinks add up fast!

8. Living with the Land


There is so much charm in this slow-moving boat ride located inside the Land at Epcot. The ride covers the past, present, and future of farming in the United States. Sounds boring? Well, surprisingly it’s not at all! It takes you inside several greenhouses that show you how they grow food at Epcot that they actually serve at several restaurants throughout Walt Disney World. Also, if you are on the hunt for hidden mickey’s there are a few gems inside this attraction.


Just watch the video above to see the amazing interactions you can experience here. Every show is different so this is a good one to experience a few times. The line rarely gets super crazy here so it’s easy to enjoy multiple times.


Take a trip through the history of communication in this classic Epcot attraction. It comes complete with the famous lines like, “a grand and miraculous spaceship” and a friendly reminder to “thank the Phoenicians.” Since this attraction is right at the front of the park it gets backed up first thing in the morning, try circling back around 11 am if the line is really long.

At the America pavilion the Voices of Liberty perform before selected showings of The American Adventure show. If you are trying to find the times check the My Disney Experience app or the paper times guide. They sing a mix of spiritual and patriotic songs without the aid of any instruments. As you will hear in the video above they are phenomenal performers, packed with talent.


One of the hottest rides at Epcot you are going to need a Fastpass+ to avoid waiting in a long line. Luckily we have Useful Tips on how to Ride Frozen Ever After. If you have Frozen fans in the family it’s a must do. It’s packed with all your favorite songs and your favorite characters from the movie.


What once used to be Soarin over California is now Soarin around the world. The sensation on this ride is so unique it feels like you really are hang gliding over each scene.

If this was my husband’s list he would have Test Track at number one. I think this ride is so popular because it has just enough thrill without being so intense that the entire family can’t enjoy it. I also love that you can really interact with the ride. Before you get to go out for a run on the sim track you get to design your very own sim car.


Illuminations is the number one Epcot must do! While I feel these fireworks don’t hold up well on the repeatability factor they are still an essential must do at least once.

You can opt to get a Fastpass+ for this or if you don’t want to use up one of your golden three Fastpasses we recommend staking out a spot at least 30 minutes prior to showtime. In order to plan out the perfect spot read Best Epcot Firework Viewing Locations.