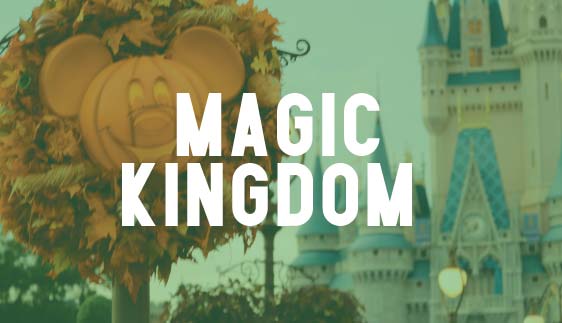 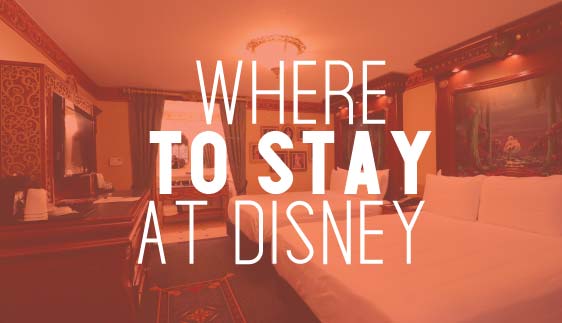 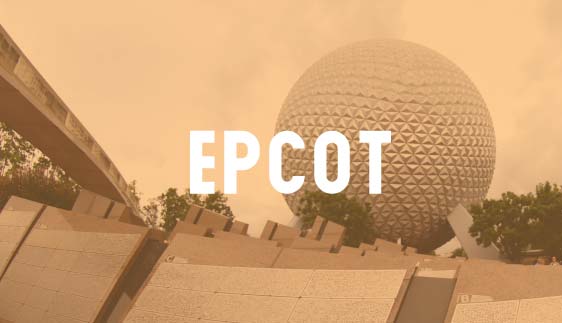 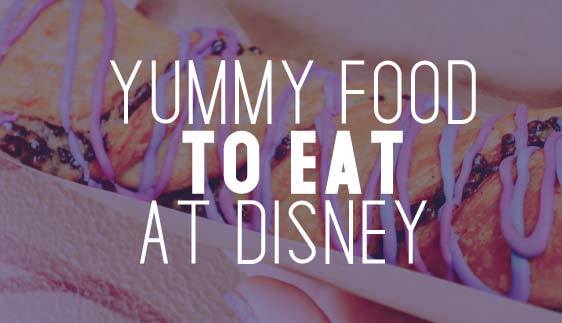 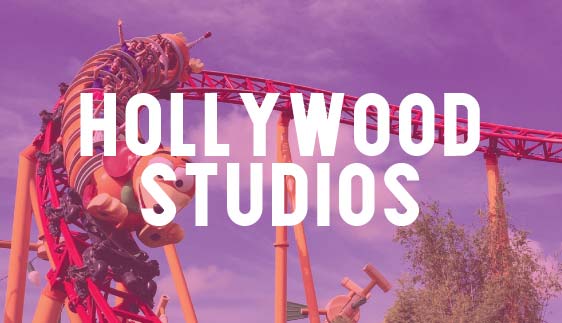 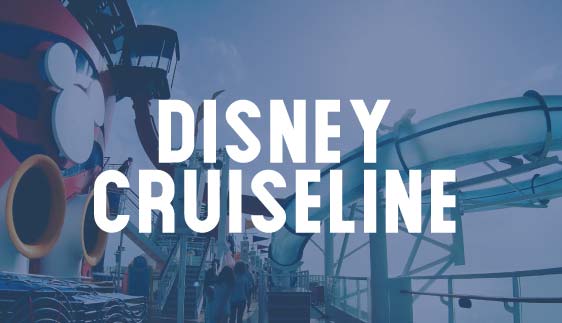 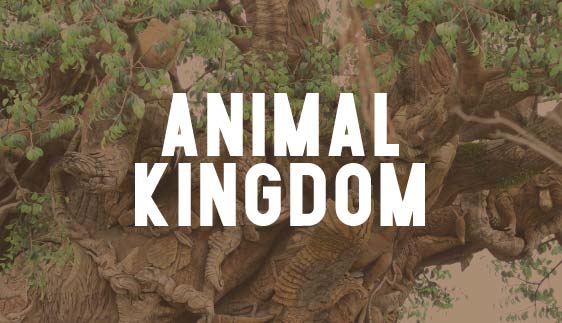 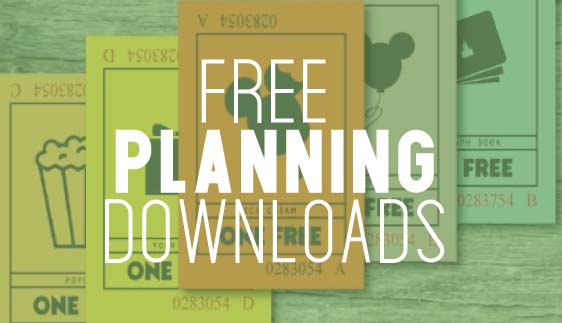 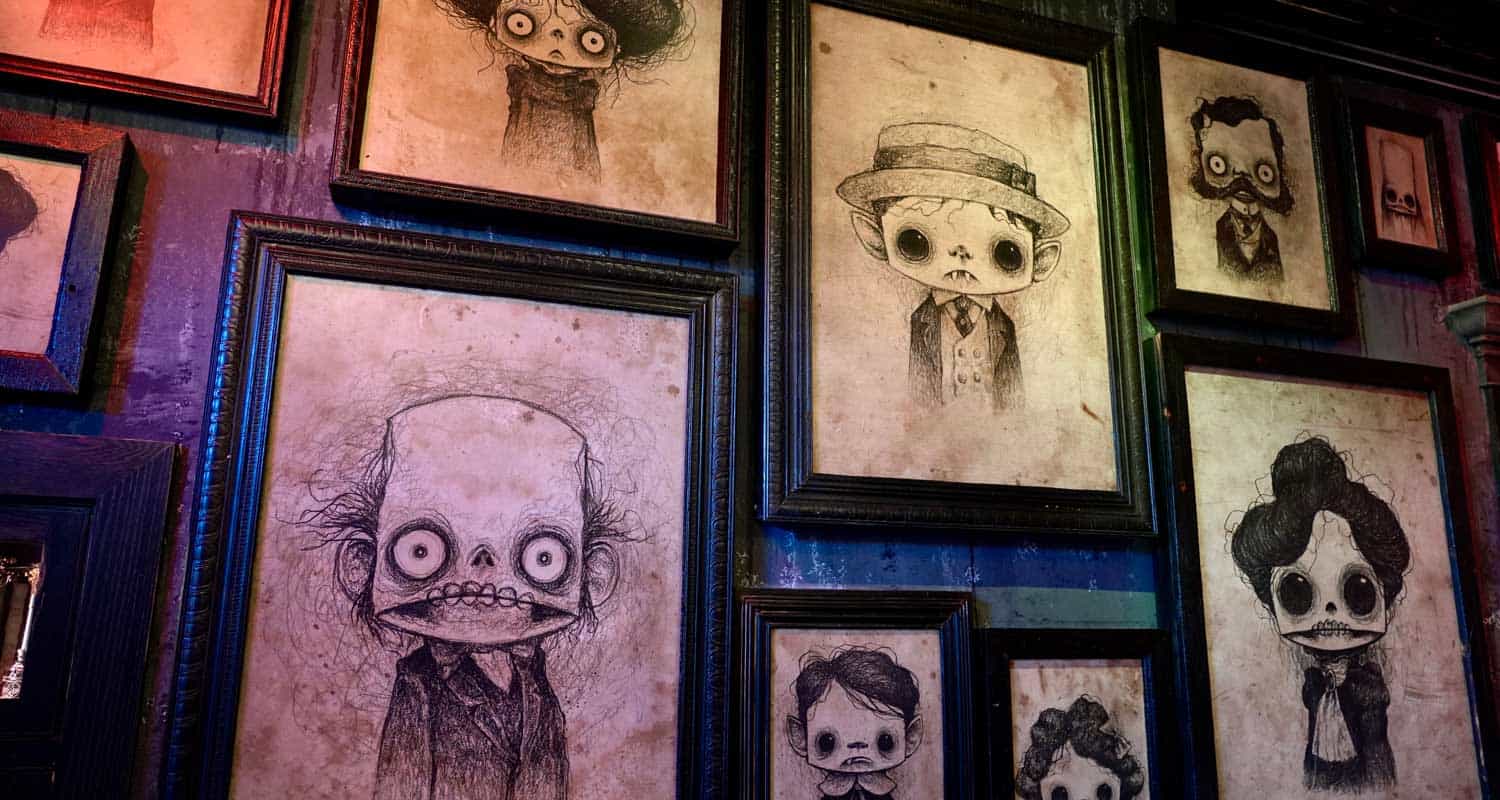 If you’re a cookie monster a stop at Gideon’s Bakehouse at Disney Springs is a must-do. I highly recommend going and getting in their virtual queue before noon. The cookies go quick and the line does completely fill up before Disney Springs closes so this is not a stop to sleep on. Gideon’s Bakehouse Quick Breakdown Service: Quick Service Type of Food: Cookies, Cake, Coffee Price: $ Location: Disney Springs Disney Dining Plan: No Discounts: None Features: Virtual Queque Good For: Dessert, Treats, Coffee Menu: Official Menu Gideon’s Backstory Did you know that Gideon’s is a locally owned small business that started here in Orlando Florida? Gideon’s original location opened in late 2016 at Orlando’s East End Market with one employee and an $800 budget. The Bakehouse quickly gained international recognition for its almost ½-pound, small-batch handmade cookies. Word quickly spread, and lines up to 80 minutes long became a regular sight. Now locals and visitors alike all line up hoping to get their hands on their favorite flavor before Gideon’s sold out. How the Virtual Queue Works When we say the line gets long at Gideon’s Bakehouse, we aren’t joking. The line here on some days gets up to 6 hours long. Often times 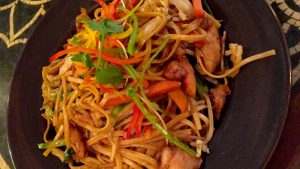 The Yak and Yeti serves up pan Asian cuisine at the Animal Kingdom in Walt Disney World. You will find this restaurant in Asia at the back of Animal Kingdom near Kali River Rapids. Once again Disney has a fantastic backstory (which you can read on the menus) for Yak and Yeti. To summarize, a wealthy merchant from Anandapur, Arjun, has fallen on hard times. As a result, he’s turned his regal home into a hotel and restaurant. Throughout Arjun’s extensive travels, he’s amassed an impressive art collection which he displays throughout the restaurant. Quick Breakdown Service: Table-Service Type of Food: Steak, Chicken, Allergy Options Price: $$ Location: Animal Kingdom, Asia Disney Dining Plan: Yes, 1 Credits Discounts: Annual Passholder,  Landry’s Select Club Features: Reservations, Alcohol Good For: Casual Dining Menu: Official Disney Dinner Menu A Tour Around Yak and Yeti You can’t miss the Yak and Yeti Restaurant. It sits right at the start of Asia. If you are taking the bridge from the front of the park you will pretty much end up outside here. The story goes that a rich merchant, Arjun, has fallen on hard times and has turned his large home into the Yak & Yeti Hotel. The hotel is the kind of boutique 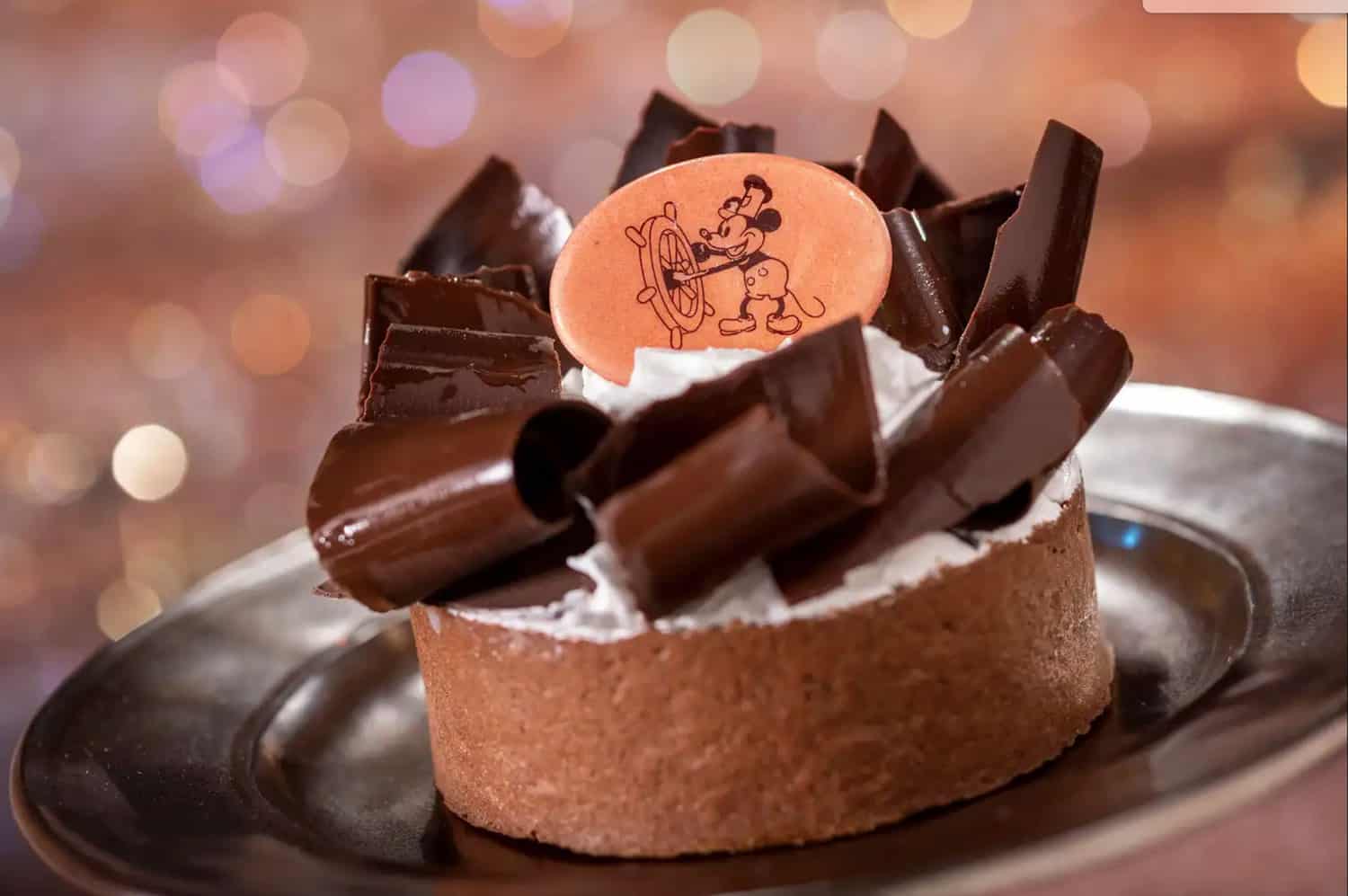 The 50th anniversary of Walt Disney World Resort is a time to celebrate Walt Disney’s legacy and vision. Walt knew food could be much more than just something you eat, but rather an entertaining, experiential and essential element of immersive storytelling. This means it’s time to dig into all the Disney World 50th Anniversary Food! New food and drink selections for “The World’s Most Magical Celebration” honoring the 50th anniversary bring Walt’s vision to life in new ways, offering nods to the resort’s past while pushing culinary adventures to exciting new places during the 18-month event. These include theme park classics and inspiration from some of Walt Disney’s favorite meals, along with novel dishes and drinks full of color, whimsy, and a touch of EARidescent shimmer. Walt’s personal recipes, past and present attractions, and nostalgic dishes from 1971 all serve as inspiration for the creative and whimsical food and beverage specially made for “The World’s Most Magical Celebration.” Walt’s palate was relatively simple, with some of his favorite meals including meat and potatoes, chili, prime rib hash, and fried chicken, along with lemon, apple, chocolate, and bread pudding desserts. Disney chefs looked to his recipes from the archives and reimagined them for 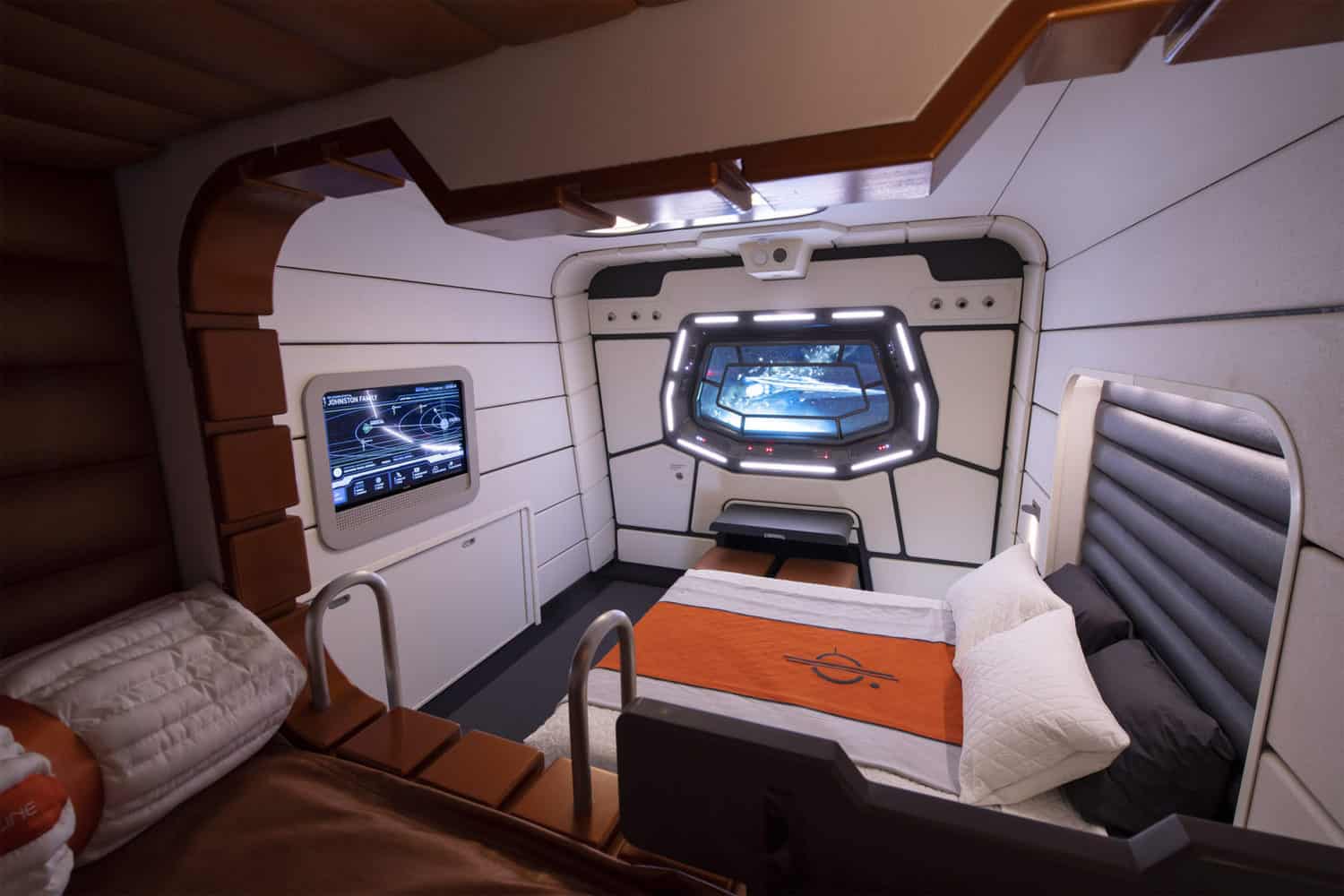 The inaugural voyage of Star Wars: Galactic Starcruiser at Walt Disney World Resort will depart March 1, 2022. General bookings for this first-of-its-kind immersive adventure in a galaxy far, far away open Oct. 28, 2021. Some Disney and Star Wars fans, including Disney Vacation Club members, Disney Passholders and Disney Visa Cardmembers, will receive special booking opportunities ahead of the general booking date. Star Wars: Galactic Starcruiser is a vacation experience going beyond anything Disney has created before, inviting guests to become the heroes of their own stories during a two-night adventure where they see, feel and live Star Wars. They will travel the galaxy in style aboard the glamorous Halcyon starcruiser, known for its impeccable service and exotic destinations. They will stay in well-appointed cabins, experience exquisite dining and out-of-this-world entertainment, visit Star Wars: Galaxy’s Edge at Disney’s Hollywood Studios, and much more. Throughout the voyage, guests’ choices will determine their personal adventures as they interact with characters, crew and other passengers they meet and become part of the action and the broader Star Wars saga. Decisions guests make will affect how their individual stories unfold as they seize control of their destinies – and potentially impact the fate of the galaxy. From Walt Disney World Resort to 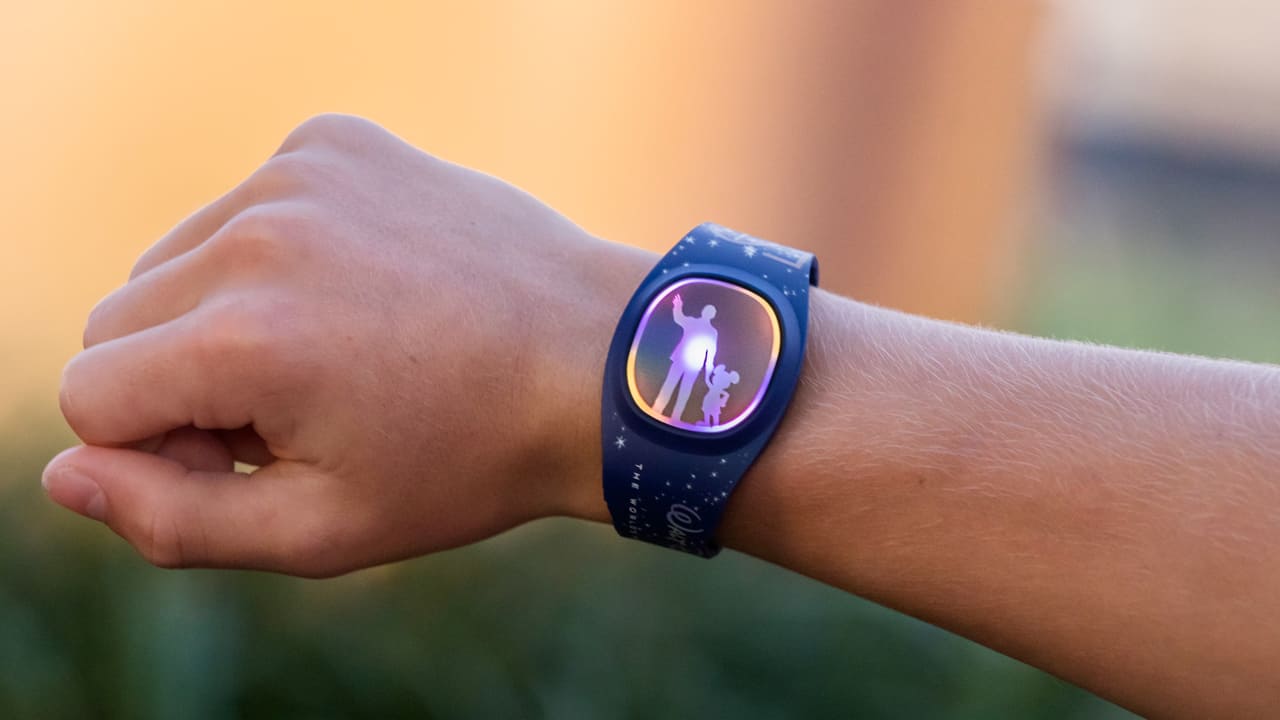 Innovation is essential to The Walt Disney Company story, dating back to its inception nearly a century ago. This week, the company unveiled two new technological achievements destined to carry its theme park and resort guests’ imaginations into the future – the MagicBand+ wearable and the “Hey Disney!” voice assistant. Both cutting-edge innovations will debut in 2022 at Walt Disney World Resort as part of the vacation destination’s 50th anniversary celebration. These innovations continue to build upon the Disney “theme park metaverse,” where technology is part of the magic – seamlessly integrating the physical, digital and virtual worlds to help guests navigate Disney properties and platforms. Here, guests immerse themselves in Disney stories, connect with characters they love, and share unforgettable experiences with the world, creating new magic in ways only dreamed of before. MagicBand+ Unlocks New Interactive Experiences at Walt Disney World Resort In 2013, Walt Disney World Resort introduced the MagicBand, a revolutionary way to make the guest experience in its theme parks and resorts more convenient and hands-free, including park and guest room entry, retail and dining, Disney PhotoPass, and more. The next-generation MagicBand+ will retain those popular features and add new functionality to unlock experiential moments of magic 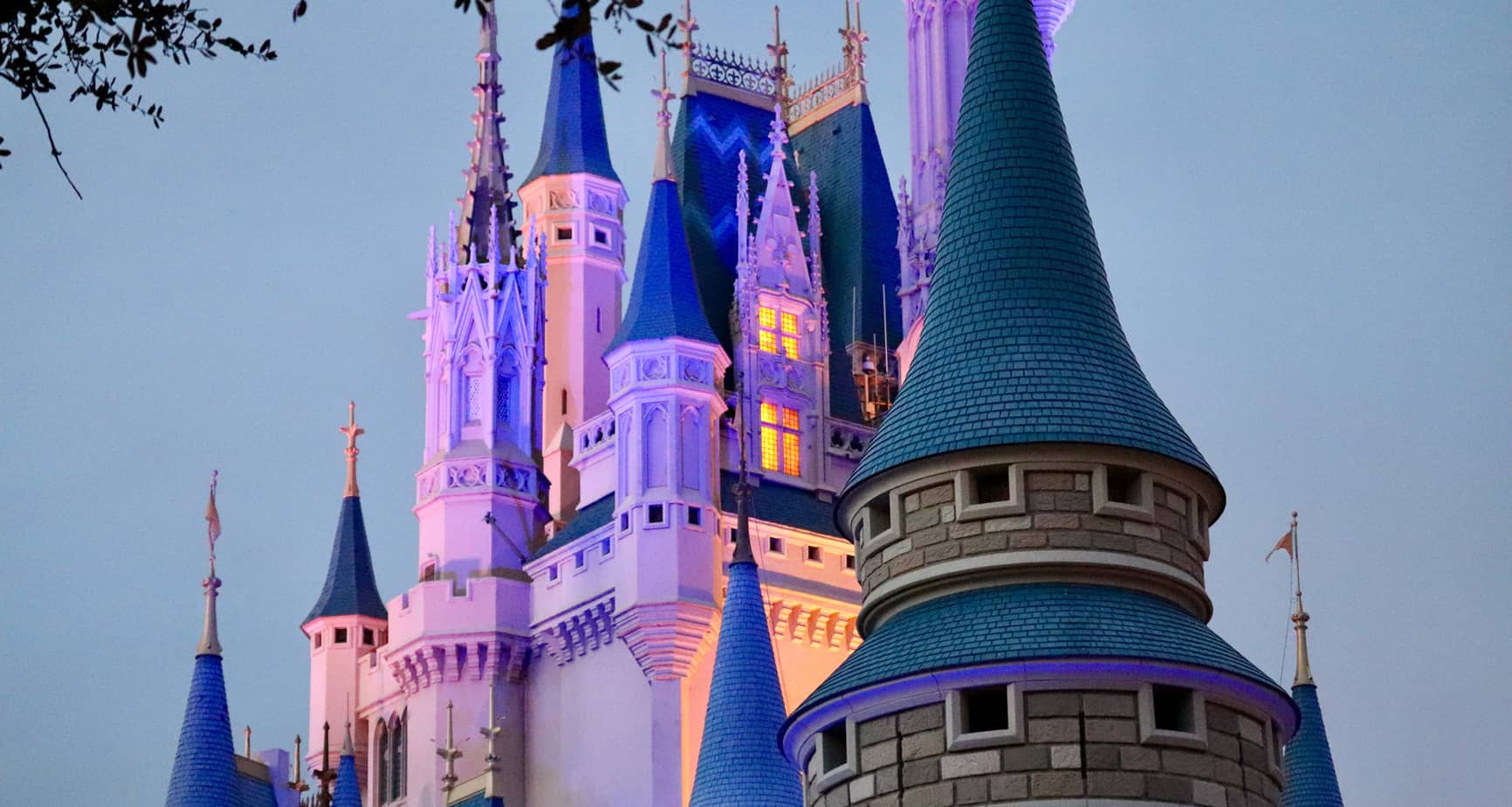 If you’ve visited Walt Disney World, chances are you’ve stumbled across a Hidden Mickey during your stay. A Hidden Mickey is a strategically placed Mickey-shaped image that Imagineers hide all across Disney World property, including in rides, attractions, resorts, and restaurants. Perhaps one of the most well-known Hidden Mickeys is in the formation of the plates in the ballroom scene in the Haunted Mansion. Many times, these Hidden Mickeys aren’t so hidden, but then again, sometimes they’re so hidden in plain sight that you could walk past it 100 times and never even realize it.  History of Hidden Mickeys  The history of Hidden Mickeys can be traced back to the 1970s and 1980s when Walt Disney’s vision for an Experimental Community of Tomorrow was being brought to life. During EPCOT’s construction, it’s strongly believed that Imagineers wanted to slip in references to Mickey Mouse throughout the park since he was being restricted to just Magic Kingdom. EPCOT was not going to be thought of as a “kiddie” park, I guess you could say, but leave it to a bunch of giant, imaginative kids to think otherwise! Over time, guests began to notice these Hidden Mickeys, and the game as we 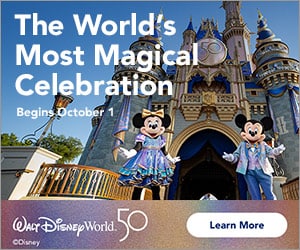