Disney Wonder adds new experiences in 2016. The Disney Wonder was the last ship to get some Disney TLC. The featured enhancements include an exclusive new theatrical production, imaginative spaces for children, a jazzy restaurant, and an English pub.

Below is the official release of the new additions from Disney.

New Offerings on the Disney Wonder 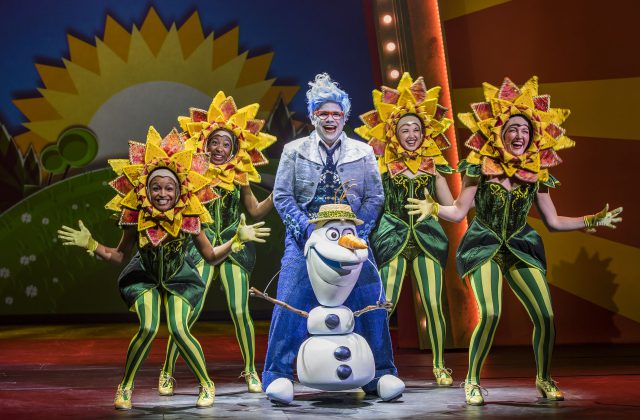 Exclusively aboard the Disney Wonder, ““Frozen, A Musical Spectacular”” tells the classic story of “Frozen”.

The beloved animated hit “Frozen” debuts as a new stage show exclusively aboard the Disney Wonder. The story is presented like never before, with an innovative combination of traditional theatrical techniques, modern technology, and classic Disney whimsy.

“Frozen, A Musical Spectacular” follows the captivating adventure of royal sisters Anna and Elsa as they embark on a journey to discover the meaning of sisterhood, inner strength, and true love. Fans of the film and newcomers alike are enchanted by favorite characters brought to life onstage and beautiful renditions of the movie’s iconic music.

The show features dynamic costumes and sets, remarkable special effects, and spectacular production numbers that delight Disney Cruise Line guests in new and surprising ways. The Walt Disney Theatre is the perfect setting to immerse audiences in the kingdom of Arendelle.

Songs like “For the First Time in Forever” and “Love is an Open Door” are expanded into ensemble pieces and the film’s wintry wizardry is realized in lavish production numbers of “In Summer” and “Fixer Upper.” 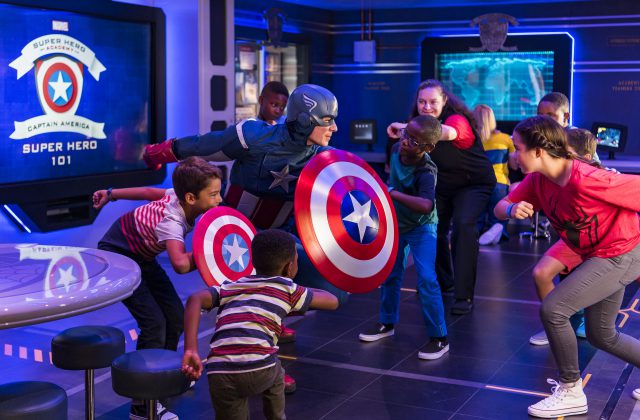 On the Disney Wonder, young guests get a special visit from Captain America while training at the Marvel Super Hero Academy in Disney’s Oceaneer Club.

The Marvel universe comes to life in Marvel Super Hero Academy. Here, young guests can train to develop the brave and adventurous heroes inside themselves. It’s an exciting addition to Disney’s Oceaneer Club, the engaging and interactive space just for children.

Exclusively on the Disney Wonder, Marvel Super Hero Academy offers extraordinary adventures in which each young guest plays an integral role. With the mentorship of some of Marvel’s greatest Super Heroes, young trainees learn the value of teamwork, bravery and problem solving through hands-on play and programs.

In one mission, Spider-Man appears in person to help children hone their spider senses by perfecting their skills of reflex, speed and sharp minds. Children work on their web-slinging and then get to see themselves in the headlines of the Daily Bugle.

The high-tech command post is also where other Marvel Super Heroes interact with children via a large digital display, helping them unleash their inner heroes. In one program, kids can control the movement of a character on screen to practice super skills like repulsor blasting.

Throughout the academy, displays feature equipment that helps make Marvel Super Heroes the mightiest in the universe. 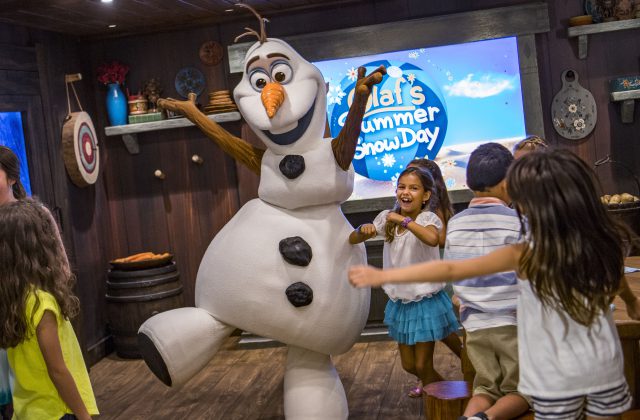 These and other spaces provide the perfect settings for children to meet their favorite characters, dance, play and just have fun with them.

A new It’s a Small World Nursery delights the youngest cruisers with a whimsical world inspired by the style of the legendary theme park attraction. 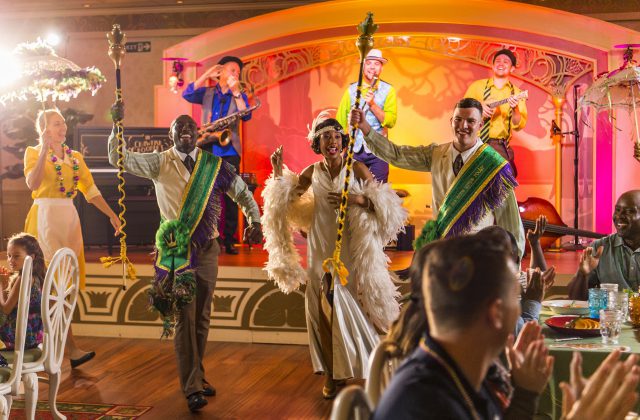 Tiana’s Place is inspired by Princess Tiana from the Disney animated feature, “The Princess and the Frog.”

Exclusive to the Disney Wonder, Tiana’s Place restaurant transports guests to an era of southern charm, spirited jazz and street party celebrations. With a menu influenced by southern-style cuisine, Tiana’s Place provides food for the body and soul, showing that dreams and dishes come true.

Guests of Tiana’s Place, the restaurant inspired by Princess Tiana in the Disney animated feature, “The Princess and the Frog,” are treated to a celebration of New Orleans dining and entertainment. Live music is performed on the main stage, with rhythmic, toe-tapping notes of jazz, swing and blues setting the tone for the French Quarter supper club atmosphere.

Guests savor Tiana’s tantalizing recipes that draw inspiration from the flavors and ingredients of the Louisiana bayou. Tiana’s personal touch is evident in the menu, the entertainment and throughout every detail in the restaurant. From Tiana’s family photos to water lily-shaped candleholders to her framed culinary awards – all help tell the timeless tale of Tiana’s journey from waitress to frog to princess to proud restaurant owner. 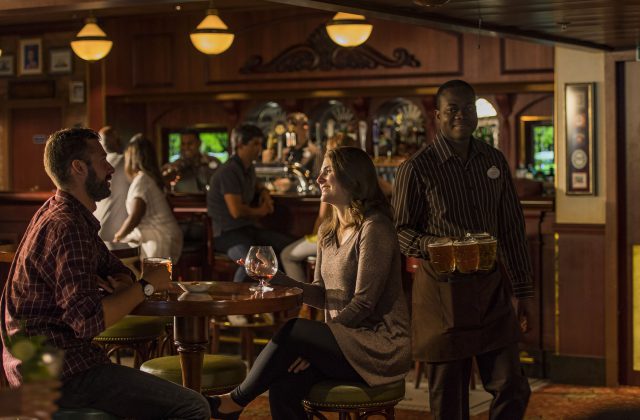 Experience Crown & Fin Pub – an authentic English tavern and a new addition to the After Hours adult district on the Disney Wonder.

The adult district includes a brand-new pub that invites guests to take a jaunt to an authentic English tavern. Crown & Fin Pub dons dark woods, plush leather furniture and brass accents that are reminiscent of a friendly neighborhood pub. A selection of British and specialty beers create the perfect pub atmosphere, where adult guests can sip a pint or cocktail, or sample a brew made especially for the pub.

Observant guests may discover this is no ordinary pub. Subtle nods to classic Disney films set in London can be found in artwork, props and other bits ‘n bobs throughout the space. Brilliant stories of all sorts will be celebrated at the pub, whether those tales be true, tall or flat-out mad.

Enhancements from Stem to Stern

Throughout the Disney Wonder, other new and enhanced areas include:

The ship’s upper decks also are redesigned for waterful enjoyment: